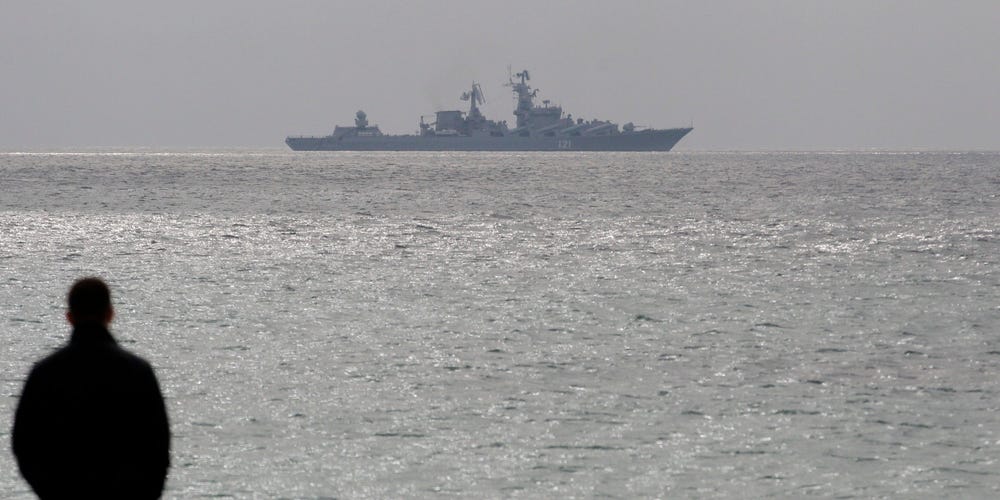 After most likely losing its longstanding amphibious blockade of Ukraine’s coast along the Black Sea, Russia threatens more attacks on Kyiv and sends a letter to the State Department, threatening “unpredictable consequences” if the U.S. sends more arms shipments to its rival.

According to Reuters, officials in Moscow said more than 500 sailors have been evacuated from the ship, but did not confirm whether they sustained any injuries.

Russia has also not given credit to Kyiv for the missile strike, saying that Moskva sank after an ammunition explosion caused a fire on the ship as it was being towed across the “stormy seas.”

Ukraine’s latest attack was more than a symbolic blow to Russian forces, which invaded the country 50 days ago. For years, Russia’s navy has been blockading Ukrainian ports along the Black Sea as a potential threat to land along the coast. Now that Moskva’s gone, Russia may have lost its amphibious landing potential in Ukraine, Reuters reported.

Russia retaliated Friday with a missile strike on a plant that made anti-ship missiles in Kyiv. The strike took place two weeks after Russian forces withdrew from Ukraine’s capital after failing to capture Kyiv. Russia has also threatened further attacks on Kyiv for Ukraine’s successful strike on Moskva.

On Thursday, February 24, Putin invaded Ukraine in an attempt to unify the two countries, which were part of the Soviet Union before its collapse in 1991. Other motivations for invading Ukraine were to keep the country out of NATO, which Putin perceives as a threat, and to defeat nationalists in Western Ukraine, where the relatives of Stephen Bandera, the former head of the Organization of Ukrainian Nationalists, who teamed up with the Nazi’s during World War II, came to power following a coup in 2014.

According to Reuters, Kyiv and its Western allies feel Russia’s nationalist claim is a dubious justification for a war that has forced a quarter of Ukraine’s 44 million residents from their homes.

Russia has taken action against the United States as well. According to The Washington Post, Moscow sent a diplomatic note to the State Department warning “unpredictable consequences” if the United States continues to send weapons to Ukraine.