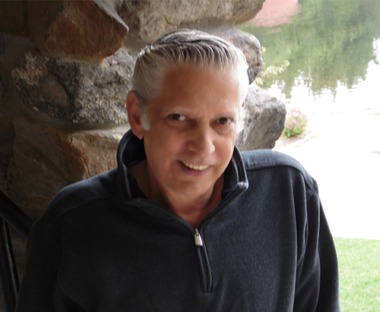 Sonny Levine, the station manager of WLPZ, says a former volunteer who claims he denies the community access to the station, attempted to run him over with his truck after he was fired.

LEOMINSTER — Owen “Sonny” Levine, the station manager of WLPZ, says the claim made by former volunteers that the station denies access to the community is baseless.

In a story published by News Link Live yesterday, former WLPZ volunteers Domenic Ciccone (who was fired) and Scott Lanciani said Levine had too much sway over the station, keeping Leominster residents off the air and denying access to potential volunteers who wanted to do shows that weren’t oldies or country-music based.

In yesterday’s article, Ciccone said, “The mayor, earlier on, wanted this to be a place where Leominster citizens got on the air to do programs, but there are only two Leominster residents who have programs. The other six are from surrounding towns…who decides?”

Levine countered saying the reason so few Leominster residents are on the air is because that’s how many people happened to volunteer. The biggest problem encountered with volunteers, says Levine, is the fact that the station is fully automated and some of those who come in off the street are not computer literate. He added that these individuals are provided CDs with the station’s software on them, so they can practice at home after they are given extensive training.

“We only have two people from Leominster to volunteer, that’s why we only have two,” said Levine. Adding, “I have never ever turned anybody away at the door. When I took the responsibility from the mayor, he didn’t say that I had to work exclusively with Leominster residents. I wrote up a whole curriculum and we are actually giving classes.”

Levine, who was in the army for 32 years and is a two-time cancer survivor, once from Agent Orange in Vietnam and the second from throat cancer which he has been holding steady at stage three, added that he’s never turned anyone away from the station.

Lanciani said that Levine rejected potential volunteers who wanted to do talk shows, adding that Levine is only interested in pitches for country or oldies-based music shows.

Levine countered this claim saying the only show pitches he’s had to reject were those that promoted a given business or product.

“The only time I ever turned anyone away was when they wanted to do a show on a business they had,” said Levine. “Low power FM (LPFM) is noncommercial, because it is noncommercial, we can’t do anything about any businesses.”

LPFM stations are a special class of FM stations authorized exclusively for noncommercial educational broadcasting that are licensed to operate with 100-watts, or a three and half mile radius. Only government or non-profit entities are eligible for LPFM licenses, which are issued by the Federal Communications Commission.

Levine said that because of the noncommercial clause of WLPZ’s license, he had to reject a woman’s pitch to do a show about her business and another show proposed by a local psychic who wanted to give live readings over the air as a means of promoting her business. As a way of example, he added that if the Girl Scouts were selling cookies down the street, he couldn’t name the price of the cookies on the air because of the licensing agreement of LPFM stations.

“Anything that has to do with money, we can’t say it,” he said.

From June 2018 to October 2019, Ciccone had a two hour-long show of eclectic music on WLPZ. Called “Exotica-Cool, Strange Music,” Ciccone’s show ran from 6-8 p.m. every Tuesday.

Levine fired Ciccone on August 23, 2019 for playing bootlegged music. In 2019, Levine said he got a letter from SoundExchange saying the station was not compliant with their streaming efforts by not paying a licensing fee to stream online as well as royalties. SoundExchange is the sole organization designated by Congress to collect and distribute digital performance royalties for sound recordings.

Unfamiliar with streaming at the time, Levine said, “I looked at it [the letter] and said ‘what’s this about?’ I am an old man, old school techie guy. I have to admit streaming was new to me at this point.”

Levine said he was facing $8,200 in fines from SoundExchange until he touched base with other local broadcasters who told him to sign up for Live 365, a company that manages the licensing fees and royalties of radio stations for a monthly fee of $85. Levine got out of the $8,200 bill by signing up for Live 365, which has one stipulation, that every song has to be 96 or 128 bitrates. Levine decided to standardize the station’s tracks to 128 bitrate.

“We made it a standard – 128 all across the board – to make it easier for everybody to understand,” he said.

Levine said that after this new rule was stipulated, Ciccone continued playing songs that were not converted to the proper bitrate, which put him in the uncomfortable position of having to firing Ciccone.

“He [Ciccone] had a great show, he had a great personality on air,” said Levine, adding that it was his responsibility as station manager to ensure that the laws of the airwaves were abided by.

Levine also said that after Ciccone was terminated, he tried to run him down in his truck when he attempted to retrieve the station key from him in the parking lot.

Levine said that as he stood in front of Ciccone’s truck in the parking lot, Ciccone drove at him and slammed the brakes before hitting him. He did this repeatedly. It was after this incident that Levine flagged down Patrol Officer Garrett Hardy on Church Street. Omitting the incident in the parking lot, Levine told Garrett that Ciccone needed to return his station key, which made him “scared he would go into the station to cause issues,” according to the police report.

Ciccone responded saying that Levine physically blocked him from leaving the garage and WLPZ volunteer Jeff Weller was witness to it all:

“So, we are in the studio and I asked for a written dismissal and explanation. Asked to stay off air. (No to both),” said Ciccone. “To diffuse the situation, I walked out of the studio to my truck in the top-level parking garage. I was trying to drive away. Sonny Levine followed me and blocked me from leaving the garage at the top of the ramp. With his body. Stunned, I just parked the car and got out of the car and went in to Jeff’s car. He had just finished his show (it was a Thursday like today after 1p.m.) I had no idea what do to…..Levine flagged the officer and Jeff witnessed the entire conversation. I was not going to argue with a police officer.”

Lanciani said that after his work schedule changed, he needed a new weekend slot. He added that for months he attended station meetings assuming he’d get a new slot soon until one fateful day when Levine kicked him out of a meeting stating it was only for those who were presently on the airwaves.

Levine said that what actually happened was entirely different. He alleges that Lanciani, who rarely attended meetings and who’s nephew had a radio show at the station at the time, never bothered to approach him after his work schedule changed.

“Every late Friday afternoon, his nephew Tony had a sports show and Scott would sit with Tony every Friday and Scott knew that I was there,” said Levine. “This went on for months and months and months and not once did he approach me with ‘how are we doing on Saturday?’ Every time he would leave and not say anything to me.”

Regarding the meeting incident, Levine said the meeting Lanciani attended happened to be a special meeting in a new location with the mayor designed to address the new technical stuff at the station that Lanciani wasn’t privy to because, by that time, he had been off the airwaves for at least a year and a half.

“Scott came for a meeting about new things they were introducing with the mayor and to the people that were on air [in case] there was any questions,” explained Levine, who added that the reason he told Lanciani to leave was because he hadn’t been on the air for so long, he needed to attend a different meeting where both the new and old technologies were going to be combined for instructional purposes.

Levine added, “What he did was rather than talk to me, he stormed out, went home and blasted me on Facebook and anywhere he could saying I was a sorry SOB and anything else and there were three other people who witnessed the conversation.”

Levine added that despite what Lanciani said, he liked working with him and would consider bringing him back on as a volunteer at WLPZ if he was still interested.