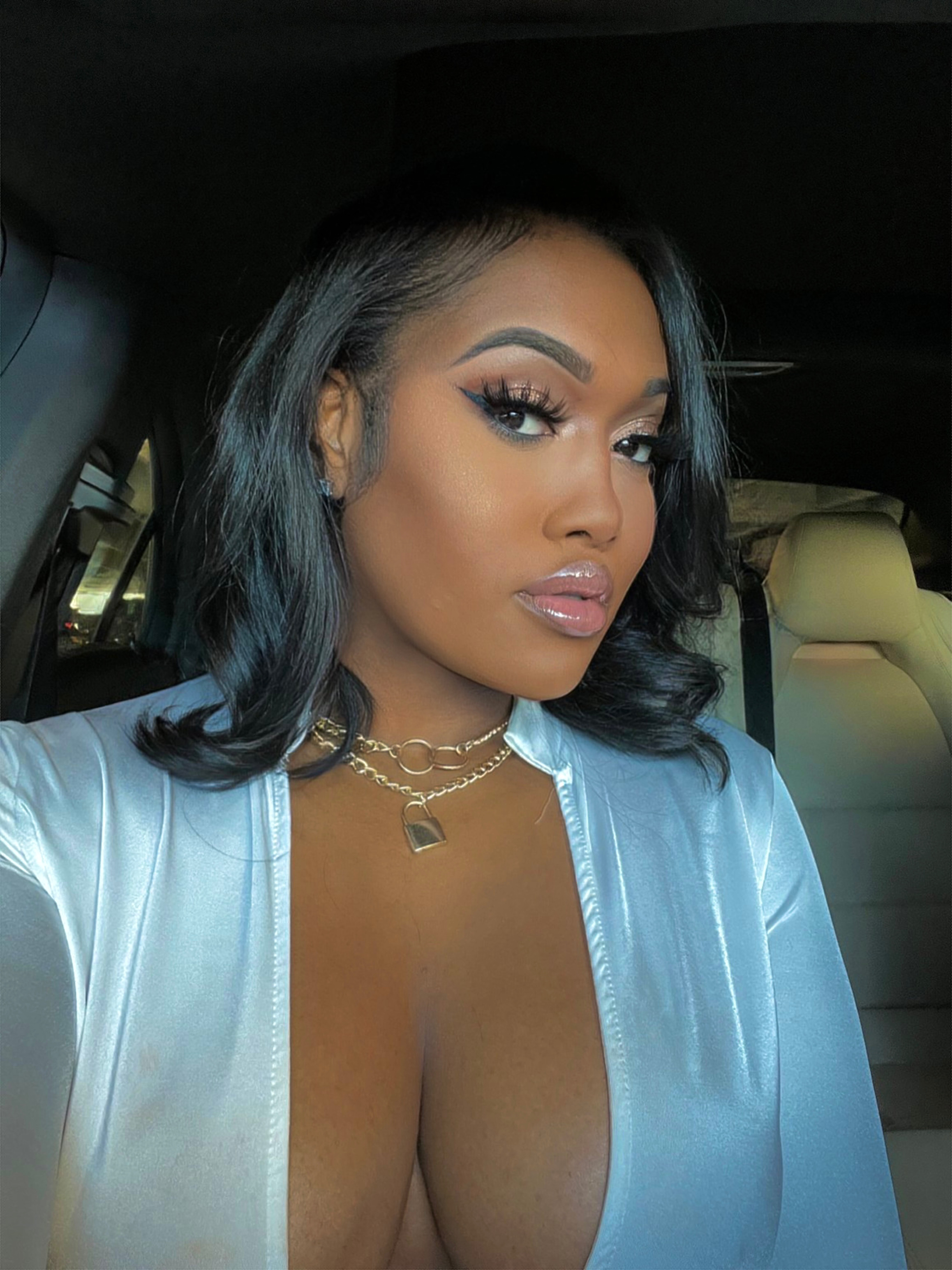 In an exclusive interview with News Link Live, "Ashley D" opens up about her love life, her experience working as an adult model during the pandemic, and the absurdity of the stigma surrounding sex.

ATLANTA — Ashley Davis’ foray into adult modeling was anything but planned.

It all began about nine years ago, while working as a personal assistant to celebrity makeup artist Jacen Bowman in Philadelphia, where she’s from. Bowman asked Ashley to fill in for a no-show model and the rest is history.

Thanks to her natural beauty, Ashley’s amassed quite a following in a business where many stunners are left largely penniless.

Today, she has about 405,000 followers on Twitter. As for what her Twitter followers expect of her, well, that’s an entirely different can of worms.

“I’ve had all types of different things. I’ve had guy who wanted to buy panties and I’ve

also had guys who just wanted to FaceTime me to talk to me, so it varies,” she said.

Ashley said her social media following grew organically from the music videos and men’s magazines she’s appeared in over the years. She’s also been on OnlyFans for about five years now. And while her career path has given her financial independence, it has made the already treacherous minefield of modern dating that much more difficult to traverse.

“Dating is intense,” said Ashley, who is currently single. “I dated someone who did OnlyFans as well. As far as dating, when I meet someone, they are like ‘What do you do for work?’ and I am like, ‘Well, I have a big following, I do OnlyFans…and they are like ‘OnlyFans? So, are you just out there getting done by everybody?’ Then you have to have those conversations, which is a little weird for a first date.”

When asked whether society’s Puritanical stigma about the adult industry is worse than the downsides of being in the business, Ashley agreed.

“The reason it baffles me is because everyone has sex,” said Ashley, whose parents are Jehovah’s Witnesses.

“My parents are super religious; they are Jehovah’s Witnesses. They were each other’s only sex partners in life and when they got divorced – the year I was born – they haven’t been with anybody since. It’s kind of an oxymoron to have me as a child,” she said.

Ashley said her mother is accepting of her career choice and her father has largely turned a blind eye to it.

“My mom is like my best friend so I told her, my dad like ‘no,’” she quipped. Later adding, “I don’t think he wants to know either, to be honest.”

“It’s a bit of both. It’s empowering because you take charge of what you want to do. It’s your body, you choose to do what you want with it and you embrace it, but at the same time, it can be demeaning because people tend to demean. They say things that they wouldn’t say to people on the street, they think they are entitled to you,” she said.