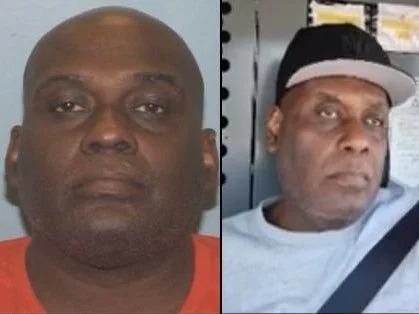 Courtesy Photo/NYPD: Frank James, the suspect who was arrested for the Brooklyn subway bombing that took place Tuesday morning.

Several theories are circulating about how the suspect was finally caught after more than a day-long manhunt by authorities.

BROOKLYN, NY — Frank James, the suspect who was taken into custody for Tuesday’s Brooklyn subway attack, was charged with a federal terrorism offense.

James, 62, was arrested in the East Village Wednesday, a day after he allegedly injured 29 people on a crowded subway car in Brooklyn, The New York Times reported.

According to the Associated Press, James set off smoke grenades before firing 33 times into an N train subway car with a 9mm handgun a little before 8:30 a.m. Tuesday. Though all victims survived, five are presently in critical condition, the AP reported.

James was charged with committing a terrorist act on a mass transit system, according to Breon Peace, the U.S. attorney for New York’s Eastern District.

James was also a YouTuber for years. In one video, James complained about Mayor Eric Adams’ inability to address mental health and homelessness in the city:

“Eric Adams, Eric Adams: What are you doing, brother? What’s happening with this homeless situation,” he said in reference to the subway, The New York Post reported. “Every car I went to was loaded with homeless people. It was so bad, I couldn’t even stand. I had to keep moving from car to car.”

Although officials are still trying to figure out what the motive was for the attack, there are several theories circulating about how James was apprehended after a massive manhunt that went on for more than a day.

According to the New York Times, James was apprehended after a tip came in from a McDonald’s on Sixth Street and First Avenue. Although he wasn’t at the McDonald’s, police did eventually find him nearby on the corner of St. Marks Place and First Avenue in the East Village, where he was taken into custody without incident shortly before 2 p.m. Wednesday.

Meanwhile, according to the Associated Press, investigators found James’ name when they traced a gun he left at the scene back to a pawn shop in Columbus, Ohio in 2011.

And according to The New York Post, James “called Crime Stoppers on himself Wednesday morning — then calmly went for an afternoon stroll through the East Village.”

If convicted, James could spend the rest of his life in prison.