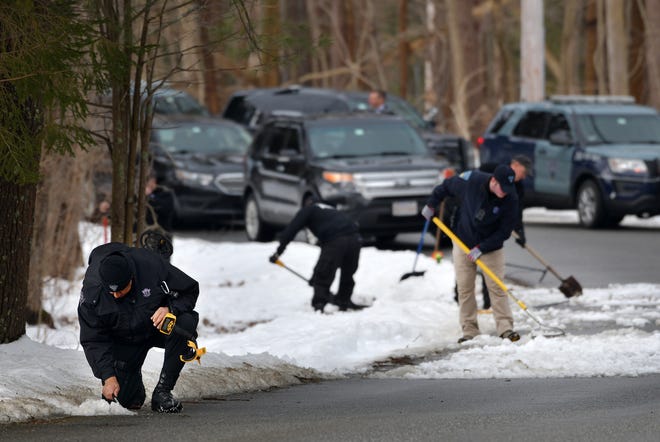 Police say the man’s body was found in Paxton by a passerby several days after he was shot in the torso.

SPENCER — A Worcester man was arraigned in East Brookfield District Court today on a murder charge stemming from the death of a man whose body was found in Paxton last March, according to Worcester County District Attorney Joseph D. Early, Jr.

According to a release announcing the arraignment, issued by the Worcester District Attorney’s Office, Christopher Fuller, 30, of Worcester has been charged with one count of murder in the death of Earnest Appiah, a 29-year-old Worcester resident.

Fuller was arrested at his Worcester residence without incident Monday.

Appiah’s body was found by a Paxton resident just before 7 a.m. on March 5 in the woods off of Asnebumskit Road. According to the Worcester District Attorney’s Office, Appiah was shot in the torso and the Chief Medical Examiner ruled Appiah’s death a homicide.

A break in the case came for detectives when they were informed that a cell phone belonging to Fuller that was in a cell phone case which also contained his license was found near the body and turned over to Paxton police on March 2.

According to court documents, police pinged two cell phones belonging to Fuller and determined that they were both in the area of the body the night Appiah was suspected of being killed.

Fuller’s white Mercedes was also caught on surveillance camera heading toward Paxton that same night. Police conducted a search of Fuller’s Mercedes and found gunshot residue. Fuller is also alleged to have admitted to police that he killed Appiah and buried him in the snow, according to court records.

A motive for the killing is not known at the present time.