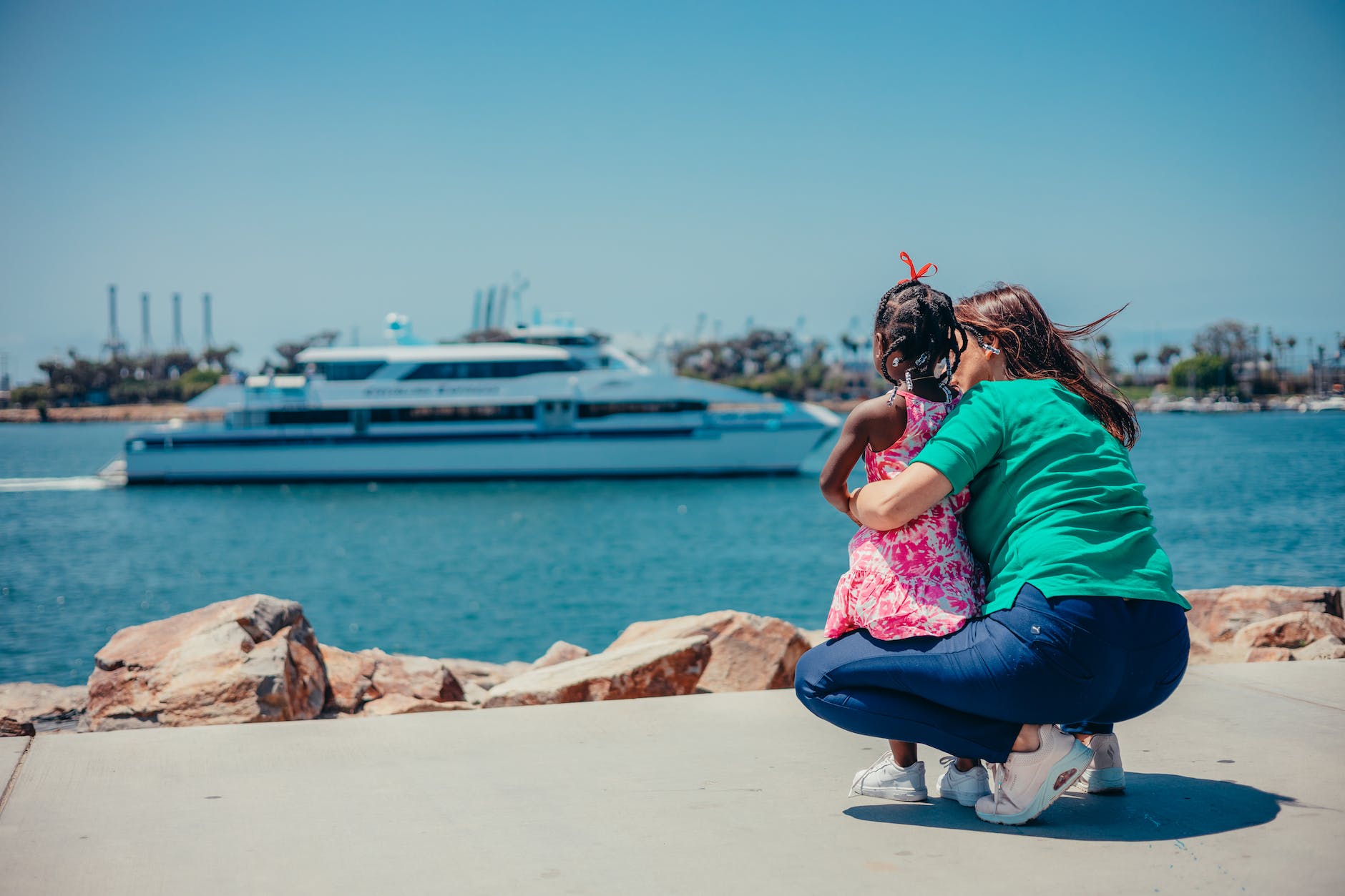 Courtesy Photo/Kindel Media: Mother and daughter look on from a bay as a ferry passes by.

Theorists say this "reflects profound patriarchal surveillance and constraints placed upon" women, which serve as a backlash against feminist gains in childcare and familial structures.

According to a report released last March by Pew Research Center, about 47% of American adults say single women raising children on their own is “generally a bad thing for society.”

The report, which is based on the results of a survey conducted last October, also found that the share of adults with this negative sentiment toward single mothers increased 7 percentage points from 40% three years ago. Meanwhile, in 2021, 43% said it “doesn’t make a difference” and 10% said single mothers raising children on their own is actually “good for society.”

So, why do nearly half of American adults vilify single mothers, while single fathers are lauded?

According to everydayfeminism.com, “negative views about single motherhood tend to stem from a conviction that there is something inherently wrong or damaged about a single mother as a person.” This belief arises from a lack of gender parity derived from gendered beliefs about men and women’s roles when it comes to parenting.

In response to the aforementioned Quora query, in 2018, Alex Duval, who studied psychology & women’s studies at University of Guelph (in Canada) said:

“Society doesn’t look down on single moms. Society looks down on mothers who don’t work, and also happen to be single.” Later adding, “Single moms who don’t work are seen (rightfully) as leeches on other hard-working people.”

According to everydayfeminism.com, the reason single mothers are nearly twice as likely to live in poverty than single fathers is because of the economic disparities that exist between the sexes. Compounding this fact is data from a 2013 Pew survey which found that 76% of single parent households are headed up by single mothers.

“Who cares what society does? I love being a single mom, it’s awesome! The kids love it too! Society is making every attempt to oppress women and marriage is a big part of that plot,” wrote Andreea Kennedy on Quora.

Views on the potentially deleterious effects of single motherhood also split among party lines. According to Pew, 62% of Republicans and Republican leaners say single women raising children alone is bad for society (up 9% from 2018), while only 36% of Democrats and Democratic leaners say this is bad for society, an increase of 6 points from three years ago.

When asked “Why do people seem to have such disgust and hatred towards single mothers?” on Quora, Lisa Russell, a mother of six said:

“Because her existence challenges the value of men in society. She’s parenting alone, she’s often solely responsible for her family financially and she’s not dependent on a man for her existence. Weaker men are intimidated by this.”

Russell shares the view of third wave feminist theorists who argue that antipathy towards single mothers arises from “an ideological backlash against feminist gains in the arenas of childcare and the family.”

This backlash is exemplified by a so-called “new momism” that makes negative media spectacles of women who kill their children, while praising celebrity mothers for their parenting style.

“Today’s woman, according to the ideology of the new momism, is not complete without a child, she must be the primary care-giver of that child, and she must devote herself utterly to her children. While seemingly a celebration of motherhood, this message reflects profound patriarchal surveillance and constraints placed upon and internalized by women.”