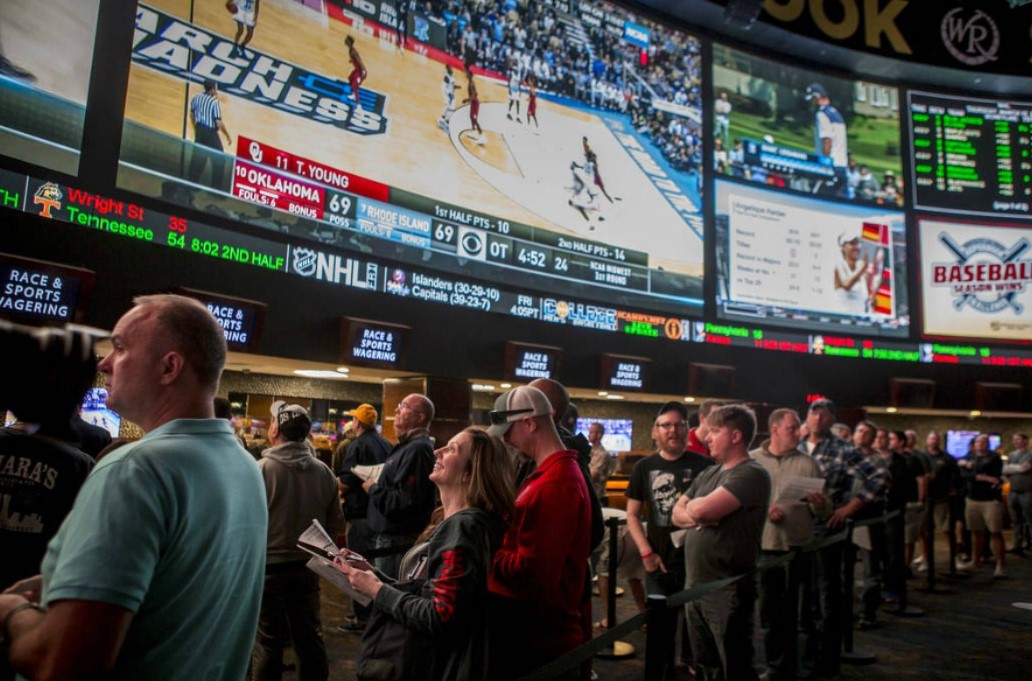 The Senate’s bill allows for betting on professional sports, but not for collegiate sports. Perhaps our Puritan past is to blame…

BOSTON — Massachusetts is going to be the thirty-fourth state to legalize sports betting.

Last Thursday, the state Senate passed a bill that would legalize sports betting for professional sports such as the MLB, NBA, NFL and NHL.

“For years now, Massachusetts has been falling behind on sports betting, leaving this huge market segment to neighboring states and the black market,” said Senator Michael Moore (D-Millbury).

Last summer, the House passed their version of the sports betting bill. The Senate’s bill deviates from the House’s version by prohibiting collegiate sports. Some say that betting on collegiate sports increases anxiety for student athletes. In addition, the Senate’s bill allows for wagering to be offered online and in person in existing casinos and six additional venues that haven’t been licensed yet.

The House and Senate are going to have to reconcile their differences before the end of the formal session in July in order for sports betting to become a reality for the Commonwealth.

The Senate passed the bill on a voice vote, a move some of the bill’s opponents said was lacking in transparency:

“Why did the Massachusetts State Senate pass sports betting on a Voice Vote? Cowards! There is no accountability on Beacon Hill, especially in the State Senate,” said Cecilia Calabrese, a state Senate candidate in the Hampden and Hampshire district.

Legalized sports betting is expected to bring in $35 million a year in tax revenue to the state.

The Senate’s bill includes consumer protections, such as:

“This legislation takes a thoughtful and balanced approach to sports betting, allowing people the opportunity to wager on their favorite professional sports teams while also making sure they’re protected from predatory practices by the strongest consumer protections in the country. With the passage of this bill in the Senate, we’re one step closer to bringing the sports betting market out of the shadows here in the Bay State,” said Moore.

The Supreme Court opened the door for states to legalize sports betting after striking down a federal ban that prohibited it back in 2018.

But why was Massachusetts so late to the sports betting game?

Perhaps the delay in adopting this legislation in the Bay State is a vestige of the Puritans who founded the Massachusetts Bay Colony in 1629, coupled with an overabundance of parents who wouldn’t be too pleased if their children made a career of gambling.