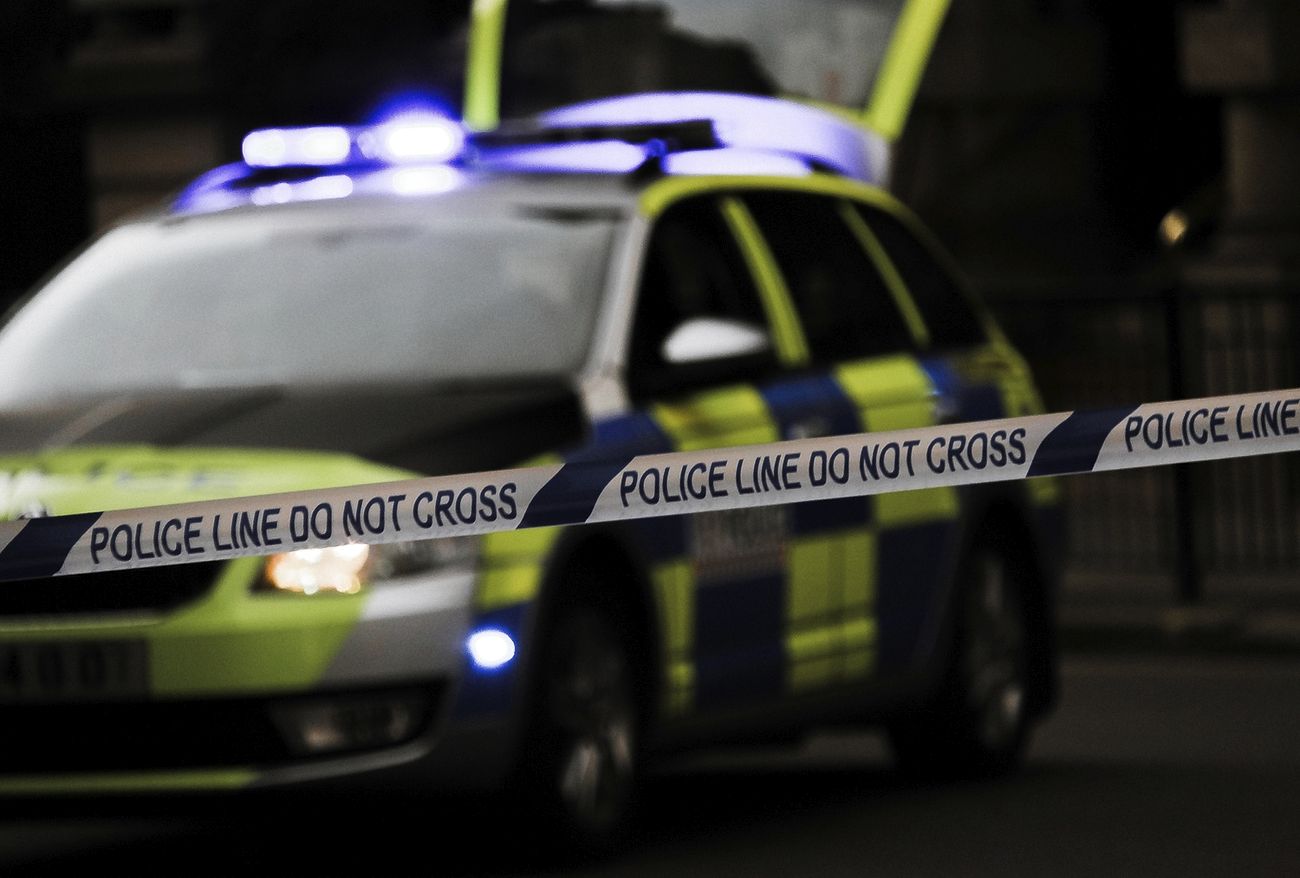 Weeks prior, the man, who was recently banned from the apartment building, headbutted his girlfriend for waking him up during a Domino's order, breaking her nose.

FITCHBURG — On the evening of Saturday, June 4, Fitchburg Police Officers Grant Jensen, Antwain Tobin, and Lucas Bajana were dispatched to an apartment building on East Street for a report of a disturbance between Thomas Ouellet and his “on-again off-again” girlfriend.

According to the Personnel Narrative for Officer Jensen, Ouellet, 34, was yelling so loudly he could hear him as he ascended the stairwell of the apartment building.

Once outside the apartment, Officer Jensen said he could see Ouellet through the door’s glass paneling as he knocked.

“I did observe a male who had his fists balled yelling at a female crying,” wrote Officer Jensen in his Personnel Narrative for the incident. “I did knock again and the female party opened the door.”

After opening the door, the woman left the apartment in tears and stood behind Officers Jensen, Tobin and Bajana for protection.

Officer Jensen spoke with the woman as the other officers approached Ouellet, who continued yelling, this time at the police.

“While attempting to speak with [female party] I did hear Thomas yelling and screaming at the other officers on scene,” wrote Officer Jensen. “I did go into the kitchen to see if the others needed assistance with Thomas. Thomas was in a bladed stance with his fists curled down by his side. Thomas did state several times he was not leaving and would not leave willingly.”

While glancing at the doorway, the woman told Officer Jensen that she’s had an on-again off-again relationship with Ouellet, who has not been at the residence for the past week and is not supposed to be there either.

The woman said that Ouellet had been staying at the Pearl Hill Campgrounds in Townsend. She then detailed the events of that evening.

According to Officer Jensen’s Personnel Narrative, the woman said that the Lunenburg police had dropped a “belligerently drunk” Ouellet off outside her apartment building at around 8:30 p.m.

According to Officer Jensen, after the police left, the woman said she locked all the doors and hid in the kitchen of her apartment while Ouellet banged on both entrances for over an hour.

“[The woman] stated Thomas does not have a key to the residence and never has,” wrote Officer Jensen.

While hiding in the kitchen, the woman heard Ouellet open the window near the stairwell. The woman said that after Ouellet climbed through the window, he began to yell at her.

After the woman told Ouellet to leave and that he’s no longer allowed at the residence, he continued “yelling aggressively towards her, telling her he belongs there,” wrote Officer Jensen in his Personnel Narrative.

As Ouellet continued screaming, the woman told Officer Jensen she called police because he has physically abused her in the past.

According to Officer Jensen’s Personnel Narrative, the woman said that on the weekend of May 21st, she and Ouellet got into an argument while he was drunk and they were in the bedroom.

Then, on the Saturday of Memorial Day weekend, the woman said that after a Domino’s delivery driver arrived with an order she made that evening, her dogs began to bark, which woke Ouellet up.

Angry that the delivery driver interrupted his sleep, Ouellet yelled at the woman as she returned with her order. As he approached her, the woman claims Ouellet headbutted her, hitting her glasses and breaking her nose.

“[The woman] stated that after Thomas had headbutted her, she immediately felt pain around her nose and noticed it was not straight anymore,” wrote Officer Jensen in his Personnel Narrative. “I did observe a curve in [her] nose.”

After speaking with the woman, Officer Jensen was approached by the landlord who said that when he heard Ouellet yelling he came into the building to check “because of past issues with Thomas.”

After speaking with the landlord, Officer Jensen talked to Ouellet, who refused to leave.

“I told Thomas he was going to have to leave the property and stay somewhere else for the time being due to being trespassed. Thomas kept yelling that he would not leave several times and he belongs there,” wrote Officer Jensen. “Thomas was becoming noticeably more agitated and kept his fists balled aggressively by his side in a bladed stance. Thomas stated he would not leave and we would have to make him. At this time Thomas was placed in handcuffs and arrested for trespassing after notice.”

According to Officer Jensen’s Personnel Narrative, while he was transporting Ouellet to the police department for booking, he “bang[ed] his head against the prisoner partition plexi-glass several times.”

Officer Jensen added, “Thomas was uncooperative in booking with answering questions and stated multiple times that he was going to fight if we took the handcuffs off of him. Thomas was eventually booked and I did clear him for booking.”

Ouellet was charged with Trespassing, Disorderly Conduct, Breaking and Entering into a Building, Assault on a Family/Household Member, and Strangulation. His bail was set at $1,040.

Ouellet was arraigned in Fitchburg District Court on June 6. Judge Christopher LoConto released him on personal recognizance under the condition that he remain drug and alcohol free. LoConto wrote on the criminal docket for Ouellet’s arrest that he is subject to random drug screenings.

Ouellet is set to appear in court again on July 21 for a pretrial hearing.