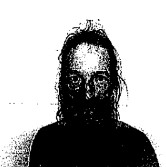 The man, who police say is homeless, racked up four charges, including vandalizing property and disturbing the peace.

GARDNER — On Saturday, Aug. 6, at 1:53 a.m., Officers Joshua Willis and Anthony Webb of the Gardner Police Department were dispatched to the wooded area around the Crystal Lake Cemetery after an Abbott Street resident was awoken by a man screaming in the woods.

“Upon arrival, we could hear some noise coming from the wooded area,” wrote Officer Willis in his Narrative for the incident. “This area is posted ‘No Trespassing’ which starts at sunset each day. As Officer Webb and I entered the tree line, a male began yelling ‘what the f$ck do you want?’, ‘get the f$ck out of here!’, ‘you have no right to be here!’, and several other derogatory statements.”

As he got closer, Officer Willis said he observed a man with no shirt on gripping a fistful of tent poles. According to Officer Willis’ Narrative, as they approached the man, he continued yelling that he had a right to be there and there was nothing they could do to make him leave.

“I told the male to drop the poles as he was standing in an aggressive posture holding the poles at shoulder level ready to swing them,” wrote Officer Willis in his Narrative. “He put the poles down after several commands. I then placed him in handcuffs as he continued to be aggressive toward the officers.”

The man told Officer Willis that his identification was in his pocket. When he pulled it out, Officer Willis learned the man was 53-year-old Francis Belliveau. In the Application for Criminal Complaint submitted to Gardner District Court, Belliveau’s address is listed as 466 Matthews Street, Gardner, but in the police log, he was said to be homeless.

When he was placed in handcuffs, Officer Willis said he informed Belliveau that he was trespassing on city property. Belliveau responded by saying, “f$ck off I can go anywhere I want!”, “you can’t arrest me for trespassing,” and “I can beat this $hit all day in court.”

Belliveau was then arrested for Trespassing, Disturbing the Peace and Disorderly Conduct. He was then transported to the Gardner Police Department.

According to Officer Willis, while Sergeant Lorin Walter was asking Belliveau routine questions during the booking process, he interrupted, saying, “I am f$cking deaf” and when asked to sign booking paperwork, he said “I can’t see anything.” Belliveau later added that he wasn’t allowed in Gardner District Court because “they are scared of him for breaking a window on his last visit there.”

According to Sergeant Lorin Walter’s Supplemental Narrative for the incident, after he was placed in Cell 5, Belliveau stripped down naked before flooding his cell with water and urine from the toilet. He then covered the lens of the camera mounted on the wall of his cell by throwing wet toilet paper at it.

Sgt. Walter then turned off the water in the cell before Officers Webb and Willis went in to take the toilet paper from the lens.

“After responding to another call to service, I returned to the police department to be advised by Dispatcher Nicholas Gray that Francis had defecated on the cell floor and bench and was now smearing his excrement on the walls and cell door,” wrote Sgt. Walter in his Supplemental Narrative.

He added that Belliveau would “throw piles of his excrement” at the dispatchers who performed cell checks every 15 minutes because Belliveau had attempted suicide while in custody on a prior occasion.

Sgt. Walter said Belliveau also threw his excrement at the camera, completely covering the lens once again. Sgt. Walter and two other officers then entered Belliveau’s cell to relocate him so he could be better monitored.

“Francis was holding a handful of his own excrement and threatening and motioning to throw it at me when the cell door opened,” wrote Sgt. Walter. “I drew my department issued taser and advised him that if he threw his feces at me, he would be charged with Assault and Battery with a Dangerous Weapon (human feces/bio waste) and that I would deploy my taser in order to gain compliance and protect not only myself [but the other officers as well].”

When Sgt. Willis pointed his taser at Belliveau, he put down his excrement and was transported to Cell 6 where he was placed in leg and waist restraints.

“Due to his small, thin size he was able to slip out of the waist chains and place them in front of his person,” wrote Sgt. Walter in his Supplemental Narrative. “After speaking with Francis for a few moments he agreed to act civil and the restraints were removed and he was given a blanket.”

For defacing Cell 5, Belliveau was charged with Defacing Property in addition to the aforementioned charges of Trespassing, Disturbing the Peace and Disorderly Conduct.

Belliveau was arraigned in Gardner District Court on Aug. 8.

He is scheduled to appear in court again on Oct. 14 for a pretrial hearing.