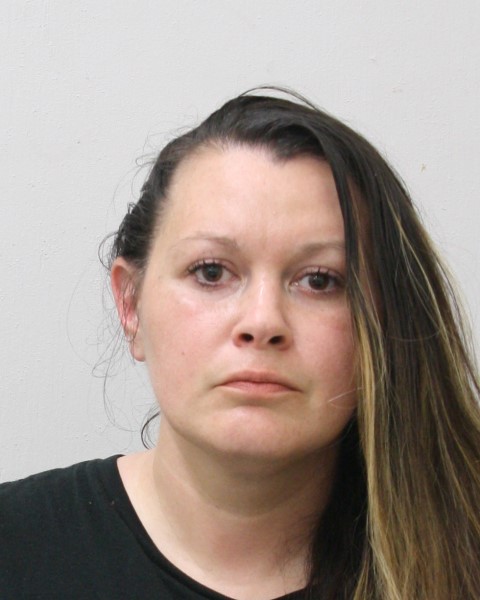 Instead of being at his mother’s like he said, the woman’s boyfriend was celebrating that he got his license back with his friend at Motel 6.

LEOMINSTER — On Sunday, Aug. 7, at 10:45 a.m., Officer Marjus Zylyftari of the Leominster Police Department was dispatched to 248 Main Street following a report of a man stabbed by an individual who had since left the area, heading in the downtown direction in a black Hyundai Elantra.

According to Officer Zylyftari’s Narrative for the incident, while enroute, dispatch informed him of a possible license plate number of the Hyundai that was registered to a resident of Pleasant Street in Leominster.

“[The victim] explained to me that he knows who the suspect is and identified a female named Rhyanna Alves,” wrote Officer Zylyftari in his Narrative. “[The victim] stated that Rhyanna came to his house and started yelling at his wife. [The victim] told me that while [his wife] was holding the door open, Rhyanna placed a foot inside the house between the doorway and stabbed him in the right side of his chest causing a minor injury. [The victim] stated that Ryhanna threatened [his wife] stating ‘you are next’ while holding the knife.”

When Officer Zylyftari asked what Rhyanna, 38, looked like, [the victim] described her as “a chubby fat girl that looks like Humpty Dumpty.” He added that she was wearing a black shirt and black shorts and after she left his apartment she got into a car with “Jim” and drove downtown.

The victim explained his relationship to Rhyanna, saying that he had known her and her boyfriend Jim for a while. The victim said that while he wasn’t aware of Jim’s last name, the night prior, he was hanging out with Jim at Motel 6.

“[The victim] stated that Rhyanna was upset because Jim lied to her and told her that he was going to stay with his mother when in reality Jim hung out with [the victim] in celebration of Jim getting back his driver’s license,” wrote Officer Zylyftari in his Narrative. “[The victim] stated that he and Rhyanna had exchanged messages a day prior calling each other names but nothing appeared to be threatening.”

Officer Zylyftari then spoke with the victim’s wife, who said that she knew Rhyanna well because they hung out at one point. She then confirmed what her husband initially said, that while standing between Rhyanna and her husband as she held the door open, Rhyanna stabbed her husband with a black handled kitchen steak knife and told her ‘she’d be next.’ The wife added that she wasn’t hurt because Rhyanna didn’t touch her during the encounter.

According to Officer Zylyftari, at around this time, Officer Carlos Cintron had located Rhyanna Alves in the passenger seat of the black Hyundai registered to her boyfriend James Smith. They were in the vehicle which was parked in the parking lot behind their 53 Pleasant Street residence on Pleasant Place.

Officer Cintron asked Alves and Smith to exit the vehicle, after which he handcuffed them “for safety.”

He remained on scene while Alves was transported to the Leominster Police Department. Officer Cintron then waiting for Quality Towing to take possession of Smith’s vehicle before transporting Smith to the station for questioning.

Back at the station, Detective Leonardo Colon interviewed Smith.

“I read Mr. Smith his Miranda Warnings,” wrote Det. Colon in his Narrative. “Mr. Smith stated he had no problem speaking with me about the events that took place today.”

According to Det. Colon’s Narrative, Smith said that he and Rhyanna went to the Habit OPCO methadone clinic at 155 Airport Road in Fitchburg at around 9:50 a.m. Smith said that after getting their dose, Rhyanna stayed in the parking lot to speak with a few friends. When her conversation ended, she returned to Smith’s Hyundai and they left for Leominster on Airport Road.

“Mr. Smith told me he wasn’t good with street names but told me they had passed the Speedway gas station, the set of traffic lights that go to the mall and then they were downtown going toward Pleasant Street before they got surrounded by police. While Rhyanna got arrested, Mr. Smith told me that Rhyanna told him the thing was about Joe,” wrote Det. Colon in his Narrative.

“I then began explaining to him that his motor vehicle was secured and a search warrant was going to be executed to locate a weapon,” wrote Det. Colon in his Narrative. “He then reassured me that we were not going to find anything because they did not stop at 248 Main Street. After the interview concluded, I thanked him and told him if there was anything he needed to let me know, not to hesitate to ask for me.”

She was arraigned in Leominster District Court on Aug. 8.

Alves is scheduled to appear in court again Sept. 8 for a pretrial hearing.