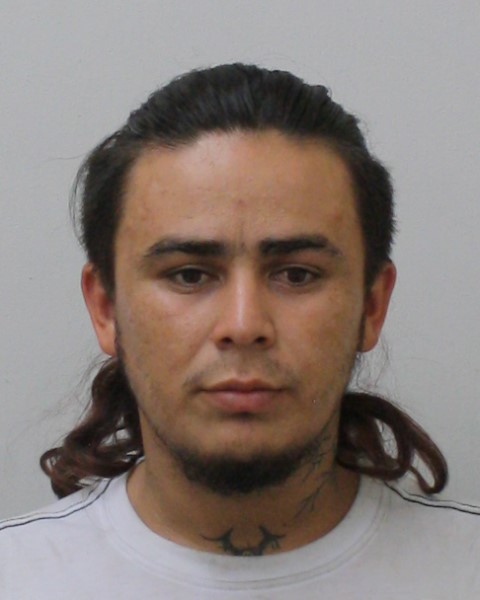 Additional merchandise was stolen by two other men, whom police say remain unidentified.

LEOMINSTER — On Monday, Aug. 8, at 12:57 p.m., Officer Phillip Allain of the Leominster Police Department was dispatched to the Home Depot on Commercial Road following a reported shoplifting incident.

According to Officer Allain’s Narrative for the incident, when he arrived on scene, he was met with the loss prevention specialist at Home Depot, who said that he attempted to stop two Hispanic males – later identified as Edgar Martinez, 24, of Waltham, and Jeyson Garcia – from exiting the store after “the final point of sale” with unpaid merchandise.

The product specialist was able to get the stolen merchandise from the suspects, but he was unable to keep the men in the store until police arrived, Officer Allain said.

“In the hatchback portion of the vehicle, additional items were visible,” wrote Officer Allain in his Narrative. “[The prevention specialist] was able to identify the items as belonging to Home Depot by the store number (2676) printed on the labels. The doors to the Honda were unlocked and we were able to search the vehicle and get [the prevention specialist] the items belonging to the store to bring back in. Additionally, Edgar’s passport was found inside the vehicle.”

According to Officer Allain, the items in the vehicle were stolen by “two other male parties associated with Edgar and Jeyson” who were captured on Home Depot’s surveillance footage. These aforementioned unidentified men remain at large.

“There is video surveillance of the two male parties waking passed the final point of sale with unpaid merchandise moments before Edgar and Jeyson were stopped by [the prevention specialist],” wrote Officer Allain in his Narrative. “There is also video surveillance of the other two males walking with the cart to the white Honda in the parking lot.”

After Officer Allain verified with the prevention specialist that the individuals in the detective’s picture were in fact the men he stopped in the store, he was informed that Sgt. Ferguson had stopped Martinez and Garcia near the Fidelity Bank’s parking lot located at 9 Leominster Connector.

According to Nolo.com (a legal encyclopedia) a “showup” is a form of eyewitness identification, akin to a lineup. However, at a showup, a witness or victim is normally confronted with only one person rather than a group of people. Showups may occur in the field, whereas lineups usually take place at a police station.

After Sgt. Ferguson brought the suspects back to Home Depot’s parking lot, Officer Allain read the prevention specialist the “Showup & Field View Witness Instructions” from a card he carries in his pocket.

“After [the prevention specialist] visually observed the two suspects, I asked [him] how certain he was the two males were the ones he stopped in the store,” wrote Officer Allain in his Narrative. “[The prevention specialist] responded ‘100% yeah.’ I returned to where Edgar and Jeyson were standing with Sgt. Ferguson and proceeded to arrest Jeyson and Edgar.”

Police found no weapons on Martinez and Garcia after they were pat frisked.

According to Officer Allain, Martinez and Garcia were stopped with $1,134.97 in “miscellaneous merchandise” from Home Depot.

The merchandise in the Honda taken by the two unidentified men, was valued at $789.74.

Martinez and Garcia were arrested and charged with Shoplifting by Asportation.

Martinez’s bail was set at $40 and he was arraigned in Leominster District Court on Aug. 10.

(Information about Garcia’s, age, address, bail and court disposition were not provided in the documents obtained by News Link Live).

Following his arraignment, Martinez was released on his own personal recognizance with the potential of bail revocation. On Sept. 15, Martinez is scheduled to have a pretrial hearing.

Disclaimer: If you are wondering why the incident in this story was from early August, that’s because I had to file a FOIA request to get the Personnel Narratives for the incident. FOIAs are time consuming.