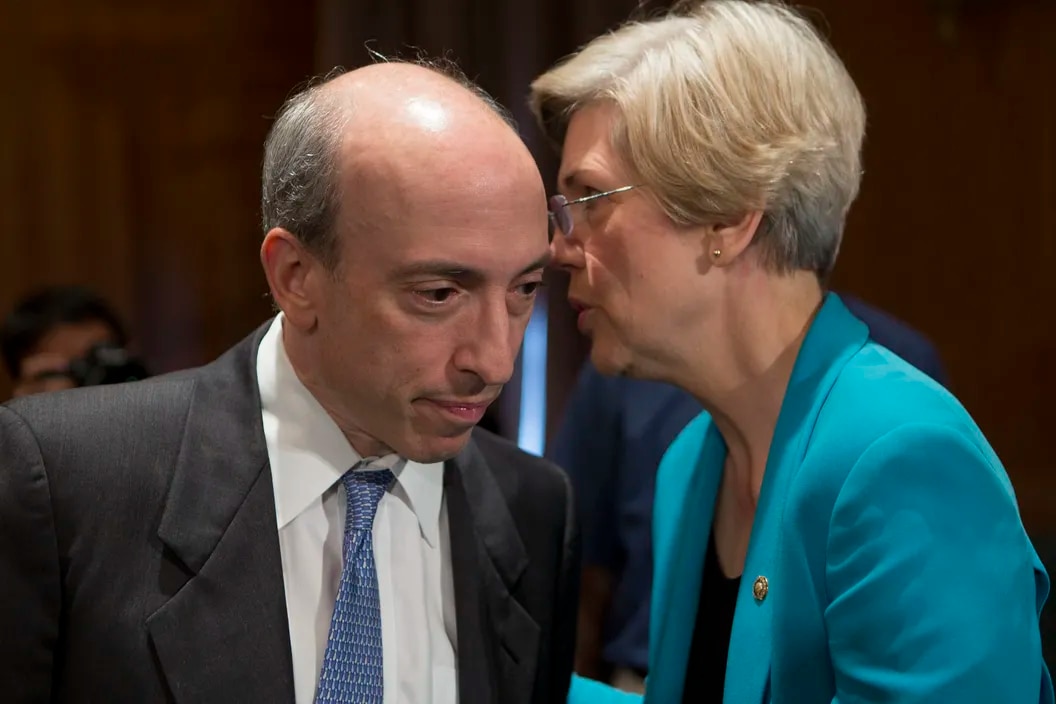 The request was made in response to a recent uptick of crypto firms hiring government officials to lobby for “secure favorable regulatory outcomes” as the government works to craft rules to regulate the crypto industry.

U.S Senator Elizabeth Warren and Rep. Alexandria Ocasio-Cortez were two of five legislators who signed off on a letter to Gary Gensler, the chair of the U.S. Securities and Exchange Commission (SEC), asking what his agency was doing to put an end to the revolving door between federal regulatory agencies and the cryptocurrency (crypto) industry.

“The crypto sector has rapidly escalated its lobbying efforts in recent months, spending millions in an attempt to secure favorable regulatory outcomes as Congress and federal agencies work to craft and enforce rules to regulate this multi-trillion-dollar industry. As part of this influence campaign, crypto firms have hired hundreds of ex-government officials,” said the Oct. 24 letter. Other Democratic legislators who signed the letter include U.S. Senator Sheldon Whitehouse, Rep. Jesús G. “Chuy” García, and Rep. Rashida Tlaib.

Citing data from the “Tech Transparency Project,” the letter adds that over 200 government officials have left the public sector to work at crypto firms in roles which include board members, investors, lobbyists, legal counsel, and/or in-house executives.

The aforementioned officials have joined forces with eight former members of Congress, 79 former congressional staffers, and 32 former White House officials – including some from the Trump administration – who are currently advising or lobbying for crypto interests, the letter adds.

“Just as powerful Wall Street interests have long exercised their influence over financial regulation by hiring former officials with knowledge of government’s inner workings, crypto firms appear to be pursuing the same strategy in order to secure ‘a regulatory system to the industry’s exact specifications,’” the letter states. “Indeed, hiring former regulators and government officials provides the crypto industry with a sense of legitimacy that is ‘a vital currency for an industry that designs many of its products to skirt regulatory scrutiny.’”

The letter ends by asking Gensler to answer several questions by Nov. 7. The questions included inquiries into how long – according to the SEC’s ethic guidelines – an individual is barred from seeking employment in an industry with which they interacted while working at the organization and what polices are in place to protect agency policies from being unduly influenced by current or former employees’ potential conflicts of interest.

February 3, 2023
A Worcester election worker’s flashback: Things that made me go “huh?” during the primaries