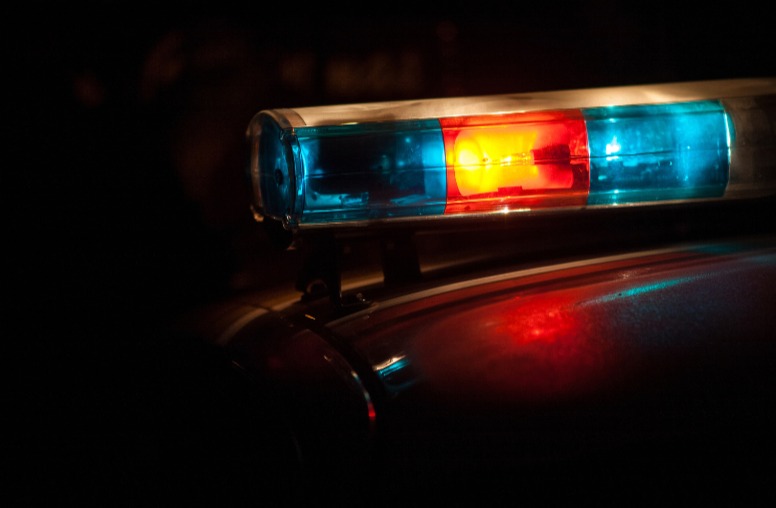 According to a witness, the man said, “B*tch, I’m taking these keys, I better find my car or I’m going to come back here and it won’t be pretty,” before returning to the apartment.

LEOMINSTER – On Tuesday, Oct. 25 at 5:11 a.m., Officers James McKenna, Christopher Cunningham, Domenic Rice and Brian Taylor of the Leominster Police Department were dispatched to 29 State Street following a report of a man forcing his way into an apartment with a knife.

According to Officer McKenna’s Narrative for the incident, the 911 caller told dispatch the name of the suspect, William Ford. Ford is a 29-year-old resident of Oak Street in Clinton.

When Officer McKenna arrived on scene, he was saw an intoxicated woman standing with Ford in the doorway of the apartment.

“[The woman] was blocking officers’ entry into the building and William retreated into the apartment,” wrote Officer McKenna in his Narrative. “While Officer Cunningham was engaging [the woman], [another woman], the 911 caller, ran over from across the street. I asked her what the suspect was wearing and she replied he was wearing a black sweatshirt and red shorts. This closely matched the description of the male party officers encountered a short time earlier.”

According to Officer McKenna, since there was a report of an armed and dangerous individual at the scene, officers “performed a protective sweep” of the apartment, drawing their firearms “at the low and ready while making entry.”

“I loudly announced our presence,” wrote Officer McKenna in his Narrative. “William could be heard in the back of the apartment. He made his way to the threshold of the bedroom area of the apartment. He was ordered down to the ground in order to execute prone handcuffing.”

Officer Taylor handcuffed Ford. When the apartment was “deemed secure,” Officer McKenna put his gun back into its holster and spoke to the women in the apartment.

The woman who was standing in the apartment door when officers arrived on scene said she had invited Ford and the 911 caller over to her apartment to hangout, during which time Ford punched her in the face.

Officer McKenna noted that the right side of the woman’s face appeared to be “slightly red and swollen.”

The woman, whom Officer McKenna said had been drinking socially that evening, told him that she passed out shortly after she was punched and was unable to offer much information about what had precipitated the 911 call.

However, Officer McKenna said that the 911 caller’s testimony didn’t appear to be influenced by drugs or alcohol.

The 911 caller told Officer McKenna that she was socially drinking with Ford and the other woman in the apartment. She added that, at one point, Ford lost his car keys and blamed the women for losing them.

“She continued to say that approximately five minutes later, he left the apartment,” wrote Officer McKenna in his Narrative. “She then received a message on Facebook from William asking where his car was. [The woman] stated that William then returned up the stairs of the apartment building, then kicked in the living room door. [The woman] stated she observed William was armed with a knife then immediately fled outside of the opposite door of the apartment and ran two buildings down in order to get away.”

Then, the woman who leased the apartment said that after Ford “kicked the door down like he was going to f*ck something up,” he took her keys, which were on a Nike lanyard.

“I asked Officer Cunningham via portable radio if William was in the possession of the keys,” said Officer McKenna in his Narrative. “He answered in the affirmative and I returned the keys to [the woman].”

Officer McKenna then went into the apartment to speak with Ford.

“William was handcuffed and seated with two uniformed police officers next to him,” wrote Officer McKenna in his Narrative. “Officer Taylor advised me he had already advised William of his Miranda Warning and William was willing to speak to law enforcement. William disclosed that he went outside of the apartment to a nearby hill where his car was reportedly parked. He stated he asked [the women] where his car keys were. He then stated that there is a door stopper by the door because [the woman who leases the apartment] has problems with the father of her child. William denied kicking the door in and denied arming himself with a knife.”

According to Officer McKenna, there was “fresh damage” to the door. He said there was a “splintered and broken area on the front of the door that appeared to be consistent with a shoe print that was used to kick the door in.” In addition, he said there was splintering around the bolt inside of the door, that, and the brass frame that fixes the bolt to the door was in the middle of the living room.

The damage to the door was estimated by police to be $200.

“I did not find William’s defense credible and advised him he was under arrest,” wrote Officer McKenna in his Narrative. “Officer Taylor and I escorted him to his cruiser where he was transported to the police station for standard booking procedures by Sgt. Emanuel Tocci.”

Officer McKenna returned to the crime scene to take photos and spoke to the women one more time.

The woman who leased the apartment said that before leaving, Ford had taken a knife from the set in her kitchen as he put her apartment keys in his pocket. She added that on his way out, Ford said something along the lines of “B*tch, I’m taking these keys, I better find my car or I’m going to come back here and it won’t be pretty.”

According to Officer McKenna, the other woman corroborated the lessee’s statement.

“It is important to note that I inspected the kitchen knife set and one knife was missing. Officers searched the apartment in an attempt to locate the knife, but were unsuccessful,” wrote Officer McKenna in his Narrative.

Ford was charged with home invasion, vandalizing property, and assault and battery.

He was arraigned by Judge Mark Noonan in Leominster District Court on Oct. 25. The arraignment was held without a bail hearing due to a new complaint received by the Commonwealth (the criminal docket did not indicate specifically what that complaint was).

Ford posted his bail and was released on his own personal recognizance under the condition that he remain drug and alcohol free.

He returned to Leominster District Court on Nov. 11 for a pretrial hearing.

Disclaimer: If you are wondering why the incident in this story was from October, that’s because I had to file a FOIA request to get the court documents for the incident. FOIAs are time consuming.