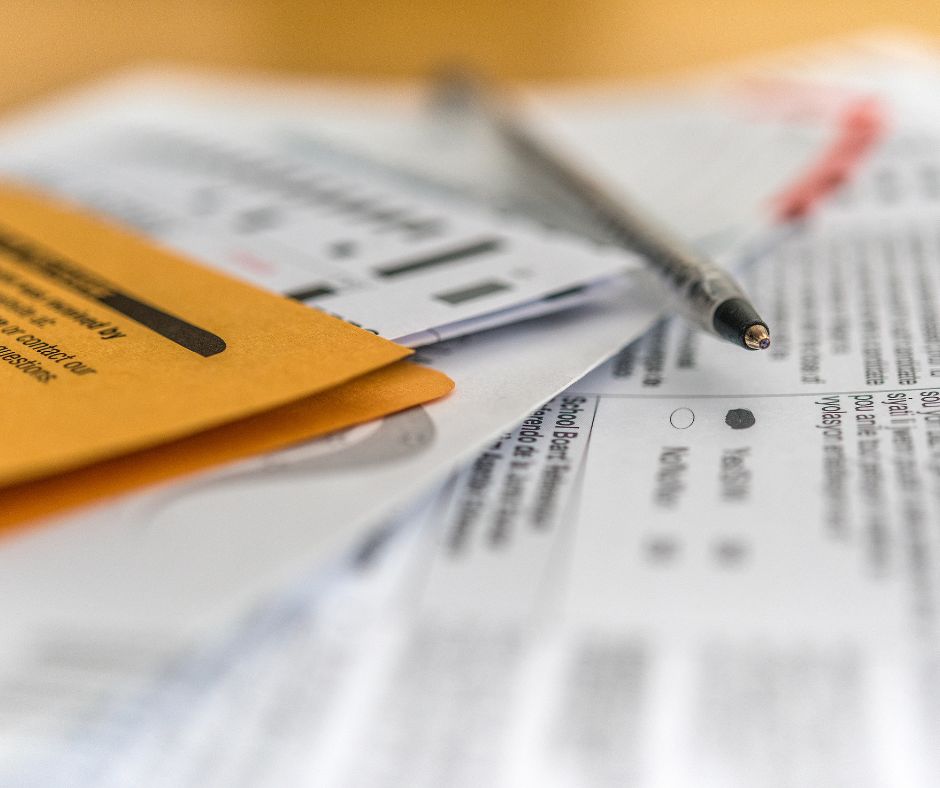 Election deniers' unfounded claims of fraud and its perplexing association with mail-in voting.

Let’s start with something simple: All registered Massachusetts voters received via US Post an application card for a mail-in ballot. Anyone who filled out the card, signed it and dropped it back in the mail was designated to receive a ballot in the mail.

For many – especially election deniers – this was a fraudulent act on the part of “Big Government.”

First, why was it printed in both English and Spanish? UnAmerican!

I read the ballots of righteous patriots who grabbed their sharpies to blot out all evidence of non-English, before adding notes pointing out the outrange of anything non-English.

Many of these helpful citizens see fit to remind us that the only true way to vote is on “Election Tuesday.” Which, of course, should be a national holiday. They add, “Why, in the name of God, don’t you require voters to identify themselves with their driver’s license? Fraud!”

When I encounter these Tuesday-only people, I like to ask them if they’d do anything else on their proposed National Election Day, such as go shopping at the inevitable Walmart Election-Day Blowout. When they nod ‘sure would!’, I’d ask about retail store employees forced to work holidays. Or restaurant workers. Or Amazon delivery drivers. Hospital workers? Hmm, never thought of them…

On the other side of the divide are the worried callers who ask, “Where’s my ballot?” To which I reply, “Sorry, it’s too early to know who the candidates will be, so the ballots haven’t been printed yet. Wait a few weeks before the primary for your mail-in ballot.”

As time progresses, more and more people become so anxious for their ballot they begin to send additional ballot request applications through the mail and via the website. Some request both mail-in and absentee ballots, occasionally with differing mailing addresses.

Two weeks before this year’s primary, people kept calling for their mail-in ballots. When I’d take these calls, I would check the database to verify that the caller had, in fact, requested a ballot and when it was mailed. I learned to ask, “We mailed your ballot last week, have you checked your mail?” Common replies were: “I don’t look at my mail during the week” and “Who has time to check the mail? it’s just junk!”

Most people do look at their mail, open their ballot kit, follow the instructions, and mail it back to City Hall. There are also those outliers, though, who move to the beat of a different drum. Some return everything except the ballot, others omit to sign the outer envelope, and then there are those who show up on election day, mail-in ballot in hand.

The hardcore deniers know better than any of this though. Such as an elderly white lady who approached me at the polling place on election day defiantly stating, “Everyone in the state received multiple ballots in the mail!”

This claim has been telegraphed across a wide group of deniers and has become one of their bedrock beliefs. None of them have multiple ballots in hand as proof of their allegation. None site a specific example or challenge a single voter. But all of them seem to have plenty of spare time on hand and that Tucker Carlson sneer as they assert, “Evidence of fraud!”