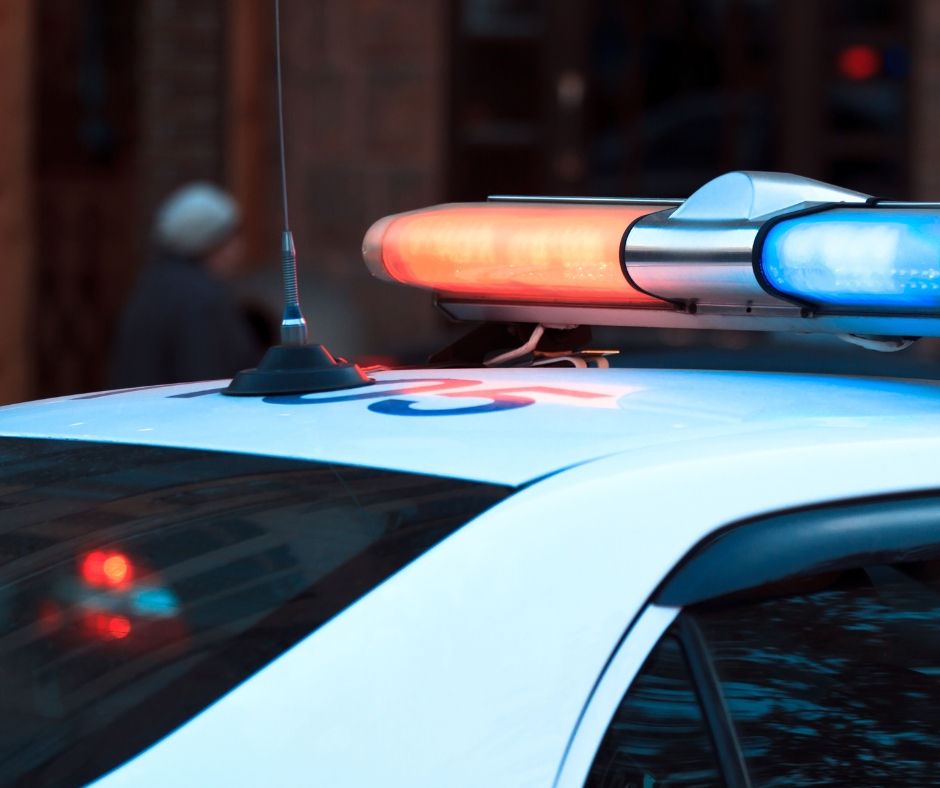 According to police, the niece said her aunt and uncle were attempting to kill her for money.

LEOMINSTER – On Sunday, Dec. 4, Officer Nicholas Rice of the Leominster Police Department was dispatched to the station to fill in for Officer Tyler LaBell, who was investigating a specified unlawful activity (SUA: see (B)(ii) of 18 USC § 1956(c)(7)), that occurred around 9:30 p.m. that evening in the vicinity of 879 Union Street.

According to Officer Rice’s Narrative for the incident, Officer LaBell removed himself from the investigation because of a conflict of interest.

When Officer Rice arrived at the station, Officer LaBell filled him in on what was going on.

“He explained to me that he was dispatched to 879 Union Street for a report of a SUA and when he arrived, the homeowner, Michelle Hernandez, said that she saw two females fighting outside of her home on Union Street along with a male party,” wrote Officer Rice in his Narrative.

According to Hernandez, following the altercation, the women got back into the vehicle and drove off, leaving the man behind, who left the scene on foot. Hernandez told Officer Rice that she then went outside, where she found a cell phone and gas can near the location of the incident.

“Officer LaBell was able to identify the owner of the phone as Lori Vitone,” wrote Officer Rice in his Narrative. “Lori was supposed to come grab her phone at the station, however, it was taking longer than expected, so Officer LaBell called her niece, Corinne [the victim’s name has been changed to protect her identity], to see if she would be able to get ahold of her aunt, Lori, [so she could] get her phone. While on the phone with Corinne, she alleged that her uncle, Ernest Charon, and aunt, Lori Vitone, attempted to kill her by lighting her on fire.”

Following Officer LaBell’s conversation with Corinne, Vitone came to the station to pick up her phone.

“I asked her to speak with me in the interview room,” said Officer Rice in his Narrative. “I asked Lori what happened on Union Street tonight and she said, ‘On Union Street? Where’s Union Street?’”

In his Narrative, Officer Rice said that he found it difficult to believe that Vitone was unaware of where Union Street was, especially considering that her phone was found on Union Street at the scene of the crime.

“During this encounter, Lori was all over the place. Her emotions changed from crying to laughing to deeply concerned to completely normal and coherent,” Officer Rice explained in his Narrative. “Lori was not telling me anything about what happened tonight on Union Street involving her and her niece Corinne. I spoke with my supervisors, and we concluded that Lori would be detained until I could further investigate the matter.”

Officer Rice then went to Corinne’s residence to get her side of the story.

Corinne said that she was at her cousin’s house that evening having a good time playing card games with her family. After the get together, Corinne drove her aunt, Vitone, and her uncle, Charon, home.

On the way home, she made a stop for gas and gave her card to Charon so he could fill up the tank for her.

“Corinne stated that Ernest filled up some of the car’s gas tank and started to fill up a small portable gas can,” wrote Officer Rice in his Narrative. “Corinne confronted Ernest and Ernest said it was fine. After that, Corinne stated that they pulled over on a road near the Samoset [Middle] School (Union St.) because Ernest said to pull over. Then Ernest got out of the vehicle and started to pour gasoline all over the windshield of the vehicle.”

Corinne said that as her uncle doused her windshield with gasoline, Vitone erupted into laughter and told her not to tell her grandmother. Corinne said she then drove off, leaving her uncle on the street. She explained to Officer Rice that she never exited the vehicle throughout the incident and that she was “unsure” if her aunt did.

Corinne then explained to Officer Rice that she believes her uncle was trying to kill her because she has $300,000 in the bank.

“Corinne also firmly believes that Ernest was attempting to kill her,” added Officer Rice in his Narrative. “It is important to note that Corinne’s vehicle smelled like gasoline when I smelled the windshield area.”

Corinne surmised that her uncle may be on his way to kill her estranged father, whose address she didn’t know and whom she hasn’t seen for 12 years.

“Corinne stated she did not know where Ernest was, but she had a hunch (with no supporting evidence to back it up) that Ernest was on his way to kill her father,” wrote Officer Rice.

Officer Rice then spoke with Corinne’s grandmother [name redacted] who said she couldn’t believe her daughter would “do anything like this,” adding that she thought Charon could.

Corinne’s grandmother explained to Officer Rice that her daughter told her a watered-down version of the story, so she wouldn’t get upset.

“Lori told [her mother/Corinne’s grandmother] that Ernest asked Corinne to pull over so he could either use the bathroom or vomit,” wrote Officer Rice in his Narrative. “[He then] got out of the car and poured gas all over the car.”

Officer Rice then spoke with Corrine again, asking her to recap her statement.

“I asked Corinne why she believed Lori was involved in this and she stated it was because she saw the look on her face when Ernest was pouring gas on the car,” wrote Officer Rice in his Narrative. “I advised Corinne to lock the house up and not answer the door for anyone but the police until we found Ernest.”

Officer Rice then went to speak with the witness, Hernandez, the owner of 879 Union Street who initially reported the incident to police and who first interacted with Officer LaBell.

“Michelle stated to me that around 9:30 p.m. she saw a car pulled over near the crosswalk outside her house,” wrote Officer Rice in his Narrative. “She heard yelling and saw what looked like two females outside the car in the street and then she could hear one female yelling ‘Get the f$c# away from me!’, ‘Get in the car!’, ‘Drive, just drive!’ After the vehicle drove away, they saw a male in a hoodie walking away (inbound on Union Street). Michelle stated that she thought it may have been physical at one point between the two females, but was unsure. When her husband, Christopher Hernandez, got home, they went outside and found a cellphone and a gas can in the road. While outside they could smell gasoline in the road. They decided to call police and that is when Officer LaBell arrived.”

According to Officer Rice, Officer LaBell told him that when he arrived, he “documented” the scene with his bodycam before touching anything, then retrieved the cell phone.

After speaking with Hernandez, Officer Rice went back to the station where he interviewed Vitone again, this time with Detective Julio Ramos.

“Lori was read her Miranda Warnings which she signed and understood,” wrote Officer Rice in his Narrative. Later adding, “Lori was not forthcoming with information and stated she couldn’t remember most of the details due to her memory loss from alcoholism.”

According to Officer Rice, Charon came to the door shortly after he knocked.

“So, we went to the second floor and knocked on the door, less than 15 seconds later, Ernest answered the door and I requested to speak with him outside,” wrote Officer Rice in his Narrative. “Ernest grabbed a jacket and shoes and met me on the porch. I asked him what happened tonight and he said that his sister (Lori) and his niece (Corinne) got into a fight the other day and they were starting to get into it again when they pulled over to the side of the road and he couldn’t stop them from fighting so in order to try to prevent them from fighting, he grabbed a can of gas and poured it on Corinne’s car. At this point I placed Ernest Charon under arrest.”

Charon was charged with attempted arson, vandalism, and assault. Charon was taken back to the station, booked and placed into a holding cell.

Since both Charon and Hernandez told Officer Rice that they saw Vitone and Corinne fighting, he went to Charon’s cell to speak with him about the alleged physical altercation.

“I asked Ernest what he saw and he stated that Corinne was drunk and causing an argument,” wrote Officer Rice in his Narrative. “At one point, Corinne pushed Lori while they were in the car together. Then Lori started yelling at Corinne saying he [Charon] was going to beat her up. Corinne then pulled over to the side of the road and that’s when he got out of the car with the gasoline. Ernest stated that Lori never touched Corinne.”

Officer Rice then went to Corinne’s residence to “speak with and arrest” Corinne for domestic violence. But after knocking loudly several times, there was no answer at the door. Officer Rice then requested a warrant for Corinne’s arrested for one count of domestic assault and battery.

Later on, Corinne returned a call Officer Rice placed to her. She said that she would come to the station later that morning. According to Officer Rice, Lieutenant Michael Ciccolini said he would complete the domestic violence worksheets with Corinne following her arrest.

Charon was arraigned that day in Leominster District Court. He was was released on $2,500 bail, which Corinne’s grandmother was listed as the surety for.

He then had a disposition hearing that began on Dec. 15 and was continued to Dec. 19.

Charon’s next court appearance is on Feb. 1 for a discovery compliance hearing.