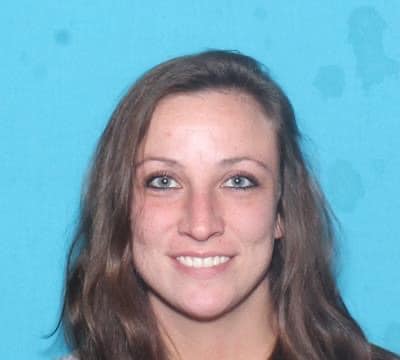 Brittany Tee was last seen leaving her boyfriend's home (where she lived) on Jan. 10. Authorities now have possession of her car and laptop and believe she is in the area.

BROOKFIELD – Brookfield and state police assigned to the Worcester County District Attorney’s Office have broadened the radius of their search for a Brookfield woman who has been missing since last Tuesday.

During a press conference at 2:30 p.m., Worcester County District Attorney Joseph Early, Jr., gave an update into the ongoing investigation into the disappearance of Brittany Tee.

Tee, a 35-year-old Brookfield woman, was last seen on Jan. 10 at around 8:30 p.m. leaving a residence on Main Street near the Lewis Field area.

“She’s 35 years old, 5’6”, 120 pounds,” Early said during the press conference, which was held across the street from the Brookfield Police Department. “She was seen wearing a black winter coat, a hoodie, jeans and work boots.”

Tee was first reported missing to local police on Jan. 12.

According to Early, shortly after she was reported missing, there were a series of “investigative leads” that were tracked down as police went door to door throughout the town and surrounding areas, questioning residents about Tee’s whereabouts.

Early asked residents with security cameras to come forward with any “video at all,” adding that a lot of people have already come forward.

“Even if it doesn’t lead us anywhere, it helps us to eliminate different things that can help us go into the right direction,” Early said of residents with any surveillance camera footage around the time of Tee’s disappearance.

Chief Michael Blanchard of the Brookfield Police Department asked residents in the Maple Street area to check their outhouses, sheds and hunting blinds for the missing woman.

According to WCVB, the home Tee was last seen leaving was her boyfriend’s residence on Main Street.

On Tuesday, Jan. 17, Brookfield and state police have expanded their search from a two mile radius around her boyfriend’s home, to a three mile radius.

There’s a heavy police presence around Tee’s boyfriend’s house. Police are also searching woods in the area on foot with dogs and four wheelers. There’s also a state police helicopter circling the area.

During a press conference at 3:45 p.m. on Tuesday, Jan. 17, held across the street from the Brookfield Police Department, Worcester County District Attorney Joseph Early gave thanks to those involved in the search and announced a phone number for a new anonymous tip line.

“We’ve had some great tips come in and some people are afraid to give tips because they are not anonymous, well we have an anonymous tip line,” said Early.

Officials are still asking those with any security camera footage to contact police.

According to the Telegram & Gazette, Tee lived with her boyfriend at his home which is located at 18 Main Street.

Worcester County District Attorney Joseph Early said that everyone involved in the investigation has been cooperative, including Tee’s boyfriend. He also said that authorities have her car and laptop.

“We do believe that she’s in the area,” said Early. “There are multiple possibilities. That’s why we’re asking for help.”

According to the Worcester County District Attorney’s Office: “There is no ground search currently planned for Thursday. Assets are on standby while logistical work is performed on the search mission.”