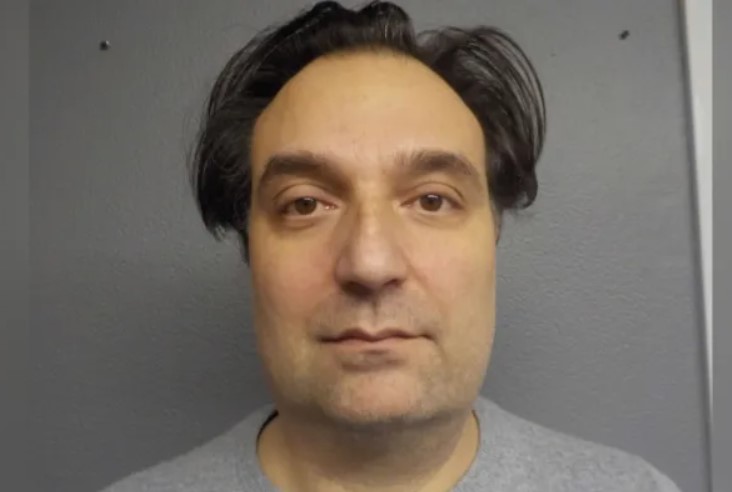 In court documents obtained by News Link Live, police say Walshe intentionally delayed the search for his wife by making police retrace a circuitous route to his mother’s house that he never took. Police also say Walshe killed his wife by beating her to death.

COHASSET – On Wednesday, January 4, 2023, officers from the Cohasset Police Department performed a wellbeing check for Ana Walshe at her residence located at 516 Chief Justice Cushing Highway.

According to Detective Harrison Schmidt’s Narrative for the incident, he was called to the Walshe residence at 6:35 p.m., after the responding patrol units suspected Ana was a missing person. The complainant – person who requested the well-being check – was Daniel Williams. According to the Boston.com, Ana was reported missing Jan. 4, three days after she was last seen by a family member.

Ana’s husband, Brian Walshe, 47, was home at the time of the wellbeing check. Walshe’s employer is listed as “Let’s We Can LLC” in the Cohasset Police Department’s Application for Criminal Complaint submitted to the Quincy District Court.
Det. Schmidt said in his Narrative that investigators interviewed Mr. Walshe “multiple times” about the disappearance of his 39-year-old wife.

“Walshe was asked specifically to provide a timeline for the days of January 1, 2023 and January 2, 2023, and did so on multiple occasions,” wrote Det. Schmidt in his Narrative. “Walshe related he had New Year’s Eve dinner with a friend, Gem, which he and Ana hosted at their home. Gem arrived around 8:30 p.m. and left around 1:00 or 1:30 a.m.”

Walshe said that he and Ana went to bed shortly after Gem left. He added that Ana told him that she had a work emergency and needed to fly back to Washington, D.C., in the morning. Ana commuted from Logan Airport to Washington, D.C., where she worked as a regional general manager for Tishman Speyer, a real-estate firm. She also owned a home there.

According to Walshe, the next morning, Ana got ready for work, kissed him goodbye and told him to go back to sleep. He added that Ana left around 6:00 or 7:00 a.m., taking a taxi or rideshare service, such as Uber or Lyft, like she usually does.

“In the afternoon, a babysitter arrived at the house and Walshe left to run errands at about 3:00 p.m.,” Det. Schmidt explained in his Narrative. “Walshe went to Shaw’s to get OJ and milk and then came back home. He then left again at about 4:00 p.m. to see his mother who lives at 330 Paradise Road [room number redacted], Swampscott. At this time, Walshe did not have his cell phone so he did not use a GPS. Walshe related he drove to his mother’s house via the route leading by Derby Street in Hingham, Route 3 north, Route 93 through Boston, and instead of taking Route 1A, he got lost and took Route 1 and then maybe Route 114. Walshe related the commute should have taken 60-70 minutes but ended up taking 90 minutes. Within about 15 minutes of arriving at this mother’s condo, he left to run errands for his mother at Whole Foods and CVS in Swampscott to get groceries and cleaning wipes. Walshe then went back to his mother’s condo and then arrived home to Cohasset at about 8:00 p.m.”

According to Det. Schmidt, Walshe said one of his boys must have taken and lost his phone sometime during New Year’s Eve and New Year’s Day. Walshe said he then found his cellphone under a pillow on Monday, January 2.

The day he found his cellphone, Walshe said he took his eldest son out for ice cream, while his babysitter watched the other boys. Walshe said he got his son a chocolate shake a Press Juice Bar in Norwell.

“On Friday, January 6, 2023, a massive search that included K-9 officers, METRO-LEC Search and Rescue, State Police SERT Team members, State Police investigators, Cohasset Police, and other local police partners were underway for the missing person, Ana Walshe,” wrote Det. Schmidt. “The search resumed on the morning of January 7, 2023. That afternoon, at least six investigators were tasked with driving to the north shore area of Massachusetts to verify Walshe’s route of travel and verify his visits to establishments like Whole Foods and CVS. These investigators were reassigned from other tasks and efforts to locate Ana.”

After hours of retracing Walshe’s alleged route and reviewing video, investigators did not observe Walshe on surveillance footage from Whole Foods or CVS during the timeframe in which he claimed he was there.
“Walshe has been convicted in Federal Court of Felony Fraud by Wire and is currently on pre-sentencing probation,” wrote Det. Schmidt.

In 2021, Walshe plead guilty to federal charges for scamming an art buyer in California into purchasing two fake Andy Warhol paintings for $80,000.

According to Officer Schmidt, Walshe told investigators that his mother had a recent cataract surgery and was staying with him at his residence so he could assist with her recovery.

But that’s not what actually happened.

“During the interviews with Walshe, he stated that his mother had recovered from the surgery quicker than expected and had driven herself home, however, he still used the time he had approved to go visit her and run errands for her,” wrote Det. Schmidt in his Narrative. “The errands were the trips to Whole Foods and CVS that investigators later showed did not occur through hours of viewing video evidence. It is also important to note that this is day one of Ana being missing.”

Det. Schmidt added: “Walshe’s statements to investigators about his whereabouts on Monday, January 2, 2023, were consistent in that he took his oldest child for ice cream, or a smoothie, at Press Juice Bar in Norwell. This was during the morning hours he is allotted for school drop off, between 8:00 a.m. and 10:30 a.m. There was no school on Monday, January 2, 2023, due to the holiday. Investigators later discovered video evidence of Walshe at the Home Depot in Rockland, wearing a black surgical mask, blue surgical gloves, and making a cash purchase. This trip was made in violation of his probation conditions during the time he is allotted to pick up his kids from school.”

Walshe’s cell phone data extraction – which Det. Schmidt said was given on consent – indicated that the device travelled to areas of Brockton and Abington during the week beginning January 1, 2023. These municipalities were not part of Walshe’s itinerary for approved travel.

“This is not a complete list of Walshe’s approved leave from home and possible probation violations,” explained Det. Schmidt in his Narrative. “The intentional, willful, and direct responses to questions about his whereabouts on the days of Sunday, January 1, 2023 and Monday, January 2, 2023 were a clear attempt to mislead and delay investigators. Investigators explained to Walshe that he would naturally be suspected of harming his wife due to her disappearance and they would need to account for his whereabouts. The fact that he was asked a specific question and he gave an untruthful answer that led investigators out of the area caused a clear delay in the search for the missing person, Ana Walshe. Walshe intentionally gave the untruthful statement knowing investigators would need to travel and corroborate such statements.”

Det. Schmidt concluded by saying that there’s the risk of missing physical and video evidence in any criminal investigation, or investigation into a missing person.

“I know from training and experience that physical evidence, specifically evidence that is outside in the elements, may deteriorate over time. I also know that video evidence varies in retention time,” wrote Det. Schmidt. “Video files may be overwritten as frequently as every 24 hours and every second is valuable when searching for such evidence before it is lost.”

Walshe plead not guilty during his arraignment in Quincy District Court on Jan. 9.

He is scheduled to appear in court again on Feb. 9.

On Jan. 17, a warrant was issued for Walshe for the charges of murder and disinter[ing] a body. His arraignment for the additional charges was in Quincy District Court on Jan. 18. Walshe was held without bail.

The Narrative(s) used as part of the affidavit submitted by State Police for the Jan. 17 warrant were suppressed by a judge at the Quincy District Court until March 10, 2023.

The reason the judge gave for the impoundment included the following: “Based on its review of the arrest warrant materials and the information set forth in the Commonwealth’s motion supported by affidavit, this Court finds good cause for impoundment of those items listed above to protect the following interests: confidentiality of ongoing police investigation, including secrecy of grand jury; need to prevent destruction of evidence that has not been secured, including testimony of witnesses; and victim’s and witnesses’ privacy interests.”