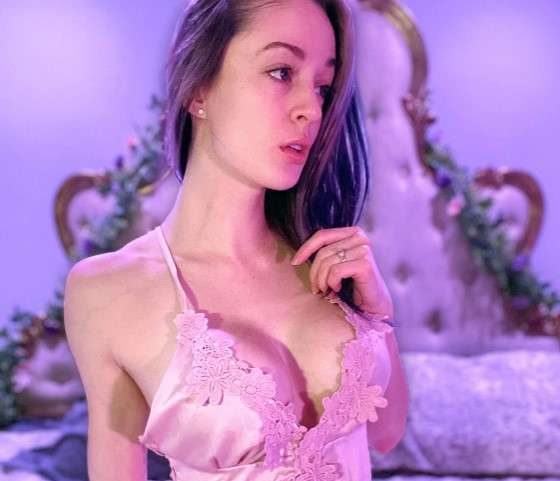 Adult content has made its way onto the blockchain and into the metaverse thanks - in part - to the ingenuity of a savvy cryptocurrency investor who dabbles in NFT design.

LOS ANGELES — A year after Benjamin Ross Fraden began investing in cryptocurrency, his corporate career took a lucrative – albeit unorthodox – turn from white collar to no collar (if you know what I mean).

“I just started investing in crypto myself and worked my way up to here,” explained Fraden, a 31-year-old native of Bristol, Pennsylvania. Later adding, “I had an extensive background in corporate level market research, so I started getting hired by cryptocurrency companies to do marketing and outreach and stuff like that for them and just by happenstance I became co-owner of this cryptocurrency and NFT marketplace.”

What Fraden alluded to is xxxNifty.com, a marketplace that allows adult content in the NFT space. xxxNifty.com (“Nifty” is phonetic slang for NFT) is a product of the Delaware-based company Fraden co-owns called xxxNifty Global Inc.

Non-fungible tokens, or NFTs, are unique, non-interchangeable digital assets which often take the form of artwork, photos, videos or even audio clips.

xxxNifty.com is an open marketplace where adult entertainers upload and sell NFTs using xxxNifty’s very own cryptocurrency $NSFW. (“NSFW” stands for “not safe for work”).

The site has some pretty high-profile brand ambassadors from the adult industry; among them, Stormy Daniels, Twitch streamer Amouranth, and NoFaceGirl, who despite not appearing facially in photos, has 77.4 thousand followers on Instagram. According to Fraden, Daniels’ last NFT sold for about $17,000.

“They can make as many [NFTs] as they want,” said Fraden. “We let them have only up to 10 unsold at a time. We don’t want them to make a thousand or something. If they keep selling, they can keep making more.”

Now about a year old, Fraden says xxxNifty is the oldest adult NFT company out there. The site has already attracted a vast customer base, which isn’t surprising considering the cryptospace raked in over $90 billion last year.

“There’s about 20,000 plus people that are in this ecosystem that we have. Quite a lot of them are cryptocurrency buyers or just NFT buyers or both,” said Fraden. Later adding, “I would say there is a pretty good amount of money going through this stuff.”

Outside of investing, NFTs’ utility is negligible, says Fraden, although some utility has been creatively ascribed to NFTs by adult content creators.

It has been argued that adult content marketplaces like xxxNifty.com allow adult creators to take control of their content and audience; first, because corporate entities are known to take a cut of creators’ profits, and second, because the direct line of communication in an NFT transaction enhances the interaction between the creator and his/her audience, turning a once illicit monetary transfer into a show of support. The taboo of the monetary transaction is further decreased by the fact that cryptocurrency purchases are untraceable, protecting the identities of both the adult entertainers and their clients.

In addition, the creation of NFTs by adult entertainers lends credence to the argument made over the years by many in the adult industry, that pornography is an artform and adult entertainers are artists/performers who should receive royalties for their work. The advent of adult NFTs has been advantageous for adult content creators who are highly adept with technology and have a proclivity for curating imagery with an artistic flair.

Case in point is “Silfy Star,” an adult content creator for xxxNifty.com with multiple postgraduate degrees and an artistic bent. Her high level of education, love of cosplay and use of the latest technologies have garnered her a significant online following and the opportunity to write an article and interview for OnlyFans’ blog.

Silfy – whose been married for a decade and has a child – began her career in the never-ending vortex of online adult content after resigning from a school in Texas where she worked as a child nutrition director.

“I loved child nutrition, but hate brown-nosing, red tape, and the distasteful practices I observed in school districts across Texas, so I resigned,” Silfy said in an interview for OnlyFans blog. “I stumbled across Twitch, which then led to discovering subscription and crowdfunding platforms, and finally OnlyFans.”

Fraden recruited Sifly to work with him after the two met on Twitch.

“He brought me over to xxxNifty, where I really got into selling NFTs,” said Silfy. “I think I’ve sold quite a few of them, over 20, and so that’s how I got into NFTs.”

“In general, the people who are buying them are going to be part of the xxxNifty community. I have talked with my community and my socials about others, but with the current climate with NFTs and that type of thing, because it is so new and I am sure you have seen the hate online about them, in order to get past those stigmas, it is going to take time,” she said. “But once we get past that, we are going to see more ‘average’ buyers, not necessarily buyers that are integrated with the community.”

The crypto-world is not the only technological frontier xxxNifty is making headway in for the adult industry. The company is also tapping into virtual reality.

“We are basically working to make the world’s first adult metaverse,” said Fraden. “There’s only really a few metaverses that even exist to begin with right now like Decentraland or Sandbox.”

Fraden said that xxxNifty has partnered with a “very large company” for their adult metaverse. Although he wouldn’t say which because of a non-disclosure agreement, he did clarify that it wasn’t one social media giant.

“Facebook wouldn’t touch us with a six-foot pole,” he said in jest.

Six-to-nine months from now, Fraden anticipates xxxNifty’s metaverse will be fully operational because their partner has done most of the work already.

“[The company] we are working with has 20 years’ experience working with virtual worlds,” he said. “They have a lot of assets that we can work off of already, so we can pretty easily pump stuff out – they’ve already done adult video games.”

The 3D decadency of xxxNifty’s adult metaverse extends far beyond sex in virtual reality as well.

“Its base utility, it’s basically a video game so you want to add in not just like a brothel, you also want to add in a club, lounge, places to party and maybe a drug dealer; you can take virtual marijuana or whatever you want,” Fraden said.

Fraden added that sex toys can be connected to the vibration created by the adult metaverse’s haptic technology. Haptic technology use devices – such as feedback gloves – to create the sensation of touch and motion in virtual reality. Examples of haptic devices outside the metaverse include the vibrations of a mobile phone or shaking of a game controller.

In addition to being a safe space to simulate sex, the adult metaverse could also revolutionize online dating.

“Just go on a virtual date, especially in COVID times, too, it might seem pretty good with omicron and stuff,” said Fraden.