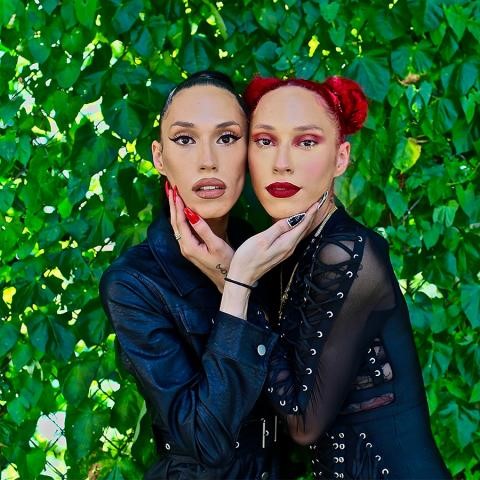 On the morning of Nov. 6, 2019, after hearing of his mother’s passing, Miguel went to get some air outside his Harlem home and waived to his neighbor, Yonathan Tedla, who as it turns out, was heading out for a jog after decapitating his wife and daughter. Tedla’s wife, Jennifer Schlecht, 42, worked for the United Nations Foundation on emergency responses, according to the New York Daily News.

“This is a woman that was basically fighting for women’s rights overseas and my mother also has a long history of being a professor and growing up in a very suppressed, male dominated environment,” said Miguel. “And they just happened to be gone in the same day and it triggered me. I have developed a lot of trauma from it.”

Miguel, a Wall Street executive turned in-situ photographer, has made a name for himself in the art world with his hauntingly beautiful man-on-the-street photography.

Miguel has no desire to work with celebrities, “everyone wants that,” he says, instead, he seeks out beauty that escapes societal standards, is anything but cookie cutter.

That lack of conventionality was conveyed by the women who were the subjects of the images that made up the “Women R Beautiful” exhibit, which occupied The Palmer Gallery at Vassar College from January 27 to February 5.

“Before, a lot of bodies of work that have been done on women have been objectized, sexualized and intrusive,” he said. “I wanted to do something to celebrate women. I grew up with my own idea of feminism because I saw the way my mother was treated, a smart woman, educated, but that wasn’t enough.”

For more on Miguel’s work, take a ganger at this article I wrote for Central Mass Town Square about his recent exhibit at The Fitchburg Art Museum.