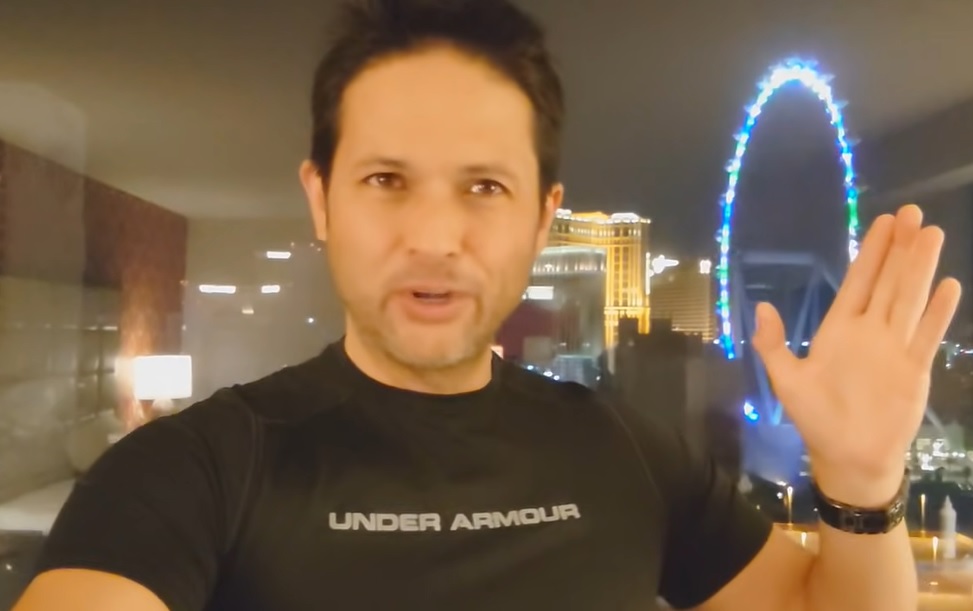 How I entered the vortex of pickup artist advice videos on YouTube is beyond me. Nevertheless, I follow several channels replete with advice of this kind, including, but not limited to: Mr. Locario, Tony Gaskins, Joe Ducard, and The33Secrets.

The33Secrets is headed up by Matt Cross, an unabashed misogynist provocateur who teaches pickup artist techniques to men with videos on topics that include how to attract hot women with low effort and how to escape the friend zone and being a “nice guy.”

At the age of 32, Cross, who adorns himself with gaudy jewelry including earrings and several knuckle rings, looks like a greasy pawnshop pedophile who’s unable to recover from his last failed attempt at a long-term relationship.

Those factors may be part of the impetus for why Cross has put together dozens of videos about women “hitting the wall” once their peak fertility has passed in their mid-20s.

To give you an idea of what I’m talking about, here’s a sampling of videos that address “the wall” for women that Cross published recently:

Cross must have been limiting himself due to legality when stating his preferred age range for a woman begins at 18. We all know that dudes like this delude themselves into thinking that all men are either pedophiles or ephebophiles – like themselves – who lust after 14-year-olds.

Also, why do men think that people care about their sexual preferences? What age range Cross seeks out is irrelevant, it’s akin to pondering why a sadistic, serial rapist murderer chose victims of a similar typology. NO ONE CARES!

Nevertheless, Cross continues with an argument from evolutionary biology, stating that men’s overwhelming preference for young women is based on fertility alone.

“Any guy from age 15-75 would rather take an 18-year-old woman over a 30-year-old woman,” said Cross. “Any guy in his right mind would take a younger, more fertile woman. That is why us as men are attracted to younger women because they are more fertile at that age and they give us the highest possibility of producing offspring without any defects or retardation.”

While this argument is true from the standpoint of breeding, it’s still an excuse for the predatory pigs who decide to become pedophiles and ephebophiles to view children and teens as sexual beings. According to Cross’ argument, the sexual behavior of human men is akin to that of a fruit fly or a sex starved predatory wolf, totally devoid of love as an abstract, noble and conceptual truth.

I agree with Cross that men are animalistic to the point of immorality in their sexual pursuits, but disagree that men’s desire for younger women simply stem from Darwin’s theories. First of all, fewer and fewer people are having children these days. According to a survey Pew Research Center published in November 2019, 44% of American adults say they don’t want children. Cross is most likely amongst them.

So, what compels men to seek out women at the peak of their fertility NOT to have children with?

Innocence. Men drawn to much younger, less experienced women like the power and control they can exert over their partner. That’s because innocent women are easier to con and manipulate with the never-ending slew of biologically-induced pathological lies that scare most adult women off.

Furthermore, it’s precisely the men who don’t want to become fathers that chase young women. Why? Because they’ve never had to protect them, so chasing young girls becomes a sexual taboo for lack of a fathering instinct. What the hell does that have to do with a woman’s fertility?

In Women Hit The Wall at 30, Cross goes on to say that he encourages women at their “peak sexual market value” to “cash in their chips” and get married pronto or else they’ll be relegated to dating down in their 30s, or worse yet, living a life of man-free solitude (as if that’s a bad thing).

What century are we in again? Cross obviously isn’t living in the 21st Century because fewer and fewer people are getting married these days. I’m thrilled I never married or procreated with any of the men I dated in my early 20s. If I saw them coming now, I’d run!

Contrary to Cross’ shoddy application of scientific theory, the quality of men I’ve dated in my 30s has increased substantially, despite the fact that I’ve passed my so-called “prime.” Why? Because I have experience, standards, proclivities and an evolved sentience that comes with being a rational human being; the very things that pickup artists lack.