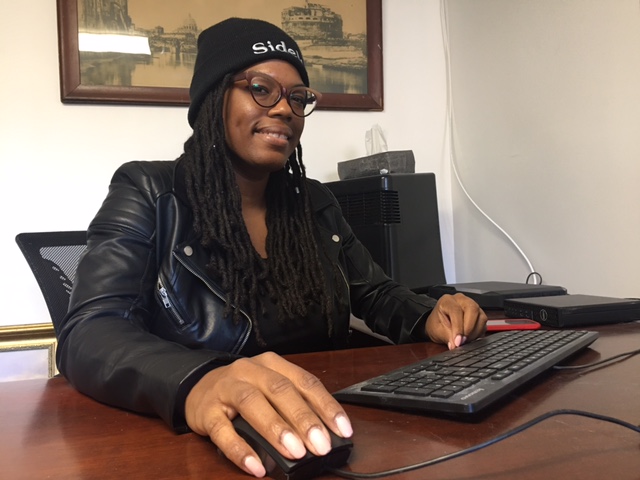 Kirosha Sidelca, a Christian rocker with killer pipes based in South Lancaster, Massachusetts, discusses how she took an entrepreneurial side-gig full-time during the pandemic.

LANCASTER — Local recording artist and lifelong Seventh Day Adventist, Kirosha Sidelca, teaches songwriting from the donation collection and distribution center for the The House of Refugee, a faith based non-profit organization run by Adventist Community Services in South Lancaster.

“I help artists or singers to take that first step toward going to be an artist in show business,” said Sidelca. “Everyone has to start somewhere, right? So, everyone who doesn’t know what I know needs that first step to keep going.”

In December, Sidelca left her job as an administrative assistant to work full time coaching aspiring singer-songwriters at her own business, Kirosha Voice and Music, an entrepreneurial side gig that she kicked into full gear during the pandemic. And while the pandemic kicked the recording artist’s business into gear, it put her professional singing aspirations on hold.

Kirosha’s latest music video for a single titled “Grace” from her 2011 album Journey, premiered this year after it was stalled by the pandemic.

“Before the pandemic I had planned on doing the whole touring artist thing. I had shot some videos and I’m like ‘I’m going to post them up, I’m waiting for the calls to come in,’ but literally a week after I shot my last video the world just shut down, so I was trying to see what else can I do,” said Sidelca.

Sidelca is among the many minority women who began their own businesses during the pandemic. According to a survey conducted last year by the National Association of Women Business Owners, nearly half of businesses started by women during the pandemic were minority owned. The survey found that African American women were than twice as likely to start a business out of financial need. Other reasons were to take control of their work schedule and because they didn’t have other job opportunities.

“When the pandemic hit, everyone had to pretty much stay home and I had to pretty much teach my kids from home while still trying to put in hours for my job and just taking care of everything that was piling on and it kind of got really heavy,” said Sidelca.