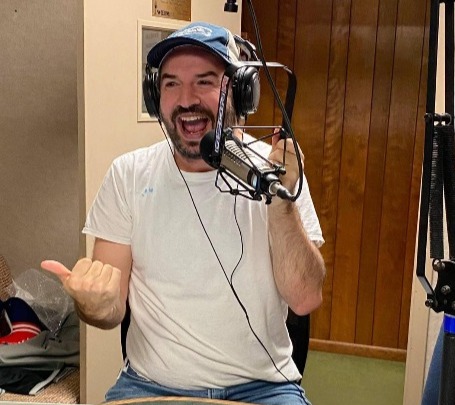 FITCHBURG — Sean Sweeney, the host of the K-Zone Morning Kommute on WPKZ resigned Saturday. Sweeney alleges that management remained mum to his complaints as he was subjected to death threats and constant ridicule from coworkers.

“I felt like I was doing my part to inform the community. Inside, I was screaming for them to fire me so I wouldn’t have to put up with what felt like torture,” said Sweeney.

Sweeney’s had two stints at WPKZ, which can be heard on AM 1280 and 105.3 FM. The first was from August 2017-March 2018 as a part-time cohost of The Thursday Local SportsLive Lunchbox show.

Sweeney said his first departure was due to mental health issues stemming from workplace harassment, specifically from one employee who repeatedly insisted that “he made me in local radio.”

Nevertheless, unable to resist the temptation of a hosting gig at the station he grew up listening to, Sweeney returned to WPKZ last October. That only lasted six months.

“The morning show is the flagship show, a show I worked on behind the scenes when I was a teenager,” he said. Later adding, “While every other kid in Fitchburg listened to 94.5 and Kiss 108, I was listening to AM 1280.”

Sweeney said that his life was threatened on the morning of March 24, by an employee in “Studio C” who was trying to figure out why spots were being deleted at the station.

“There were many accusations being levied about who has access to the computers, and he suggested that I had something to do with it because I don’t now AudioVault as well as everyone else who uses it, namely him,” said Sweeney. Later adding, “I calmly explained that I use the studio log computer to schedule two things: a religious program, as well as the makegood ads. He said I don’t have to do that, but I said that’s how I was taught. He wasn’t listening, so I raised my voice at him. He then threw a wadded-up ball of paper at me, then said, ‘Come at me, bitch. You yell at me one more time, you will never yell at another person again.’ I was in a confined space, and he was enraged. I feared for my safety at that moment.”

Sweeney added that in the past, the aforementioned “Studio C” employee had called him gay repeatedly, even though he has a wife, and when he approached John Morrison, the owner/manager of K-Zone Media Group/WPKZ Radio, Morrison did nothing about it.

“It is said that employees do not leave jobs; they leave poor management,” Sweeney wrote in his resignation letter to Morrison. “That is why I leave today: ridiculously poor management. Had you heeded any of my requests over the last six months, all reasonable requests, none of this would have happened. Sir, I find your management style completely incompetent, you a stone-faced, uncaring individual, and your radio station lacking any sense of professionalism once I leave.”

This story hits home for me because I hung up on Mr. Morrison during a phone interview for Sweeney’s job about a month ago.

When Morrison began the interview with me, he started off by changing the title from host to co-host, then when I mentioned that I teach a class at Emerson College in the afternoon in the fall, he changed the time of the job to precisely when I was teaching.

After that, I mentioned that I was “non-traditional” as a test to see if he’d be interested in learning about my subscription-free digital media business model. He responded by yelling, “that’s not going to work with us!” Then I barked back with, “then you don’t know how to be successful in this business” and promptly hung up. I’m now doubly thrilled that I dodged that bullet after hearing Sweeney’s tale.

However, I did reach out to Morrison via email this evening and am waiting for a response.