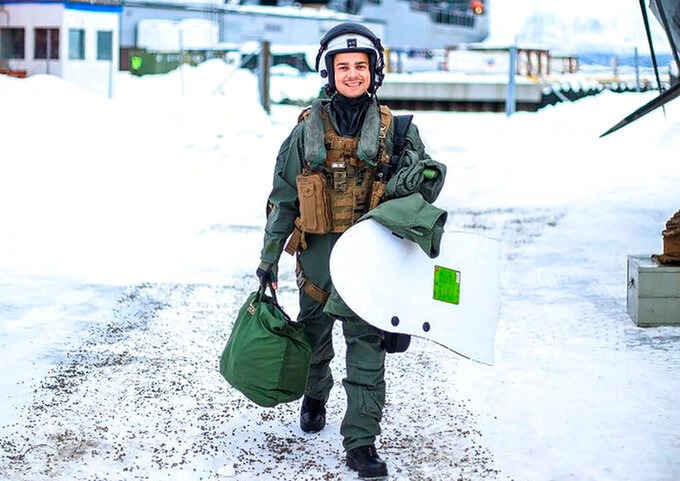 Prior to becoming a Captain in the Marines, Reynolds was a captain on the Leominster Blue Devils wrestling team, where his leadership skills, striking intellect and mental toughness left a lasting legacy.

LEOMINSTER — James Sheehan, the former coach of the Leominster Blue Devils wrestling team is “heartbroken” over the loss of Capt. Ross Reynolds, a former high school wrestler who passed away during a NATO training exercise in Norway earlier this month.

“It breaks my heart. You never want to see somebody die that young; as a parent myself, I can only imagine what his parents are going through,” said Sheehan.

According to the U.S. Marine Corps, Capt. Reynold, 27, was one of four marines who were killed when an Osprey aircraft crashed on March 18 in a Norwegian town in the Arctic Circle. Reynold’s body was returned to the United States last Friday.

Sheehan became acquainted with Reynolds his sophomore year, when he came on as head coach. He said that Reynolds was captain his senior year after wrestling throughout high school in around the 145 lb. weight class, which is highly competitive.

“He definitely was one of the leaders on the team. He naturally took to a leadership role and the kids looked up to him,” recalled Sheehan.

Sheehan added that Reynolds never gave up. After injuring his shoulder during a match, he just fought his way back.

“It’s tough not to be a wrestler and not be tough,” said Sheehan. “Anyone who does it for four years has to have some toughness and I think enlisting and becoming a captain is a testament to his brains and toughness.”

Like many others touched by Reynolds, Sheehan is still trying to come to terms with the loss of his former wrestler.

“I know that he signed up for this and its always a hazard, but when something like this happens to somebody you know and you were close with, it’s never an easy thing to take,” he said.

According to The Associated Press, the cause of the crash is still under investigation, but Norwegian police reported bad weather in the area when the training exercise was taking place.

January 30, 2023
Car flips over at intersection of Central and Willard streets