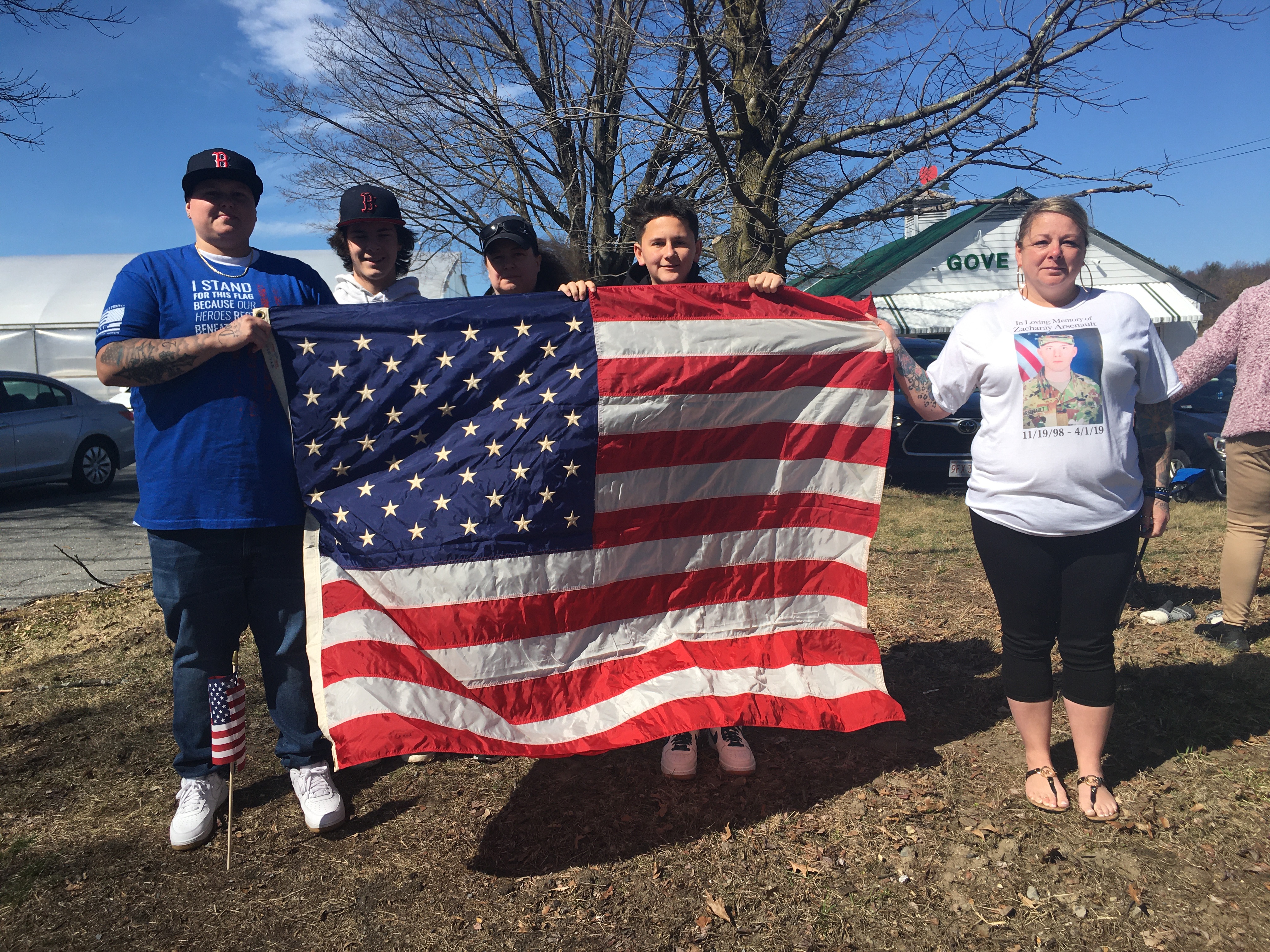 Area residents paid their respects to Captain Reynolds as a procession carrying his body returns to his hometown following a fatal NATO training exercise in Norway earlier this month.

LEOMINSTER — Newscopters hovered above Gove Farm Saturday as a procession for Captain Ross Reynolds passed those who lined the streets in his honor.

“I feel terrible about his passing. Nobody should die at 27,” said Peter Mason, a childhood friend of Capt. Reynolds. “It’s horrible, but I was taking the highway here and saw all the fire trucks and the overpasses and all the people lining the roads and it’s awesome.”

The procession to return Reynolds’ body to his hometown of Leominster started Saturday morning at Logan Airport. According to the U.S. Marine Corps, Capt. Reynold, 27, was one of four marines who were killed when an Osprey aircraft crashed on March 18 in a Norwegian town in the Arctic Circle. At just 27 years old, his death struck a chord with Tara Rivers, a Gold Star mother who held a flag with her family outside Gove Farm.

“Unfortunately, I know this mother’s pain, so I wanted to support another mother. I know exactly what she is going through,” said Rivers. “My son, Zacharay Arsenault, he passed away at 20-years-old. Yesterday was three years for us. He served in the military and the army; he was a tanker.”

After passing Gove Farm, the procession continued down Mechanic Street, ultimately making its way to Anderson Funeral Home in Fitchburg. On Tuesday, following a public Mass at Saint Cecilia’s Church, a private burial with full military honors will be held for Captain Reynolds at the Massachusetts Memorial Veterans Cemetery in Winchendon.

To see the video version of the story view the link to my YouTube Channel below: