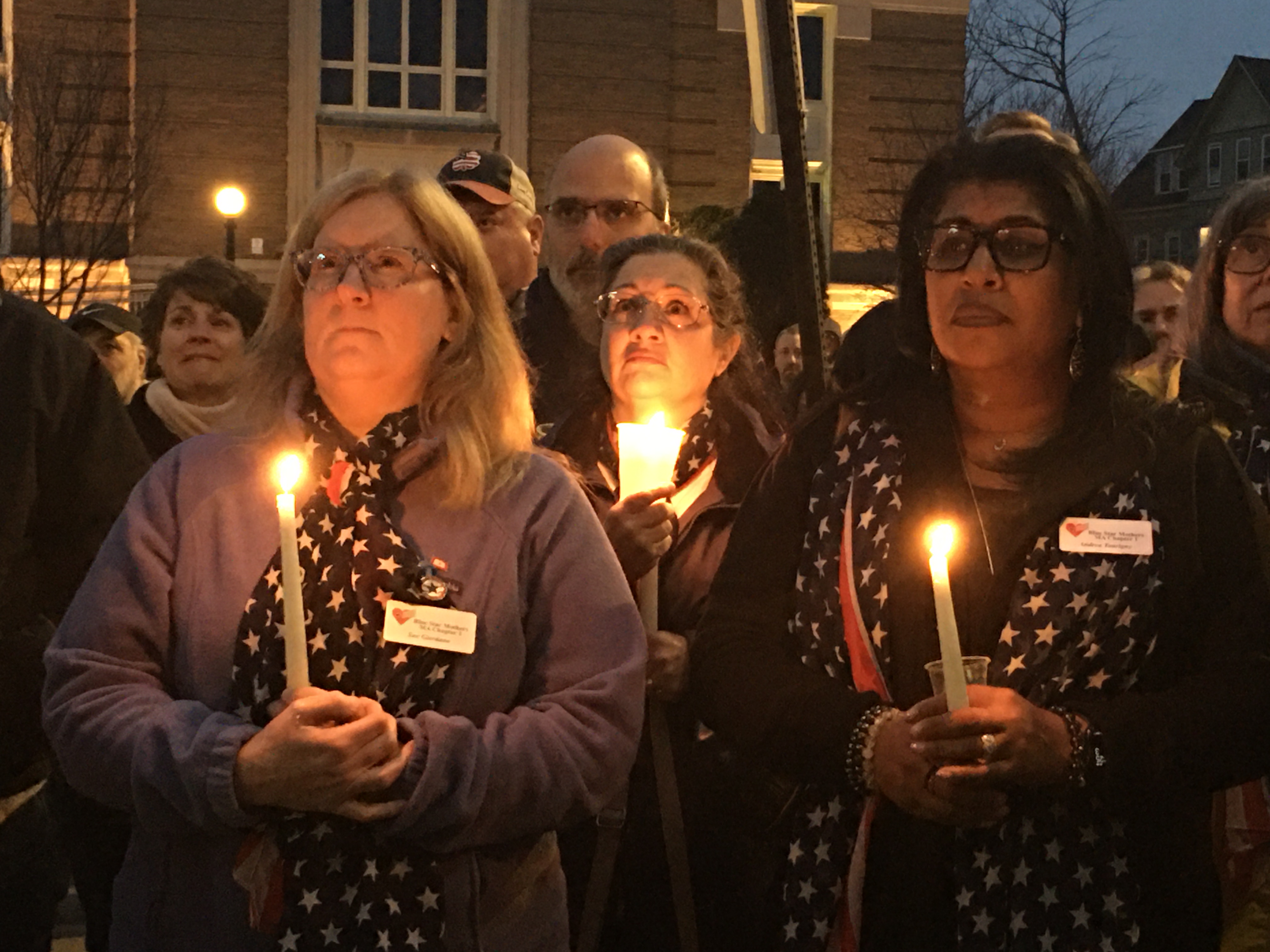 Photo by Genevieve DiNatale: Blue Star Mothers - with children in active service - were among the crowd at a candlelight vigil held for fallen Marine Corp Captain Ross Reynolds in Leominster Sunday evening.

LEOMINSTER — From the steps of Leominster City Hall, Congressman Jim McGovern (D-2nd District) gave the family of Marine Capt. Ross Reynolds a packet of statements that were entered into the congressional record in his honor as well as a flag flown over the country’s capitol the day of his passing.

“Standing here and looking out into this crowd is really quite emotional and quite moving,” said McGovern. “And it reminds me that Leominster is indeed a very special place.”

McGovern’s appearance was part of a candlelight vigil held outside Leominster City Hall to honor the life and family of Reynolds, who was one of four Marines to pass away in an Osprey aircraft accident during a NATO training exercise in Norway on March 18. Reynolds, a Leominster native who was 27 years old, left behind his parents, Scott and Cathy, his sister, Nicole, and his wife, Lana, whom he married in February.

“The funny part about it was we met in a Walmart parking lot,” Lana said through tears. Adding, “And from that moment, it was one of the best moments of my life.”

Other speakers at the event were Leominster Mayor Dean Mazzarella, State Senator John Cronin (D – Worcester & Middlesex) and Leominster City Councilor Todd Deacon, a Marine Corp veteran of the Iraq War who sent Reynolds off with a “Semper Fi.”

Tomorrow, there will be a public wake at Leominster City Hall from 3:00-7:00 p.m. Then, on Tuesday at 11:00 a.m., a mass will be held for Reynolds at St. Cecilia’s Church with a private burial to follow at the Massachusetts Memorial Veteran’s Cemetery in Winchendon.