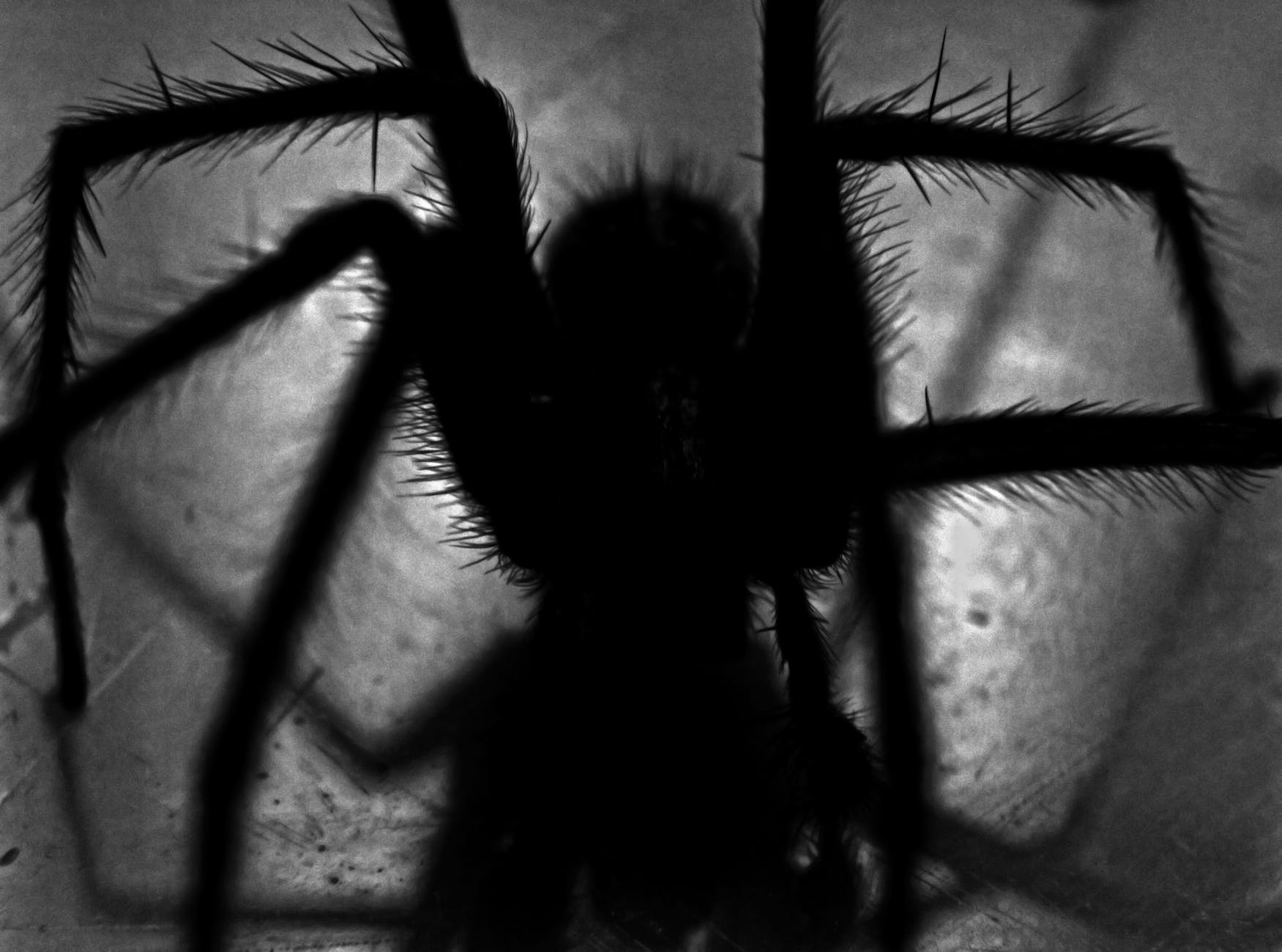 If you're like me and notice an uptick of spiders as the seasons change, you're most likely channeling the primal fear of your savviest ancestor(s).

Some crystal healers ascribe spiritual meaning to the nature and frequency of human-spider interactions.

“Depending on when and where you see a spider, how often it shows up, and the feelings you get after a spider visit, the message can have a different meaning to you,” wrote Rose, author of the Crystal Clear Intuition blog.

For instance, if a spider falls on your head, Rose says that means you are overthinking a problem and, conversely, if a spider crosses your path, that’s a positive omen which indicates you are “being led toward your purpose.”

According to crystalclearintuition.com, symbolically, spiders represent the dualism of life and death in the “physical realm.” Meanwhile, in the spiritual realm, “spiders are master timekeepers, tying energetic knots that weave together the past and future to help [one] manifest in the present moment.” The presence of spiders, she argues, can trigger survival energy and personal power, both of which are located in the root and solar plexus chakras. According to this theory, a fear of spiders (aka arachnophobia), is brought on by imbalances in your solar plexus chakra.

But that’s not what actual scientists believe.

If you are like me and terrified of arachnids to the point of surrounding your sleeping space with dozens of spider traps both taped to the wall and strewn across the floor, you are not completely insane; however, it did take psychologists a while to conclude otherwise.

Initially, psychologists in academia believed arachnophobia was caused by “conditioning” resulting from a traumatic experience with a spider in early childhood or having been raised by a parent who exhibited arachnophobia.

However, in 1991, the conditioning theory came into question when Graham Davey at City University London conducted a study where he interviewed 118 undergraduate students about their fear of spiders. His study concluded that 75% of those interviewed exhibited mild to severe fear of spiders and many of those with this fear had a family member with the same phobia. He therefore concluded that “there was little evidence that fear of spiders in nonclinical subjects is normally acquired through direct conditioning experiences,” or through “higher levels of trait anxiety or with an increased predisposition to other fears in general.”

Then in 1997, Peter Muris, a professor of both psychology and neuroscience at the University of Maastricht in The Netherlands, tested the “conditioning, spider-trauma” theory further. According to the conversation.com, Muris and his colleagues asked children about their fears, giving them a list of things that might be scary for them, such as: being kidnapped, watching horror movies, and the dark. But when the kids were given a “free option” to tell the researchers what scared them the most, spiders came out as the top fear for both genders. This threw the conditioning theory out the window because the nature of the spider-based fear in these children was innate and not based on specific traumatic events.

Then in 2003, it was verified that arachnophobia is actually encoded into our DNA. John Hettema at the Virginia Institute for Psychiatric and Behavioural Genetics conducted twin studies and found that adult identical twins, which have identical DNA but different environments, had a statistically significant fear response to images of spiders, meaning that arachnophobia is an inherited trait passed on through our DNA.

Nevertheless, why is it that arachnophobes are afraid of spiders when – on average – only seven people die of spider bites each year?

As it turns out, the instinct to avoid arachnids dates back to about two million years ago, when our earliest hominid ancestors in Africa coexisted with spiders much more venomous than the spiders of today.

When our ancestors became fully bipedal (think homo erectus), they foraged, hunted and slept on the ground, exposing themselves to spiders. If a spider bite didn’t kill our primitive counterparts outright, it could leave them incapacitated in a dangerous environment for days. Those who learned to detect, and consequently, avoid spiders were more likely to pass their genes onto the next generation, that survival instinct, though not as important as it once was, is the reason you scream every time a wolf spider makes its way into your peripheral vision. Perhaps arachnophobia a good omen afterall (and an indication that you don’t actually need to rebalance your solar plexus chakra).