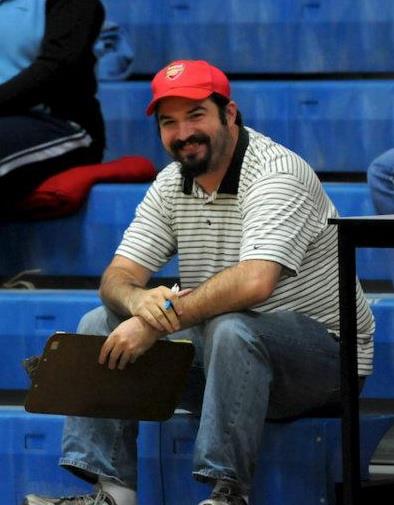 Sean Sweeney says he’s looking for jobs outside of the “media sphere,” but would return to the news business in a “not-for-profit scenario.”

FITCHBURG — Former WPKZ Morning Kommute Host Sean Sweeney is readjusting to a normal routine after resigning from his hometown station on March 26.

“I feel relieved,” he said. “Not dealing with deadlines and promptness has lessened a bit of anxiety. Don’t get me wrong, I loved what I did. I loved covering sports. I loved covering news. But this now has me at a regular bed time – I slept nine hours twice in a row this week – that hasn’t happened since age 15.”

Sweeney resigned from WPKZ on March 26 after a six-month stint as a morning show host at the station. Sweeney alleges that management remained mum to his complaints as he was subjected to death threats and constant ridicule from coworkers.

Following his resignation, Sweeney received an outpouring of support from his Facebook friends after posting News Link Live’s initial story to his profile:

Jason Remillard, wrote, “Glad you’re out of a place that didn’t treat you right, but sucks that it meant giving up a dream job.”

Sweeney said that two days prior to his resignation, on March 24, an employee in “Studio C” who was trying to figure out why spots were being deleted at the station threatened his life during an argument.

“There were many accusations being levied about who has access to the computers, and he suggested that I had something to do with it because I don’t now AudioVault as well as everyone else who uses it, namely him,” Sweeney reported to News Link Live on March 28. Later adding, “I calmly explained that I use the studio log computer to schedule two things: a religious program, as well as the makegood ads. He said I don’t have to do that, but I said that’s how I was taught. He wasn’t listening, so I raised my voice at him. He then threw a wadded-up ball of paper at me, then said, ‘Come at me, bitch. You yell at me one more time, you will never yell at another person again.’ I was in a confined space, and he was enraged. I feared for my safety at that moment.”

Sweeney also claims he was subjected to repeated homophobic remarks at the station that, when brought up to the general manager, were ignored.

Nevertheless, Sweeney’s moving on with his life.

“It is what it is. I’m not pressing charges, just want to forget I worked there,” he said.

The former radio host is now looking for a “straight job” as he finishes up a few manuscripts.

“I’ve applied for a number of jobs outside of the media sphere…heard back from one of them,” he said, adding that he has a lead for a part-time job as a legal writer for a local attorney.

But Sweeney still has the radio news bug. He says that someday he’d “like to continue covering Fitchburg City Council and Leominster City Council in a not-for-profit scenario.”

As for whether he’ll ever return to WPKZ, Sweeney said that would never happen, even under new management.

“The good old days of that station are gone,” he said.