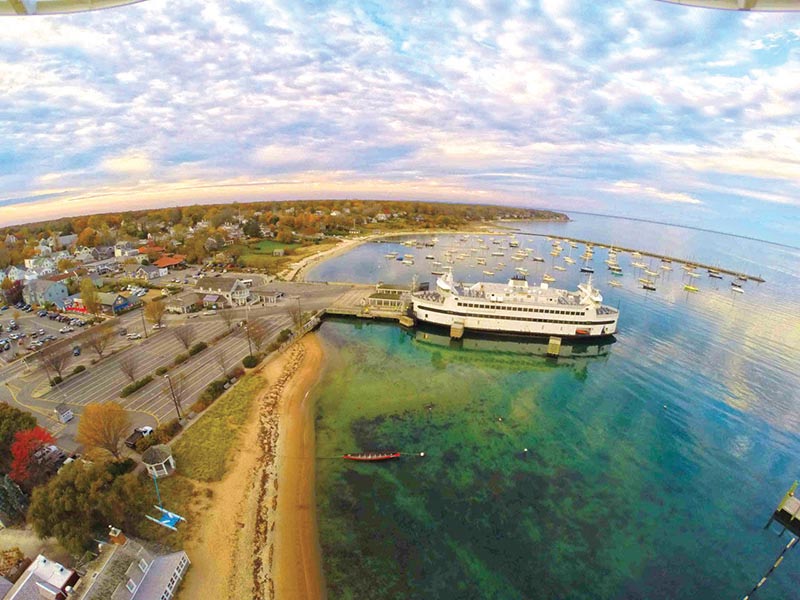 An influx of seasonal residents on the island at the beginning of the pandemic, coupled with a housing crunch and high rate of PPP loans may have contributed to an abnormal rise in remote workers the first year of the pandemic.

VINEYARD HAVEN, MA — According to a recent study by FinancialForce, a cloud-based applications company based in San Francisco, Vineyard Haven tops the list of micropolitan areas with the most remote workers during the first year of the pandemic. The metropolitan area in the country with the most remote workers in 2020 was determined to be Boulder, CO.

To make this determination, using data from the 2016-2020 American Community Survey, an annual survey conducted by the U.S. Census Bureau, the team at FinancialForce found the top 20 metropolitan and micropolitan areas in the country with the highest rates of remote workers in 2020 and compared that figure to those for 2019, the areas with the highest percent increase came out on top.

So why did Vineyard Haven come out on top?

After the pandemic hit, many of those with summer homes on The Vineyard fled the Massachusetts, New York and Connecticut mainland for the imagined seclusion and safety of the island. According to The Vineyard Gazette, in March of 2020, the island saw a population increase of 4,500. The population uptick from that – and other months – put strain on the island’s medical facilities, which were overcapacity, as well as the island’s already pricey housing market.

“Real estate sales boomed and inventory disappeared, shattering records in a market that no one thought could become more overheated,” wrote Asimow. Later adding, “Edgartown, Vineyard Haven and Oak Bluffs transformed their downtowns, moving restaurants onto sidewalks and moving sidewalks into streets. Businesses struggled, but most survived as the state slow-walked through its reopening process. A Gazette analysis found that hundreds applied for and received Payroll Protection Program loans, preserving thousands of jobs on the Island.”

Perhaps the strain from the limited, expensive housing, coupled with the unexpected increase in population and PPP loans that preserved jobs on the island, created an anachronistic microcosm of the future American workplace in a most unlikely location, Vineyard Haven, an island get-away.