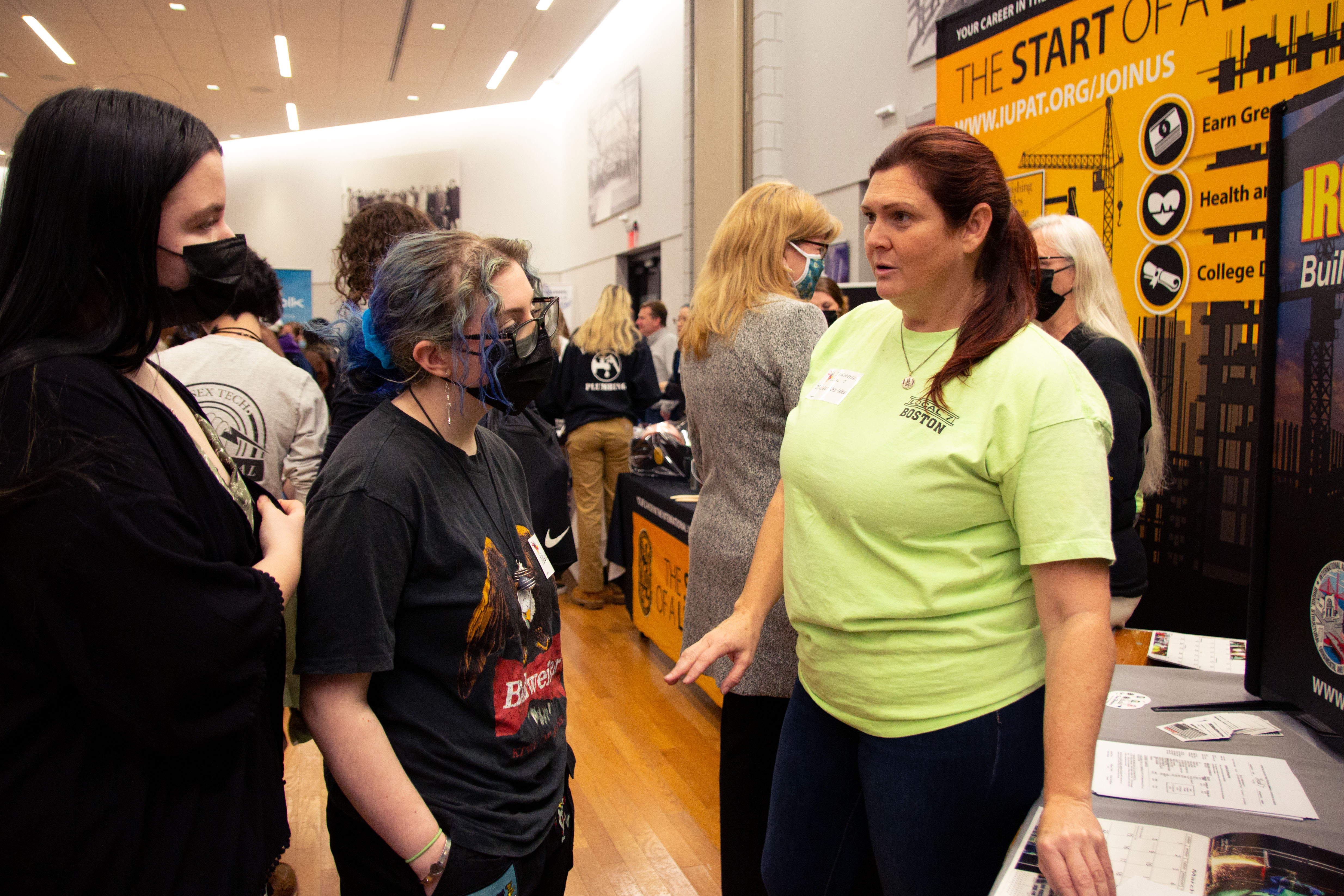 Courtesy Photo: Female high school students interested in a career in construction listen to a woman in the field discuss the career path at a union construction career fair held in Dorchester last month.

The career fair took place on Wednesday, April 13, at the International Brotherhood of Electrical Workers Local 103 union hall in Dorchester. It was hosted by Massachusetts Girls in Trades (MA GIT). Launched in 2015, MA GIT is a partnership of educational, governmental, contractor and union organizations designed to support and encourage female technical education students to pursue careers in the building trades.

“When I first walked in, I thought it was great! I was, like, ‘Wow! There are so many girls like me, who want to do what I want to do,’” said Rivera, a junior at Minuteman Regional Vocational Technical High School.

Students also heard words of encouragement from women in the industry, such as Allison Deady, who is now a third-year electrical apprentice. (Apprentice programs allow for those without prior experience to enter the field while still earning a salary).

“A lot of girls don’t realize how many apprenticeship opportunities there are out there,” said Deady, an alum of Weymouth High School.

Massachusetts leads the nation with over 10% of women in building trade apprenticeships, where about 94% of women in construction get their start.

However, the disproportionate number of women displaced from their jobs during the pandemic has led to an increase in women trying to enter the union construction field, where one can earn $60,000 to $100,000 a year without a college degree.

“The building trades unions are rebuilding the middle-class and welcoming women, people of color, and other underrepresented groups to the fold in record numbers. With the most pro-labor administration in modern history and a historic building boom in Massachusetts, women have tremendous opportunities for rewarding careers, with industry-leading wages and benefits and free, state-of-the-art training,” said Frank Callahan, the President of the Building Trades Union.