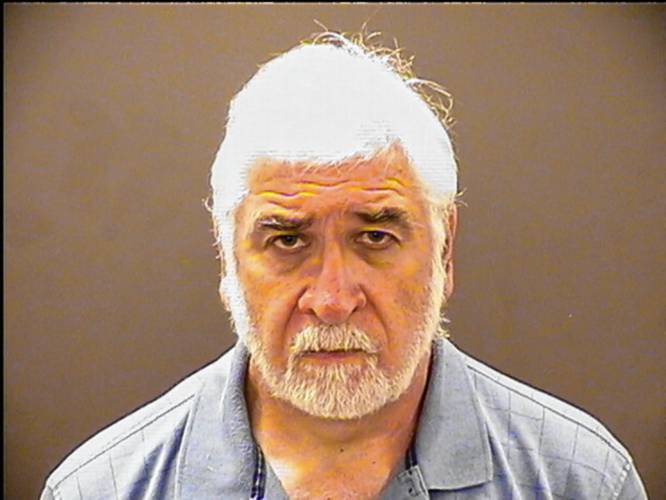 The defense attorney questions the credibility of the accuser, who has known mental health issues that make it difficult for her to accurately interpret external events and memories of the past.

WORCESTER — The attorney for the former Auburn elementary school music teacher accused of raping a student over 12 years ago continued his cross-examination of the alleged victim Tuesday.

The accuser, now 23, was the first person to take the stand in the jury-waived trial that began in Worcester Superior Court on Monday. She alleges that Stephen Jaszek, her music teacher at Julia Bancroft Elementary School in Auburn, raped her repeatedly when she was in the fifth grade. She claims he orchestrated this by requiring her to practice with him during recess behind his desk, which was behind a partition. She said the abuse ended when her art teacher unexpectedly stopped by his classroom during recess one day.

The alleged victim said she kept mum about the incident for years because she felt ashamed to speak up. She added that while the abuse was taking place, Jaszek told her that if she told her mother, who at the time was being treated for cancer, that she would die and be angry at her as she passed.

Jaszek’s attorney, Kenneth Anderson, began his cross-examination Monday by questioning the credibility of the alleged victim who has a known history of mental illness that she has sought treatment for at Saint Vincent Hospital. Her mental health history includes continued self-harm that preceded the alleged sexual abuse, obsessive-compulsive disorder, as well as “derealization” and “flashbacks,” two disorders that make it hard for her to parse out what’s real and what’s not.

Derealization is a mental state whereby one feels detached from their surroundings and therefore cannot differentiate between what’s real and what isn’t in a conscious state. Conversely – and perhaps confoundingly – the flashbacks she admits to having make it hard for her to determine whether her partially-conscious/partially-subconscious memories are based on actual events or not.

During the second day of the trial on Tuesday, Anderson asked the alleged victim whether she had episodes where things “didn’t feel real,” she replied, “I don’t think so.”

He then asked whether she told a college counselor that she wished she were a peer who committed suicide on campus.

Anderson then dove into numerous questions about alleged notes she wrote while seeking treatment at Saint Vincent Hospital, where she detailed her inability to control her illusory “flashbacks,” “body memories,” and known incidents of “derealization.”

Assistant District Attorney Matthew Corey then presented three poems titled “Pacify,” “Seal My Lips” and “Nuts,” that the accuser wrote about the alleged abuse in the eighth grade.

When asked what the worst possible outcome would have been if she shared her story earlier on in her life, she replied, “People are going to think that I’m a horrible person and my parents would find out.”

The accuser’s mother was the second person to take the stand. She said that prior to and following the alleged abuse, her daughter was getting Bacillus Calmette-Guerin treatments once a year. The immunotherapy drugs, which are delivered through a catheter directly to the bladder, are generally used for treating early-stage bladder cancer. (The reporting does not indicate whether the victim had bladder cancer, just that she was administered the drug from when she was 10 months old until the spring of 2010).

Her mother then said that the year following the alleged sexual abuse her daughter “flipped out” during the procedure, which she had never done before. The mother added that in order for her daughter to get the drugs administered that year, she had to hold down her chest while two medical personnel held her legs down.

Also on the stand Tuesday was Det. James Lyman Jr. of the Auburn Police Department. He said that when the accuser typed her statements, she was “very timid” and wrote them while seated on the floor in the corner of the room.

Describing the case as “very unique,” Lyman added that he involved the Worcester County District Attorney’s Office in the investigation so a forensic interviewer could question the alleged victim as if she were a child.

Anderson then asked Lyman if he believed that other victims would come forward once the case became public, following that none of them did, saying, “no one else came forward.”

Lyman said “yes, they did,” [come forward] but when asked, told Anderson that none of them went to the grand jury.

Anderson then made a motion to dismiss the case based on the victim’s faulty perceptions, recollections, a lack of physical evidence, and collaborating witnesses.

The judge overseeing the case, William Ritter, denied the motion.

Prior to closing arguments Thursday, Anderson is going to call an expert witness to the stand.