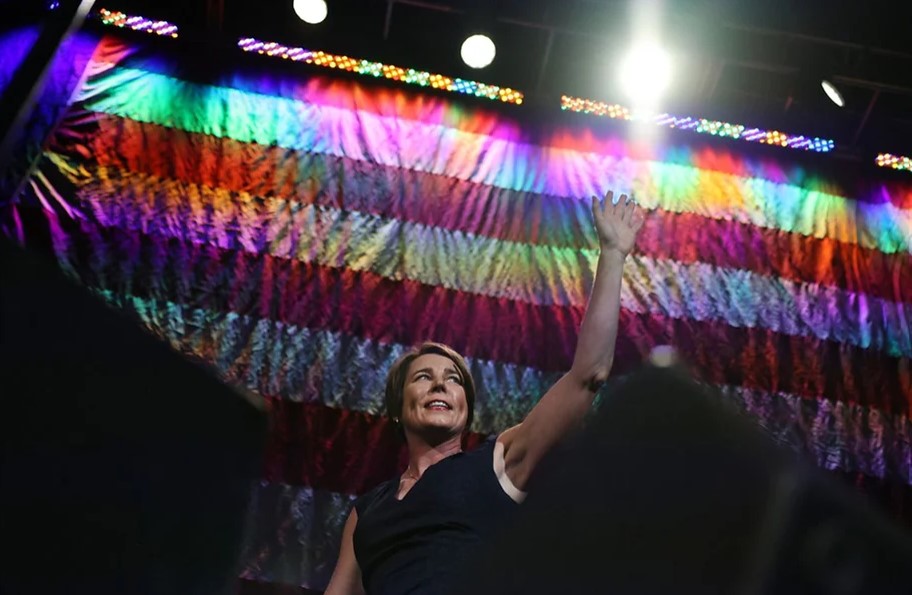 Craig F. Walker/Boston Globe: Attorney General Maura Healey won the endorsement of the Democratic Party for governor at the convention this weekend in Worcester.

Healey won as expected, but there were some upsets at this weekend's convention in Worcester.

WORCESTER — As expected, Attorney General Maura Healey swept the Democratic convention Saturday, beating State Senator Sonia Chang-Díaz, 71% to 29%. The primary has yet to be handed to Healey, however. That’s because Chang-Díaz got more than 15% of the vote, which keeps her in the running for the September 6 primary.

While Democrats like what Healey represents, a gay woman who has an undergraduate degree from Harvard and a competitive edge evidenced by her brief tenure as a professional basketball player, some on the left think she’s had an easy ride professionally, and if she takes a hit, her glass jaw will shatter. That’s at least what some speculated when Healey refused to debate Chang-Díaz three times before the convention, which took place this weekend at Worcester’s DCU Center.

In addition, some feel Healey eschews local issues in favor of high-profile litigation, such as the 43 lawsuits she filed against Donald Trump, and her litigation against Purdue Pharma. Then there are the de facto (of course) things she publicly endorses that have some Democrats rolling their eyes, like supporting trans rights and ending human trafficking.

And while Healey was keeping quiet before synching the Democratic Party establishment’s favor for a gubernatorial endorsement, Chang-Díaz was personally calling delegates, winning them over.

Meanwhile, a surprise loss came for Secretary of State William Galvin, who left the convention before it ended Saturday. Delegates favored Tanisha Sullivan for secretary of state. Sullivan’s a corporate attorney who heads up the NAACP’s Boston branch.

This isn’t the first convention loss for Galvin, the seven-term secretary of state lost to Josh Zakim in 2018. Galvin then crushed Zakim in the primary because delegates tend to lean farther to the left during the convention than the general public does in the statewide primary.

Other wins went to Quentin Palfrey, who earned the party’s endorsement for attorney general. Palfrey, who was the party’s nominee for lieutenant governor four years ago, beat out former Boston City Councilor Andrea Campbell with 54% of the vote on the second ballot. Shannon Lisa-Riordan, a labor attorney, will be on the ballot in the primary race for AG as well, she got 22 percent of the vote.