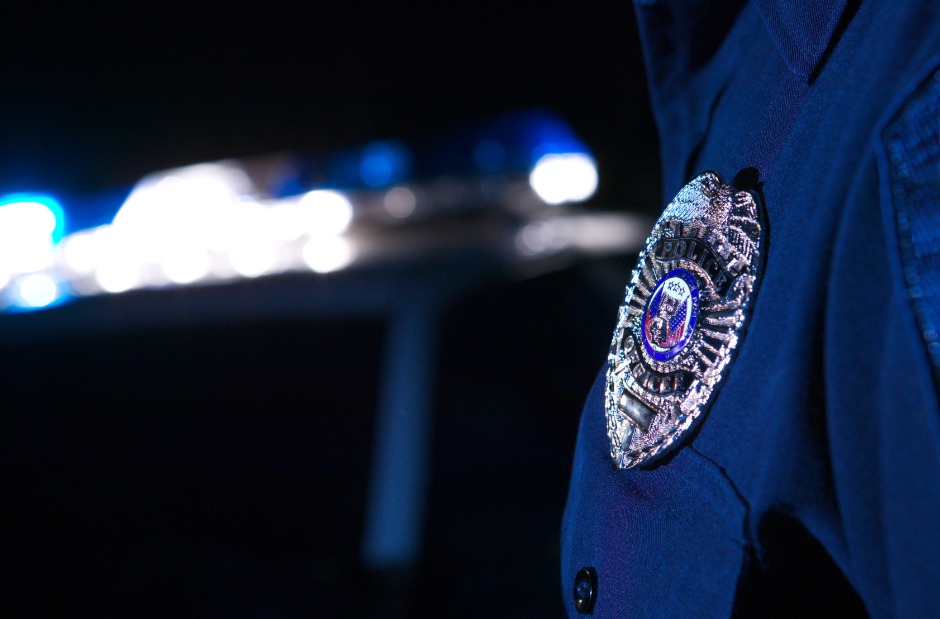 He said two men yelled homophobic slurs at him, police said that wasn’t a hate crime.

LEOMINSTER — On Friday, June 24 at 12:59 a.m., Officers Christian Schwatrz, Christopher Cunningham, and Sergeant Ny Mao responded to Christopher’s Pub for a report of a man who had allegedly been beaten up.

According to the Personnel Narrative for Officer Schwartz, when they arrived on scene an intoxicated man ran up to them asking for help.

“Upon arrival a man in jean shorts and a button up shirt began shouting at me stating he needed help. As I approached the male (later ID as Matthew Kaney), I could see that he was intoxicated,” wrote Officer Schwartz in his Personnel Narrative. “An alcoholic odor emanated from him, his eyes were glassy, and he had poor balance.”

Kaney, 42, of Leominster, proceeded to tell Officer Schwartz that two men followed him out of the bar, yelling homophobic slurs at him.

“Matthew stated that two males in the bar came out and started calling him homophobic names and one with ‘no teeth’ lunged at him. I asked Matthew if they attempted to attack him or hit him, he said ‘no, they kept calling me fa&$ot.’”

According to the Personnel Narrative of Officer Cunningham, Kaney said he wanted both men to be charged with a hate crime.

“I tried to explain to him that while insensitive, it is not a hate crime to call someone a ‘fa&$ot.’ He then started arguing with me telling me I was wrong,” wrote Officer Cunningham in his Personnel Narrative.

One of the owners of the pub then came out to speak with the officers.

According to Officer Cunningham, the owner said that he didn’t witness what transpired in the parking lot, but was told by his employees that this all started with Kaney entering the bar while they were closed. The owner said that when he was told to leave, Kaney went outside and leaned on a black car in the parking lot, which upset one of his employees.

Kaney told police he was there to pay an outstanding tab, but according to Officer Schwatrz, the pub’s owner said that Kaney has been told that he’s not allowed to be served or allowed on the premises, adding that he had posted a notice to inform the staff. The owner added that this was not the first time Kaney “came by to cause issues.”

“I asked [the owner] if any of the staff got into a fight or called Matthew names, [the owner] stated that he didn’t know Matthew was here at first, but he’s come by before to cause issues. I had Officer Cunningham stay with Matthew while I went to speak with the staff.”

According to Officer Schwartz, the staff collectively denied everything Kaney said.

“[Two staff members] stated that they were wrapping up, ready to leave when Matthew entered the bar, they knew he was going to be an issue and tried to get him moved along,” wrote Officer Schwartz. “[A patron on scene] confirmed, saying that he was being hostile and was also trying to get him moved along. I asked if any words were said or threats made, all stated no. I also asked if anyone made any movements or had body language that may have been seen as a threat, also no.”

Officer Schwatrz then approached the owner and asked if he wanted Kaney trespassed from the pub. The owner said that having a notice in the bar wasn’t working, he then went to Officer Cunningham who issued a trespass notice for him.

“When I went over to Matthew he wanted to speak with our supervisor, Sgt. Mao. I stayed nearby as he was moving a lot and getting into the personal space of Sgt. Mao. While listening, Matthew attempted to change his story stating, he was being threatened because he was gay, attempting to argue that this was hate crime driven,” wrote Officer Schwartz in his Personnel Narrative.

When Officer Cunningham and I followed, he began to run away.”

Officers Schwartz and Cunningham caught up to Kaney, grabbed his arm, placed him into an “escort position” and walked him back to Sgt. Mao.

“Sgt. Mao tried to explain that he’s free to go if he could give us an ID. Matthew began screaming and fighting us, attempting to flail his arms and body. He kept causing such a scene I could see the staff walk around to see what all the commotion was,” wrote Officer Cunningham. “It was clear to us that Matthew was unable to act and think logically and I explained that he would be placed in protective custody.”

According to Officer Schwatrz, Kaney continued to resist the officers as they attempted to handcuff him.

“While attempting to walk him to the cruiser, he continued to pull away and lean forward as to trip us up and make us fall over or into each other,” wrote Officer Schwartz.

Once he was placed in the cruiser, Officer Schwartz said that he advised Kaney that he was being placed under protective custody and that he was summonsed for the following: Obstruction of Justice (for refusing to give police his ID), Disturbing the Peace and Resisting Arrest.