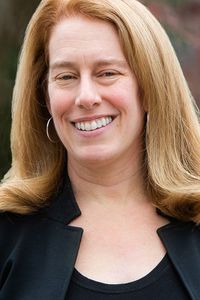 MALDEN — On Monday, July 25, the Massachusetts Building Trades Unions (MBTU) announced its endorsement of Shannon Liss-Riordan, who is running for Attorney General.

The MBTU is a 102-year-old organization comprised of 63 member locals representing more than 75,000 union construction workers throughout the state.

“Shannon Liss-Riordan has been a tireless public servant, protecting working families in the Commonwealth and beyond. Shannon has a track record of standing up and winning landmark cases against corporate giants like Starbucks, FedEx, and American Airlines,” said MBTU President Frank Callahan. “As the people’s lawyer, she’ll continue to challenge the status quo and ensure the system is fair and equitable for the citizens of Massachusetts, and we are proud to endorse her for Attorney General.”

Liss-Riordan, 53, is a labor attorney who went to Harvard University for both college and, eventually, law school. She’s best known for her class-action lawsuits against “gig economy” companies such as Uber, FedEx, Amazon and DoorDash. Her lawsuits largely addressed whether these companies improperly classified their employees as independent contractors.

Liss-Riordan also played an active role in the Third Wave Feminist movement, which began in the 1990s and continues to the present day. After graduating from college in 1990, Liss-Riordan went to work for New York’s trailblazing feminist powerhouse Congresswoman Bella Abzug.

“I am honored to receive the endorsement of the Massachusetts Building Trades Unions. For years, I have been proud to partner with MBTU and the workers within their unions to strengthen worker protections and combat wage theft,” said Shannon Liss-Riordan. “Wage theft and worker misclassification continue to run rampant in the construction industry. As your next Attorney General, I will take a systemic approach to combating wage theft and will ramp up enforcement actions through the Fair Labor Division to ensure that workers are paid the wages they are owed immediately.”

This isn’t Liss-Riordan’s first bid for public office. In 2020, she ran for Senator Ed Markey’s seat in the Democratic primary.

Joining Liss-Riordan on the ballot for the Sept. 6 Democratic primary for Attorney General are former Boston City Councilor Andrea Campbell, who represented District 4 from 2016 to January 3, 2022, and Quentin Palfrey, a Harvard educated election protection attorney who served in the Obama administration, working in the Office of Science and Technology Policy. Presently, he’s the acting general counsel for the Department of Commerce in President Biden’s administration.

These AG hopefuls are hoping to take over for Maura Healey, who is running for governor.

January 8, 2023
A Worcester election worker’s flashback: things that made me go “huh?” during the midterms