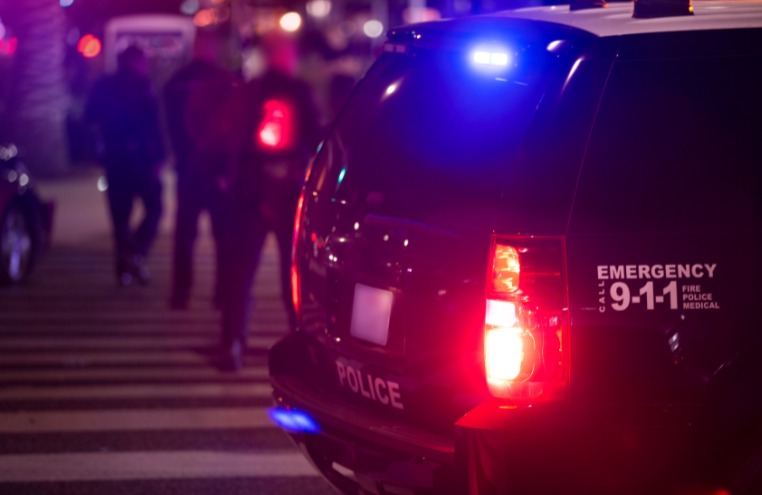 When police arrived on scene, the couple were covered in blood, pieces of glass were sticking out of the man’s hands.

CLINTON — At 12:34 a.m. on July 4, Patrolmen Gerald Guerra, Michael Fazio and Michael Frick of the Clinton Police Department were dispatched to 15 Lowe Street following several reports of a young man and woman screaming and smashing items outside, while a small party was taking place at the residence.

Officer Guerra said that as the anonymous caller was providing this information, from inside the residence, he heard Blaikie yell, “I am fu$king dying, what the fu$k do you want me to do?”

When the officers arrived on scene, there were several people standing outside “frantically pointing” in the direction of 15 Lowe Street, where yelling could be heard from inside the residence.

According to Patrolman Guerra, as the officers approached the front porch, they heard Boule screaming for someone to call 911 as things were being thrown throughout the residence.

“We opened the front door, announced ourselves and entered the residence where we say Courtney standing by the living room doorway,” wrote Patrolman Guerra in his Narrative. “She had fresh blood on her white shirt, arms and legs. She appeared to be extremely nervous, crying and emotionally distraught.”

Blaikie then appeared alongside Boule in the doorway. Like Boule, he had fresh blood all over his shirt and parts of his body.

According to Patrolman Guerra, Blaikie then quickly turned into the kitchen.

“Fearing that he would access kitchen items, such as knives, we followed him, and Patrolman Michael Frick ordered him to the floor, which he complied. I took note that both his hands were covered in fresh blood. I observed numerous cuts on both palms, one which had a piece of glass in it.”

After placing Blaikie in handcuffs for “safety reasons” and calling an ambulance, Patrolman Guerra took note of the living room. Household items were strewed about the floor, which was covered in blood and broken glass.

According to Patrolman Guerra, as police attended to his wounds, Blaikie said that “nothing happened,” he just fell a few days ago.

However, Boule told a different story. She explained to police that he was her boyfriend of three years and she “snapped,” pushing him through the backdoor window, because he said one of her friends was pretty.

“Courtney repeatedly stated to me on multiple occasions that she pushed him and it was her fault as she apologized numerous times,” wrote Officer Guerra in his Narrative.

Later adding, “She told me that they were inside the residence by the back door and that she pushed him, causing him to break the glass door window with his hands. [This indicated how] Connor sustained his injuries. At one point, she stated to Patrolman Grady, ‘why is he in handcuffs? I should be,’ she added that, ‘he said a girlfriend of mine looked pretty. I snapped.’”

As Blaikie was taken to the ambulance, Patrolman Guerra said that Boule exclaimed angrily that she was going to walk to the hospital. She then stepped in front of the stretcher and flailed her arms about while saying that she was on her property.

“I asked her to step away from the stretcher to allow the Clinton Fire EMS personnel to bring Connor in the ambulance but she refused,” wrote Patrolman Guerra in his Narrative. “I took note of several neighbors looking out their windows, multiple people standing outside their residence and on the street watching Courtney’s disruptive actions which served no legitimate purpose. The time was approximately 1:00 a.m.”

According to Patrolman Guerra, Courtney was then placed in handcuffs and told that she was charged with Assault and Battery on a Family/Household Member, Disturbing the Peace, and Disorderly Conduct.

“Her tumultuous behavior continued and she was subsequently escorted to the rear of my cruiser for transport to the Clinton Police station where she was booked and afforded all applicable rights pertaining to anyone including Miranda and a phone call,” wrote Officer Guerra in his Narrative. “During booking, she apologized multiple times for her actions.”

While at Clinton Hospital, Patrolman Grady advised Boule of his 209A rights (e.g., the right to get a restraining/non-harassment order), which he declined.

After booking Courtney was placed in a female holding cell for a mandatory six hour “cooling down” period. Her bail was set at $240 ($200 bail plus $40 bail fee).

Boule was arraigned in Clinton District Court on July 5, where she plead not guilty and filed a motion for funds for an investigator, which was allowed by Judge Dennis Sargent.

Following her arraignment, she was released on her own personal recognizance under the condition that she stay away/not contact Blaikie.

She is scheduled to appear in court again on Aug. 30 for a pretrial hearing.