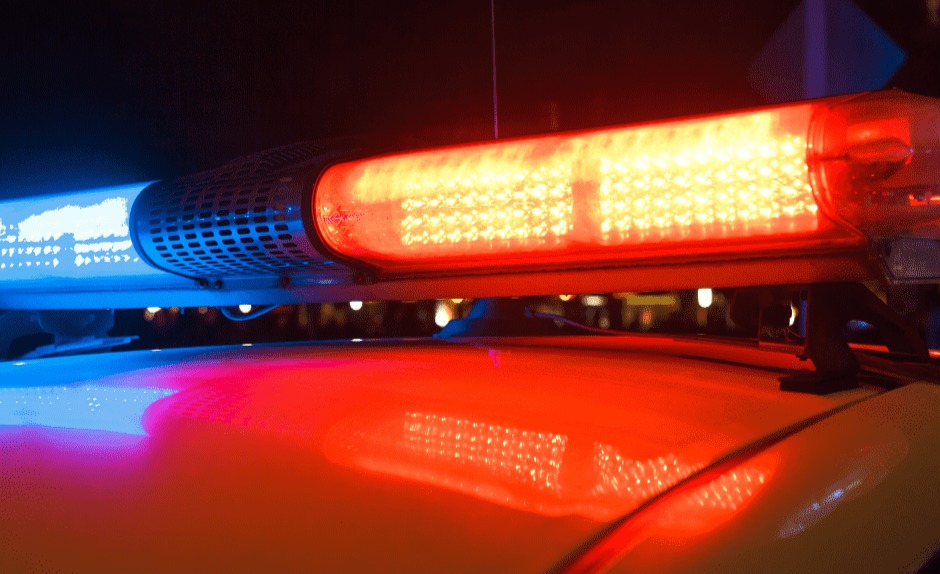 As he was being transported to Athol Memorial Hospital, the man told an officer to “watch out” because “he knew people.” He racked up seven additional charges following the crash.

ATHOL — On Monday, July 18, at 1:40 p.m., Officer Courtney Call of the Athol Police Department was working her assigned shift when she was dispatched to the area of Main and Exchange streets following a report of a car accident involving a scooter.

According to Officer Call’s Narrative for the incident, Officer Erick Fredette and Sergeant Jarret Mousseau were dispatched to the scene as well.

While enroute, dispatch informed the officers that the driver of the scooter ran from the scene and got into a white Cadillac.

Officer Fredette intercepted the Cadillac as it was exiting a municipal parking lot. (According to Officer Call, both Main and Exchange streets are public ways maintained by the Athol Department of Public Works).

Officer Fredette spoke with the scooter driver, who was in the front seat of the Cadillac.

“Officer Fredette spoke with the male party,” wrote Officer Call in her Narrative. “He provided the name ‘Edwin Figueroa’ and date of birth 2/22/1982. Dispatch stated they were unable to locate anyone with that name and DOB.”

Officer Call spoke with the other driver involved in the accident, a 20-year-old woman who was operating a Honda CRV.

The driver added that when Figueroa struck her vehicle, he flipped over the hood of her car, landing on the road. She added that she approached Figueroa to ask him if he was okay. He said he was fine and asked her for a ride home and she said “no.”

Then a witness to the accident approached Figueroa to ask if he was okay as well. He told her he was fine and also asked her for a ride home. According to Officer Call, the witness declined and told Figueroa that she was going to call the police.

According to another witness, Figueroa then hightailed it to the municipal parking lot across from Hometown Bank, where he found two women in a white Cadillac willing to give him a ride.

“The two females approached Figueroa,” wrote Officer Call in her Narrative. “These two females then assisted Figueroa to their vehicle. [The witness] stated he sat in the Cadillac and when the police arrived on scene, he saw the male party lay down as if he was hiding.”

A third witness to the accident found Officer Call and told her that he was driving down Templeton Road and Main Street when he saw Figueroa – who was parallel to him – driving a scooter in the breakdown lane.

According to Officer Call’s Narrative, Officer Fredette then asked Figueroa if he needed medical attention – which he declined – before “providing a courtesy transport” back to the scene of the accident so Figueroa could speak with Officer Call.

When he was back at the scene of the accident, Officer Call said she asked Figueroa if he was injured. He replied that “he was fine,” according to her Narrative.

“Mr. Figueroa kept stating he wasn’t from here and he was scared,” wrote Officer Call in her Narrative. “Officers asked why he was leaving the scene. He stated he was going to his girlfriend’s house and was scared. Mr. Figueroa was placed in the rear of [cruiser] 21-3 and subsequently transported to the Athol Police Department.”

Officer Call said that when she was back at the station booking Figueroa, he kept interrupting her through the booking questions to ask about his charges and phone call.

“Officer Call advised multiple times he would get to make a call once the booking process was completed,” wrote Officer Call in her Narrative.

While searching Figueroa, Officer Fredette found a small baggie of crack in his left sock.

“A few moments later, Mr. Figueroa stated that he ran the red light, hoping to crash because he was trying to kill himself,” wrote Officer Call in her Narrative. “He also stated he was in pain and complained that he was not provided with medical treatment. Please note that prior to his arrest, he was asked four separate times, by three different officers if he was injured and if he wanted medical treatment. All he stated was that he wanted to go home.”

“While waiting for the ambulance, Mr. Figueroa asked what happened next. Officers explained that if the appropriate paperwork was done, he was medically cleared, and court was open, he would be transported to Orange District Court. If the court was closed by the time he was cleared from the hospital, he would be transported to the Franklin County House of Corrections. Mr. Figueroa became irritated again,” wrote Officer Call in her Narrative. “He started yelling to cancel the ambulance.”

Figueroa then told the Orange Fire Department personnel that he wouldn’t sign the paperwork and go to the hospital.

“Mr. Figueroa then started yelling that he was being forced to sign paperwork to stop him from going to the hospital,” wrote Officer Call in her Narrative. “Officers attempted to explain to him that because booking took so long and the paperwork would not be completed in time, that he would not make it to court prior to it closing. Mr. Figueroa was still irate but eventually stated he would go to the hospital.”

As Officer Fredette handcuffed and placed a chain around Figueroa’s waist so he could be transported to the stretcher, Officer Call said that he “made several comments towards Officer Fredette stating that he would ‘get him.’”

After he was secured and placed on the stretcher, Figueroa continued to make threatening comments to the officers, largely saying that he was going to eventually “get them.”

Officer Fredette and Officer Call followed Orange EMS as they transported him to Athol Memorial Hospital.

When he arrived at the hospital, Officer Call said Figueroa made additional suicidal comments, stating specifically that he intentionally crashed his scooter in an attempt to kill himself.

“He then started leaning over the stretcher and rocking it back and forth to make it fall over,” wrote Officer Call in her Narrative. “He did this multiple times in the doorway, in the hallway, and in the psych pod. Officers were able to get him into the hospital and into the psych room. He eventually calmed down and was transferred to a hospital stretcher where hospital staff took over.”

Officer Fredette remained with Figueroa at the hospital and Officer Call and Sgt. Mousseau left without further incident.

Figueroa was formally charged with the following: Unlicensed Operation of a Moped (according to Officer Call, he didn’t have a valid license to operate a moped and has been charged multiple times in the past for suspended operation), Leaving the Scene of Property Damage, for fleeing the scene after he was told the police were going to be called and attempting to get a ride home, Unregistered Moped, Reckless Operation of Motor Vehicle (according to Officer Call, “Mr. Figueroa operated his moped through a red light at a busy intersection with the intention to kill himself with no regard for the lives and safety of others,” Fail to Stop at a Red Light, Intimidating a Witness/Juror/Police/Court Official, and Possession of a Class B Drug (Subsequent Offense) for the crack police found stored in his sock.

Figueroa was arraigned in Orange District Court on Aug. 8.

He is scheduled to appear in court again on Oct. 17 for a pretrial hearing.