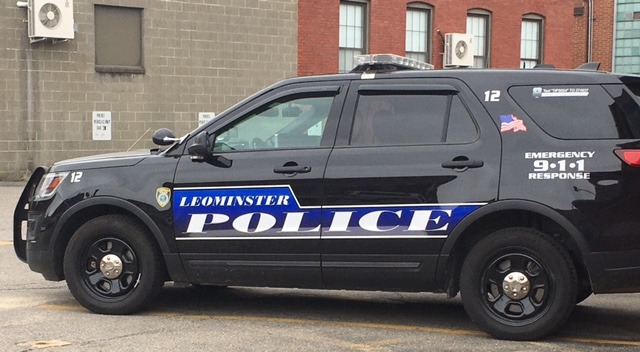 According to a manager, the man broke into his former-boss’ office, placed his hands around the base of his neck and yelled in his face.

LEOMINSTER — At about 5:36 p.m. on Wednesday, Oct. 19, Officers Laurinda Dion and Phillip Allain of the Leominster Police Department were dispatched to Affordable Interior Systems (AIS) on 25 Tucker Drive following a report of an employee assaulting other employees in the facility.

According to the Worcester Chamber of Commerce, AIS is an office furniture and workspace manufacturer.

“While en route, dispatch advised that the caller reported the subject was becoming more aggressive and assaulted her as well,” wrote Officer Dion in her Narrative for the incident. “Dispatch advised that no weapons were being used and no injuries were reported.”

When police arrived on scene, the employee who called 911 – a manager – flagged them down, lead them to a large room and pointed out the man alleged to have caused the disturbance. He was later identified as Temsco Kwitee, 22, of Fourth Street in Leominster.

“There were about 10 other employees in the room that had congregated due to the disturbance Temsco had caused,” wrote Officer Dion in her Narrative. Later adding, “I asked him what was going on and [explained] why we were called. He stated that nothing happened, and the ‘team’ just needed to work better together. Temsco already assaulted multiple employees although he appeared to have calmed down, I did not want to agitate him again, so I spoke to him in a calm voice and asked him to sit down at one of the tables.”

Kwitee sat at one of the tables while Officer Dion asked the 911 caller what transpired that afternoon.

Officer Dion then asked the caller if she wanted Kwitee trespassed indefinitely, she said “yes.”

According to Officer Dion, as she began to ask the caller some follow up questions, Temsco began yelling profanities at Officer Allain, squaring up with him as if he was about to start a fight.

“I ordered Temsco to back away from Officer Allain and to sit back down,” wrote Officer Dion in her Narrative. “Temsco backed up slightly and I advised him that he needed to leave the building and that he was trespassed. Temsco began yelling, spewing insults, and refused to leave the building. I advised Temsco that if he did not leave, he would be arrested for trespassing after notice. Temsco continued yelling, causing a scene, and refused to leave.”

Officer Dion said she then stepped to the side so Kwitee had a “clear line to the door” and told him to leave once again.

According to Officer Dion, Kwitee ignored her request and continued yelling, at which point she advised him that he was under arrest for trespassing and grabbed his left arm.

“Temsco tensed his arm and began pulling his arm to the front of his body and turned his body to try to get free,” wrote Officer Dion in her Narrative. “Officer Allain was able to handcuff Temsco as he continued pulling his arms and arguing.”

Police escorted Kwitee to the cruiser.

When the caller and another manager met with police at the cruiser to return some of Temsco’s belongings, Officer Dion asked them to finish telling her what happened.

After hearing this, Officer Dion said she asked all three managers again if they wanted to press charges and they all said “no.”

Kwitee was charged with trespassing and resisting arrest.

His cash bail was set at $140 and he was arraigned in Leominster District Court on Oct. 20.

Kwitee is scheduled to appear in court again for a pretrial hearing on Dec. 12.

Disclaimer: If you are wondering why the incident in this story was from late October, that’s because I had to file a FOIA request to get the Personnel Narratives for the incident. FOIAs are time consuming.