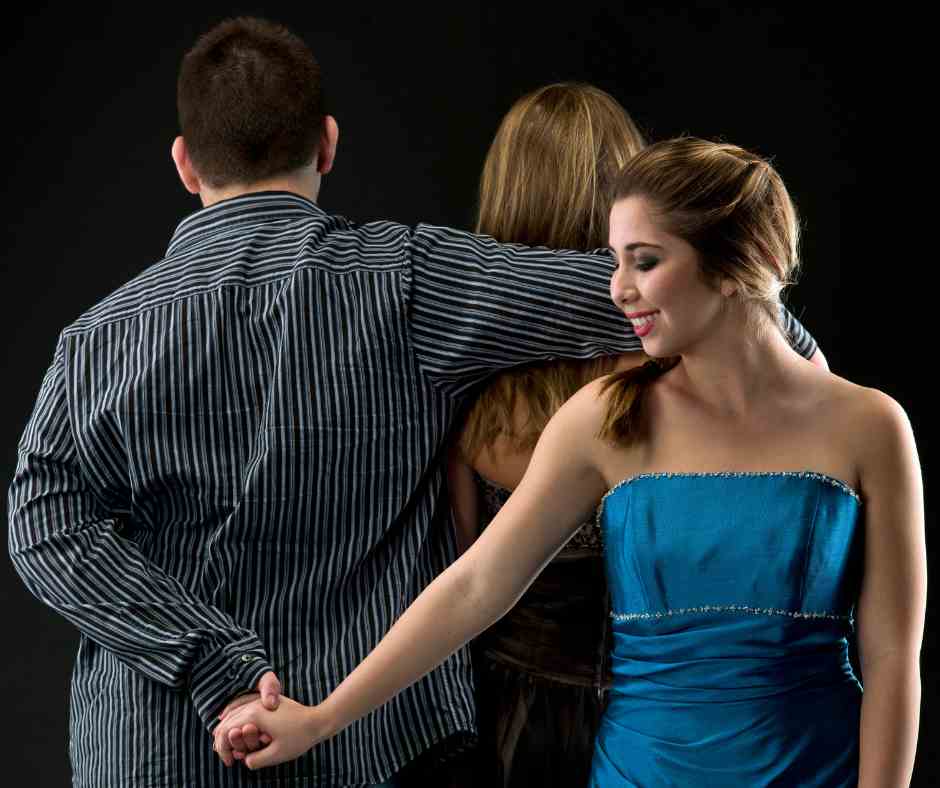 From a lack of morality, to evolutionary investment theories and superiority complexes, here are the top 10 reason why most men stray.

It’s no secret, most men cheat.

There’s even a trope to explain it (ever hear the expression “it’s in their genes?”).

According to the Journal of Marital and Family Therapy, 57% of men overall admit to committing infidelity at some point in their lives and 22% of married men admit to having at least one affair during their marriages.

Why are these numbers so staggeringly high?

And why do some men bother getting married in the first place if they have every intention of cheating on their spouse?

Here’s an in-depth look at why men cheat:

a) Ever wonder why men say they’re single when they’re not or fake their profession to get into your pants? Some academics from the Third Wave feminist movement of the 1970s argued that men are compelled to immorality by evolutionary biology. This means that men are likely to lie, cheat and break a few hearts in the name of spreading their seed as widely as possible.

b) Infidelity for some men in monogamous “relationships” is simply a means to surreptitiously sneak around behind the wife’s back in a subconscious attempt to sire as many children as possible. Ever wonder why there are so many married men in your DMs saying “hello,” but not wanting to know anything about you? That’s because they’re trying to covertly James Bond their genes to the next generation by getting into your jeans.

2. To get the benefits of a relationship without having to sacrifice anything

Some men say “I do” or stay in long-term, domiciled relationships in order to reap the benefits of a monogamous relationship without having any intention of being monogamous. These men feign love, honesty and fidelity in order to have a woman split their bills, clean up after them, raise their children, nurse them when they’re sick, perform sex acts on command and provide companionship and social status.

It’s a buyer’s market for men on the dating scene. Whether they’re single, coupled off or married, men can have the pick of the litter. That’s because there are less men than women, and – thanks to our patriarchal society – the vast majority of men are much more powerful than most women. This means rich and powerful men can have their cake and eat it too because there are only so many of them to go around. It also means that men who are lower on the socioeconomic totem pole can marry/date/cheat up because all men, no matter how “small” have more value than most women, and some women are willing to date a man regardless of his relationship status just to have a man in their life.

A lot of men who feel superior to women think they can do/say whatever they want to any woman they choose. Misogynists like these don’t care what impact their infidelity has on their significant other because they believe they’re doing their wife/girlfriend a favor by being with them.

Since there’s low evolutionary investment in spreading his genes, men seek out short term relationships with almost any willing participant. This means that most women – regardless of their appearance or social standing – are good enough for a fling in the eyes of most men. That’s why it’s easy for women to get laid because – as my father once told me – “a man will f*ck a stack of needles at the thought that a snake is in it.” Now, getting married is another story. Men tend to marry for financial/social status reasons. They also marry mother-figures whom they have conventional breeding sex with, then reserve their lust for prostitutes and lowly loose women because of outdated views on the opposite sex and problems with their mother.

Some men are so confused by their dick that they can’t think without it. Without fail, their urge for sex overtakes any sense of morality, loyalty or compassion. There are also those who are aware of their biological impulses and do absolutely nothing to stop them.

Some men are so insecure about their desirability, looks and/or social standing that they seek out affairs as a form of validation.

A friend of mine once said, “I don’t want to date because my expectations are so high. Why do I expect so much for women?” Some men take women’s biological function as a potential caretaker for children a little too far. Just because women have motherly qualities and the ability to bear children, doesn’t mean that they are there to meet your every emotional and psychical need 24/7. Ladies, if you ever wonder “why the f*ck is he smiling at me?” about strange men in public, that’s because they often benefit from relationships with women, while women are told to invest and sacrifice simply to have one.

9. He knows he can get away with it

Whether in the form of a “friendly like” on Instagram or “coffee date” with a co-worker, I am perplexed with how many men openly flirt with women who are not their significant other. I am even more impressed with their wife/girlfriends’ ability to overlook the obvious infidelity that’s taking place right under their noses. Many women excuse the infidelity of their husbands because they are so desperate to keep their relationship going to maintain their social standing/family (esp. if they have kids) that they will put up with almost anything to keep their significant other around. Other women are so lovestruck that they subconsciously overlook obvious infidelity because they actually trust men. Then there are those who enjoy being the “main chick” of a desirable man and even compete with the side chicks for the affections of their disingenuous partner.

Either to relieve stress or as a means to further ingratiate themselves to other men, many guys pursue women like it’s a pastime. These are the guys who find dating “fun” and the chase “exciting” (that’s because – for men – there are little societal repercussions and/or potential for physical harm from looking for sex in all the right places). These are also the guys who objectify and invalidate the humanity of women, reducing adult women to “girls” that serve as a distraction from their work life.

December 5, 2022
Five signs the guy you are dating is a gold digger

Five signs the guy you are dating is a gold digger