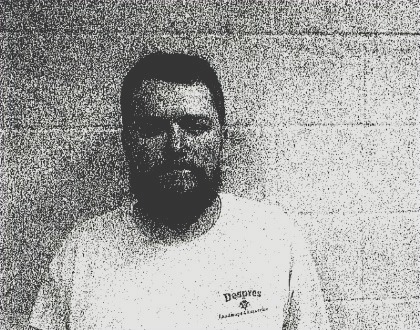 Police say the first time they arrived at his residence, the man asked what the bail would be if he were arrested for throwing rocks at the first responders, adding that "It might be worth it."

ASHBURNHAM — On Saturday, Oct. 29, at about 8:17 p.m., Officers Erik Salo and Les Holgerson of the Ashburnham Police Department were dispatched to 254 Stonewell Road for a report of a large, illegal bonfire taking place at the residence. An additional police unit and the Ashby Fire Department responded to the scene as well.

When he arrived on scene, Officer Salo said that he could see “flames approximately 15 feet high from an elevated area above the roadway.” Embers from the fire, he added, were “spreading throughout the area.”

According to Officer Salo’s Narrative for the incident, police and fire personnel walked up the driveway, which was blocked by two horizontally parked vehicles.

As they walked around a large garage on the property, they were met with the 24-year-old homeowner, Robert Despres.

“Despres stated that we were trespassing and needed a warrant to access his property,” wrote Officer Salo in his Narrative. “We explained to Despres the reason for our presence and I requested he move the vehicles blocking the driveway. Despres refused to move the vehicles after several requests. Despres then stated that his attorney was already working on this case for him. The fire department decided to access the fire from an embankment next to the roadway. I observed Despres to be unsteady on his feet, slurring his speech, he appeared to be intoxicated. Despres was drinking a beer throughout our conversations with him.”

Officer Salo then walked around the corner of the garage where he observed 15 people drinking around a bonfire that measured approximately 15×15 feet. According to Officer Salo, he didn’t see any fire extinguishers or water nearby to control the fire if needed. Burning in the fire were construction materials and trash. There was also a heavy odor of diesel fuel in the air.

According to Officer Salo, Despres told Ashby’s fire chief, Mike Bussell, that it was a cooking fire but no one answered the phone when he called it in earlier in the day.

Chief Bussell told Despres that it was an “obvious bonfire,” Officer Salo wrote in his Narrative that he didn’t see any food near the blaze.

According to Officer Holgerson, when Chief Bussell said they were going to extinguish the fire, Despres complained that this was a waste of resources, then asked what would happen if he threw rocks at the firemen, the fire engine, police cruisers and police.

“I informed him [that if he threw rocks] he would be arrested,” wrote Officer Holgerson in his Supplemental Narrative for the incident. “He responded, ‘How much would the bail be? It might be worth it.’”

The fire department put out the fire and as units cleared the scene, officer heard the sound of fireworks coming from the backyard.

At approximately 9:47 p.m., dispatch received another complaint of a bonfire “twice as large” taking place at Despres’ residence.

“Arriving on scene I observed a fire approximately 20 feet high with additional combustible materials (a large wooden box crate) that was not previously observed in the fire,” wrote Officer Salo in his Narrative. “Officer Holgerson and myself then approached Despres. Despres stated ‘it must of flared back up’ and laughed. Officer Holgerson then advised Despres that he was under arrest. Despres stated ‘no’ and began to walk away. Officer Holgerson took control of his right arm as I knocked a can of beer from his left hand. I then removed a knife clipped to his left pocket and took control of his left arm. Despres continued to tense up and attempted to pull away. Despres continued to resist by attempting to pull his arms to the front of his body. Officer Dylan Denis from the Ashby Police Department handcuffed Despres. I then conducted a pat frisk for weapons and escorted him to marked cruiser #5.”

Despres was transported to the Ashburnham Police Department where he was booked and formally charged with disturbing the peace, resisting arrest, and setting a fire in the open.

Despres was arraigned in Winchendon District Court on Oct. 31.

He is scheduled to appear in court again on Dec. 16 for a pretrial hearing.

Disclaimer: If you are wondering why the incident in this story was from late October, that’s because I had to file a FOIA request to get the Personnel Narratives for the incident. FOIAs are time consuming.