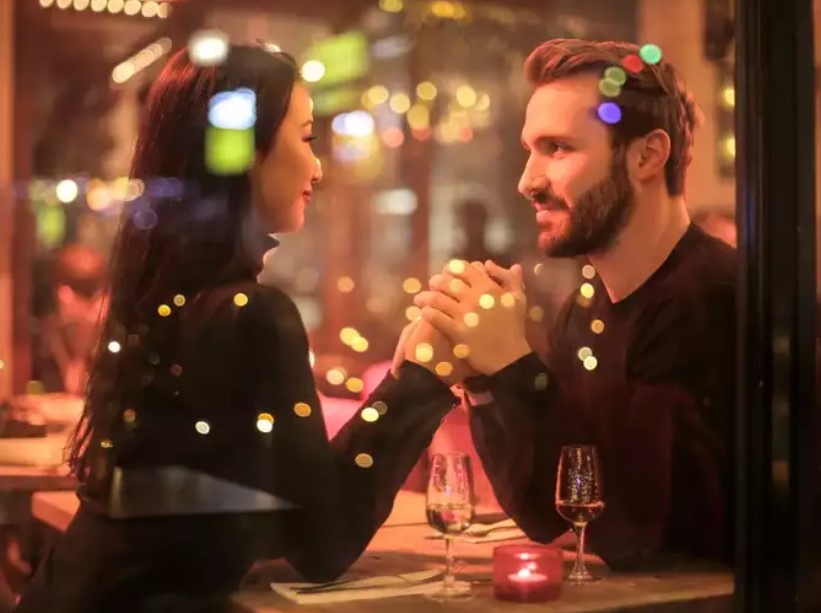 Don’t expect your date to override his biological drive(s) with reason, ladies, even if society deems him superior.

Men are driven to immorality by their biological impulse to have sex with as many women as possible. And since society excuses men for their animalistic behavior, allowing them to commit perjury on the dating scene with impunity, virtually every man you date will tell you a fib or two to get things going their way as quickly as possible.

Here are some of the most common things men lie about on the first date:

Feeling pressure to prove socioeconomic status they haven’t achieved; many men lie about the nature of their job to a woman they just began dating. If he’s a janitor at a middle school, he’ll tell you that he’s the Vice President of Maintenance at Harvard University. If he does assembly at a plastic plant, he’ll tell you he’s a manufacturing engineer, and if he’s unemployed, he’ll say he’s the CEO of a company he hasn’t started yet.

Unless you ask a man directly, he’ll never tell you anything. That’s why it’s important to ask any man you consider dating if he is in a relationship. You should also take with a grain of salt any man on the dating scene who says he’s single. Studies have shown that about 1/3 of men on online dating sites are married. Another subsect of men looking to date may not be married, but are already in a committed, domiciled relationship. And then there are those who are legally single, but seeing multiple women at the same time, hoping to add you onto their roster by feigning exclusivity.

The reason most men compromise their morality to seek out short term relationships with women is because it’s less evolutionarily advantageous for a man to limit himself to one woman and her progeny. That’s why many men date for sex and when they get it, only stick around long enough to get you pregnant. Studies have shown that men show the most sexual interest in the first six to eight months of a relationship, the precise amount of time over which consistent sexual encounters will result in pregnancy. Since men have the capacity to impregnate multiple women simultaneously, a man will often lose interest in a woman once he’s had sex with her long enough to theoretically impregnate her. Then it’s off to anyone else and her friends if she’ll allow! (FYI, most men are aware of these drives and do nothing to override them with reason and then call women the “weaker sex,” HAH!).

Here’s an anecdote to illustrate this point…After I left an abuse relationship last fall, I began a bowling Meetup group for singles called “Bowling while Single.” That was a mistake because creepy men attracted to my profile picture would show up to “bowl” and then hit on me over messenger in the Meetup app later (thank God my father is part of the group). This one guy drove all the way from Braintree, Massachusetts to Leominster (an hour-long drive) to “bowl” and seemed upset when he figured out that my father and his girlfriend were also there. My dad’s girlfriend made small talk with him and after she revealed that she lived in Princeton with my father, he said that he was planning on buying a home there (JOKE). Then after the group he decided to message me with some follow up small talk about all the fun he had and then took the liberty to jump directly into some sex chat to which I said, “I don’t know you well enough for that.” I haven’t heard from him since, so I think it’s safe to assume he was looking for a quickie. I later changed the name of the Meetup group to “Together We Bowl” to not give anyone the wrong impression.

4. How many serious relationships he has had and how long they lasted

The last guy I dated was 17 years my senior. At the age of 22 he got married. Two years later he was divorced and ever since he’s been in a never-ending slew of 1 to 2 year- long relationships with significantly younger women who were way out of his league professionally. When he told me definitively that he didn’t want children after going back and forth about it for a year, I ended the relationship with him and scoffed in my head as I watched him collapse in a chair and say through tears “no one is going to take care of me!” He made no accommodations for me after moving me into his apartment and proclaiming that I was his girlfriend. He smoked cigarettes until it made me sick and didn’t stop when I asked him to, then he’d make a huge deal of my being overly drunk every once in a while, telling me to go to AA, what a hypocrite! He’d also tell me to spend an egregious amount of money on what he wanted to buy for groceries (organic only) with no consideration for what I wanted to eat, and after telling him I wanted to eventually move to the city to pursue my career, he said he wouldn’t. Why would I take care of a man who makes being alone a preferable situation?

Nevertheless, when I started dating this guy who has never had a successful relationship due to his low socioeconomic status (he was a guitar teacher who worked on contract at a local store), narcissism and rigidity, he told me about this seven-year live-in relationship he had with a poor nurse he never married or had kids with (I still doubt the duration and nature of that so-called relationship of his). And while he told me about that so-called success, he failed to mention what his brother eventually told me, that for the past ten years or so, he had been shacking up with a seemingly endless string of women he barely knew – including myself – who left as soon as they came.

But when I told him honestly that I never had a relationship that lasted longer than a year, he never let me live it down, continuously saying he has had a better history with relationships than I have. Give a man an inch and he’ll tell you it’s another dimension.

When I had a television reporting gig in Westchester Country, New York, a few years ago, it piqued the interest of an old “friend” from middle school. I actually had a crush on this dude in the sixth grade because he was 6’2”, thin and looked like the lead singer of Hanson (there’s no accounting for taste, lol).

Anyways, he reached out to me over Facebook messenger and we chatted for a while. He approached me like an old friend, but seemed a little too interested in my job, which was no big deal so I let it slide. He obviously overestimated my status. Fios1News, the station I worked for, went out of business seven months after I was hired and I was living in an AirBnB, but like many morons, if they see that you’re on TV, they think you are loaded.

Anyways, this guy and I chatted for old times’ sake, but all he talked about was the news. He would literally read stories just to tell me about them to show that we had similar interests. I was okay with it at first, but I could see through his bullshit. When I moved back home and finally saw him in person, he looked nothing like he did in middle school. He was 300 pounds, unkempt and unemployed. When he asked me to borrow my car and if he could move into my mother’s house, I stopped talking to him. I have had to block him on social media and my phone; he still contacts me to this day, four years later. I know this because if I unblock him on my phone, I’ll get a message within two days, that’s how obsessed he became. I guess no one talks to him because he refuses to work on himself. That’s his problem, not my responsibility!

So, beware of the man who says that he likes the same shows you like, or academic discipline that correlates with your career. It may be a ploy to get in your pants or your car.