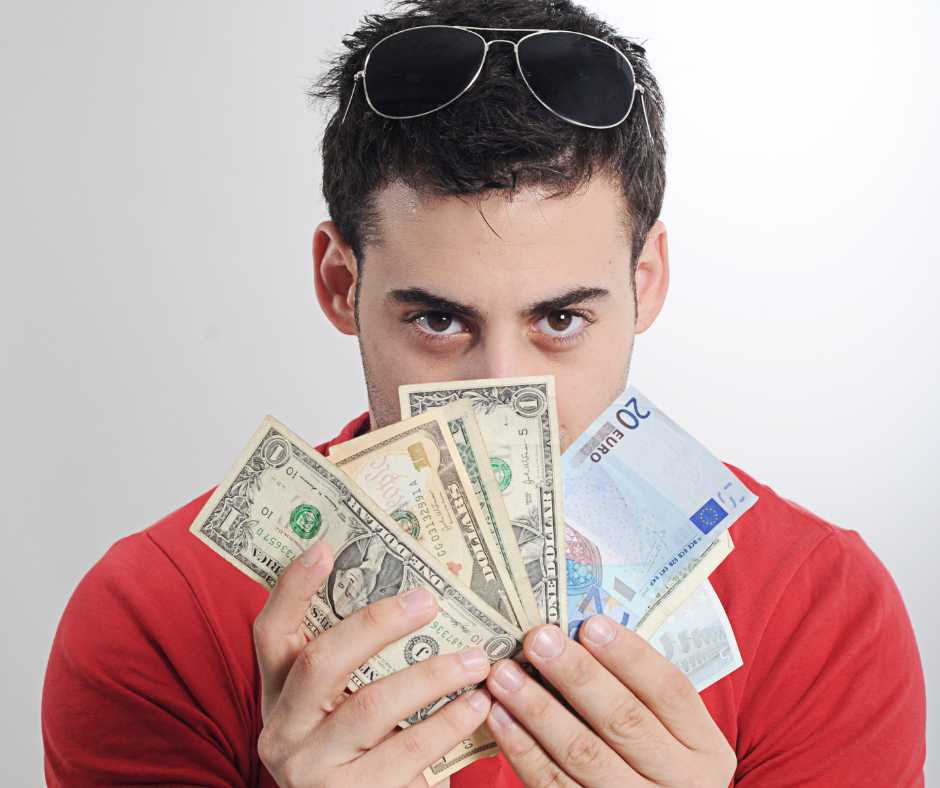 From men who pay for everything at first, to hobosexuals posing as entrepreneurs, here are five popular schemes male gold diggers use to gain access to your bank account through your heart.

One of the unfortunate side effects of women’s empowerment are the men trying to profit from it. That’s right, ladies, male gold diggers are now a staple of the dating scene, common as date rapists and married men pretending to be single. So, while you try to figure out whether he’s looking for something serious, keep an eye out for the man who’s more concerned about your finances than your body count.

Here are five telltale signs the man you’re dating is a gold digger:

1. He pays for everything at first

When you first start dating a male gold digger, he’ll pay for everything. He’ll wine and dine you at an expensive French restaurant one minute and lavish you with expensive gifts the next. Then, once you’re officially an item, he’ll start singing another tune.

For instance, if you’ve been staying with him for free, as soon as you’re comfortable, he’ll throw his hands in the air, declare that he’s being taken advantage of, then ask you to split the rent. If you ask to see the rental contract and utility bills to verify how much you owe, he’ll ask why you don’t trust him and then you’re stuck in the uncomfortable position of paying an arbitrary bill of his own design.

Not only that, but all of the wining and dining he used to win you over will cease permanently. Now, he’ll be asking you to take him out to dinner to make up for the time(s) he took you out, or he’ll conveniently “forget” his wallet every time you go out to eat together. He may even go so far as to say you owe him money for the dates he took you on initially.

It doesn’t stop there either.

When you’re out on your own, the male gold digger will call and ask you to pick up things at the store. At first, they’ll be small items, like a bath mat, then they’ll increase in value until you’re spending $450 for two weeks’ worth of exclusively organic groceries at Trader Joes and footing the bill for the ceiling repair of his slummy apartment. Before you know it, the generous man you once knew is now draining your bank account for overpriced, unnecessary items and you’ve come to the realization that he’s terrible at managing money.

Male gold diggers are taking on the role of the young women who once needed to get married in order to support themselves financially. The only difference is that these men aren’t in the workforce by choice.

Hobosexuals pining for a free ride, will seek out area-women with high paying jobs, advanced professional degrees, nice cars and living situations. With no ambition or education, the hobosexual will try to latch onto any woman of means, dating her traditionally until he’s comfortable enough to ask if he can move into her apartment or borrow your car. If you give in to a hobosexual, he’ll milk you for all you’re worth, while looking for better opportunities.

What do you get when you combine misogyny, laziness and a sense of entitlement? An unemployed middle-aged man crashing on your couch while you work overtime.

The male gold digger is so entitled, he thinks he’s doing you a favor by being with you. That’s why he feels justified in requesting gifts, having you foot his bills and treat him to a night on the town.

And while he may lie about his job or career aspirations when you first meet, the male gold digger has no intention of ever finding a job or pursuing a career; he’s too good for that. Rather, if you’re naïve enough to buy into his B.S., you’ll be the corporation he refuses to work for.

4. He has expensive tastes

The gold digger is a man of exquisite taste, the more expensive an item, the more value it holds in his miniscule, superficial mind. Instead of fixating his beady eyes to your chest, on the first date, the male gold digger will stare longingly at your Rolls-Royce Sweptail the way a teenage boy stares into the girls’ locker room.

If you meet a male gold digger on a dating site, he’ll start off by asking what vacations you’ve taken recently, then ask where you work specifically. If your profile indicates you’re a doctor, for instance, he’ll want to know which hospital you work for and what your title is. If you’re foolish enough to tell him, he’ll look up your salary and gauge his level of interest based on that.

Don’t think for one second that a male gold digger would date a freelance journalist, local musician or aspiring anything. Love, to him, comes at a price.

5. He pries too much into your family’s financial situation

This type of male gold digger will seek out women from wealthy families and play the long game to get a piece of her inheritance. He may not even be a hobosexual, he could be middle class or well off himself, just not as wealthy as the women he pursues. Like the gold diggers who pay for everything before pulling a 180, this breed of gold digger will ask about the nature and extent of your family’s assets and who has control over them.

Once he marries you, he’ll either stop working entirely assuming your family will foot the bill, or he’ll pay for you for years, file for divorce and then go after your family’s assets.

December 5, 2022
Fitchburg teen missing since May reportedly seen in Ashburnham