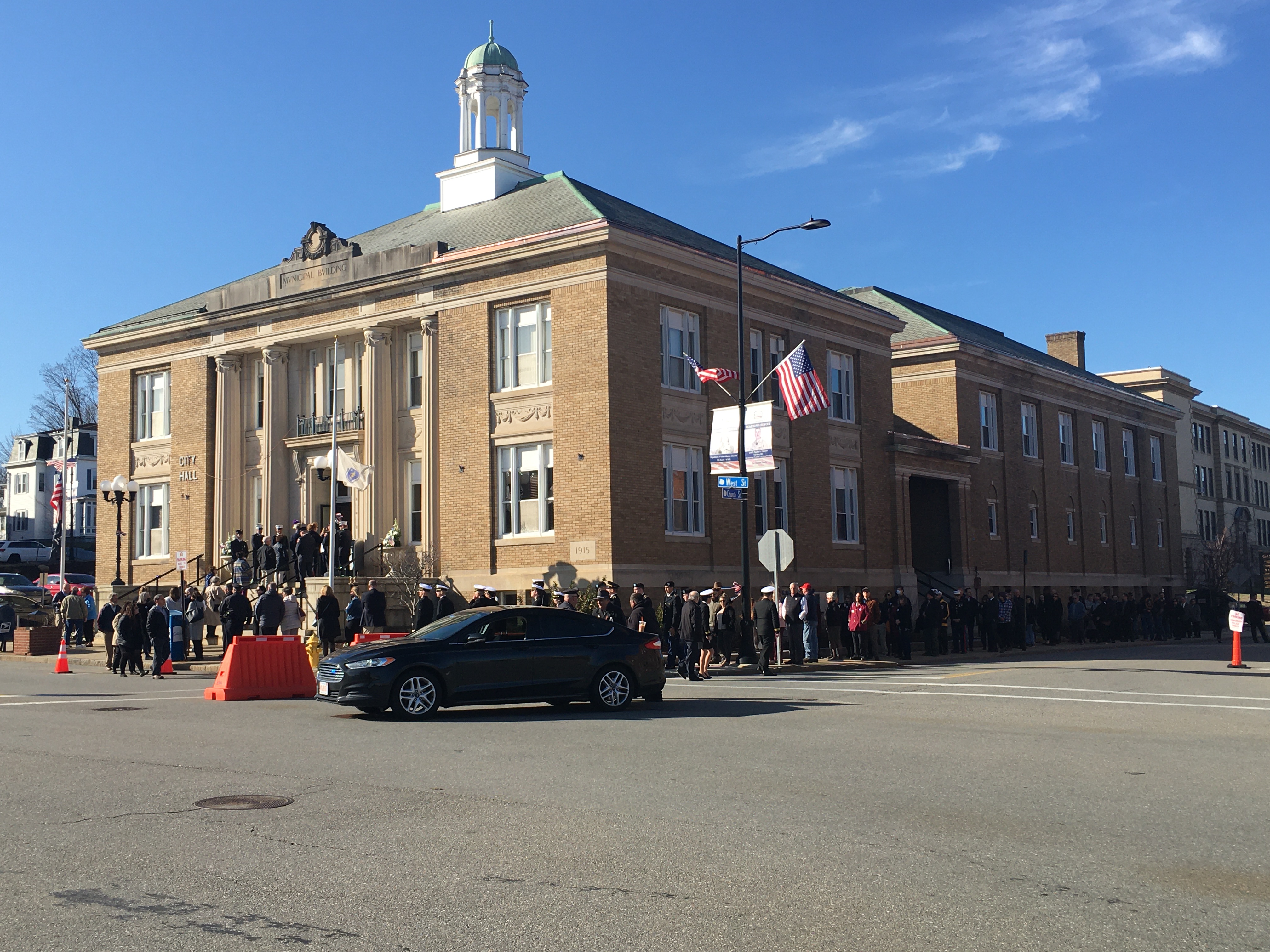 Hundreds came out to pay their respects to fallen Marine Capt. Ross Reynolds at a public wake held in Leominster City Hall Monday. Reynolds died last month in a military training exercise for NATO in Norway.

LEOMINSTER — A line of those looking to pay their respects to Marine Capt. Ross Reynolds wrapped around Leominster City Hall Monday afternoon, where a public wake was held in his honor.

“People come to pay their respects – even if they didn’t know them personally – they wanted them to know how much they support the family and what it means to them and how important it is that young men and women will continue to serve this country and preserve our freedom,” said Leominster Mayor Dean Mazzarella.

The wake was held in the John R. Tata Auditorium from 3:00 – 7:00 p.m. Mazzarella said the wake became open to the public at 3 p.m. Reynolds’ family and close friends attended earlier in the day.

By around 5 p.m., Mazzarella said that approximately 500 people had attended the wake, which is just one of many tributes Leominster has had for Reynolds, who grew up in the city.

According to the U.S. Marine Corps, Reynolds, 27, was one of four marines who were killed when an Osprey aircraft crashed on March 18 in a Norwegian town in the Arctic Circle. Last night, hundreds attended a candlelight vigil on the steps of Leominster City Hall, where Democratic U.S. Rep. Jim McGovern gave Reynolds’ family a packet of statements that were entered into the congressional record in his honor as well as a flag flown over the country’s capitol the day of his passing.

On Saturday, April 2, a procession of police cars and security vans with newscopters overhead transported Reynolds’ body from Logan Airport. The route of the procession from outside Gove Farm on Mechanic Street in Leominster to Anderson Funeral Home in Fitchburg was lined with supporters proudly waving the American flag.

Tomorrow, at 11 a.m., a Mass will be held for Reynolds at St. Cecilia’s Church on Mechanic Street in Leominster. A private burial with full military honors will follow at the Massachusetts Memorial Veterans’ Cemetery in Winchendon.