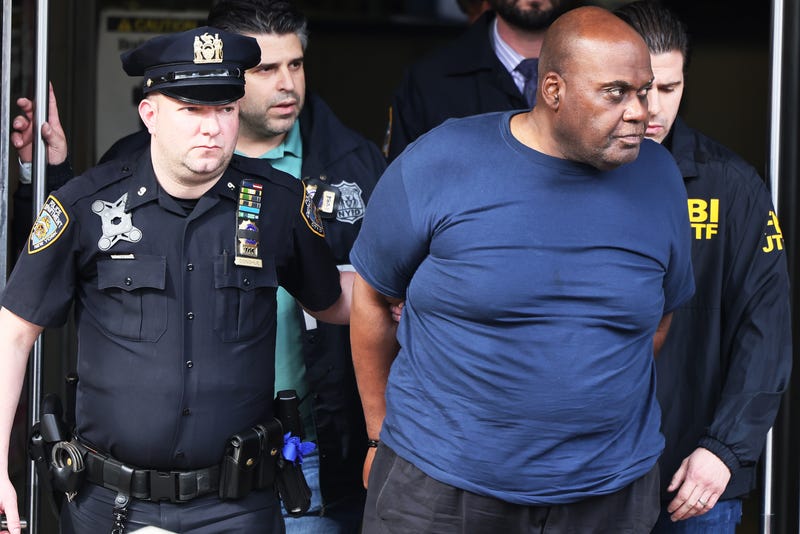 Assistant U.S. Attorney Sara Winik said the shooter's actions were premeditated, judge added that a mental evaluation will not prevent him from standing trial.

BROOKLYN, NY — The man charged in the Brooklyn subway shooting was held without bail today.

According to a statement from the U.S. Attorney’s Office for the Eastern District of New York, Frank James, 62, appeared in federal court in Brooklyn in front of U.S. Magistrate Judge Roanne Mann on Thursday, for a charge of committing a terrorist act on a mass transit system.

It is alleged that shortly before 8:30 a.m. Tuesday, James, who was wearing a gas mask, threw smoke grenades and then opened fire into a car of a Manhattan-bound N train, injuring 29 people, 10 of whom sustained gunshot wounds. He then evaded authorities for over a day before he was apprehended.

During the brief hearing, Assistant U.S. Attorney Sara Winik described James’ actions as premeditated and unprecedented (at least for the past two decades).

“The defendant terrifyingly opened fire on passengers on a crowded subway train, interrupting their morning commute in a way the city hasn’t seen in more than 20 years,” Winik is quoted as saying in USA Today. “The defendant’s attack was premeditated, was carefully planned, and it caused terror among the victims and our entire city.”

Investigators have not yet determined a motive for the attack, although James, who was a YouTuber, did exhibit some paranoic ideations and symptoms of mental illnesses in his videotaped screeds.

For instance, in one video, James complained about New York Mayor Eric Adams’ inability to address mental health and homelessness in the city:

“Eric Adams, Eric Adams: What are you doing, brother? What’s happening with this homeless situation,” he said in reference to the subway, The New York Post reported. “Every car I went to was loaded with homeless people. It was so bad, I couldn’t even stand. I had to keep moving from car to car.”

According to USA Today, during his hearing, James “said nothing beyond telling the judge that he understood the charges against him.” After James’ attorneys, federal public defenders Deirdre von Dornum and Mia Eisner-Grynberg, requested that he get a psychiatric evaluation, Judge Mann agreed, but said that the evaluation would not serve as a means to determine whether James would be competent to stand trial or not.

According to NBC New York, this is far from James’ first brush with the law. Over the years, he’s been arrested nine times in New York and three times in New Jersey. Some of the charges for the New York arrests were for committing a criminal sex act and theft of service.

USA Today reported that one of James’ arrests in New Jersey was for making terrorist threats during an “incident” in Fairfield 27 years ago. James was convicted of a lesser charge of harassment for the terrorist threats he made during the 1995 incident and was sentenced to one year of probation.