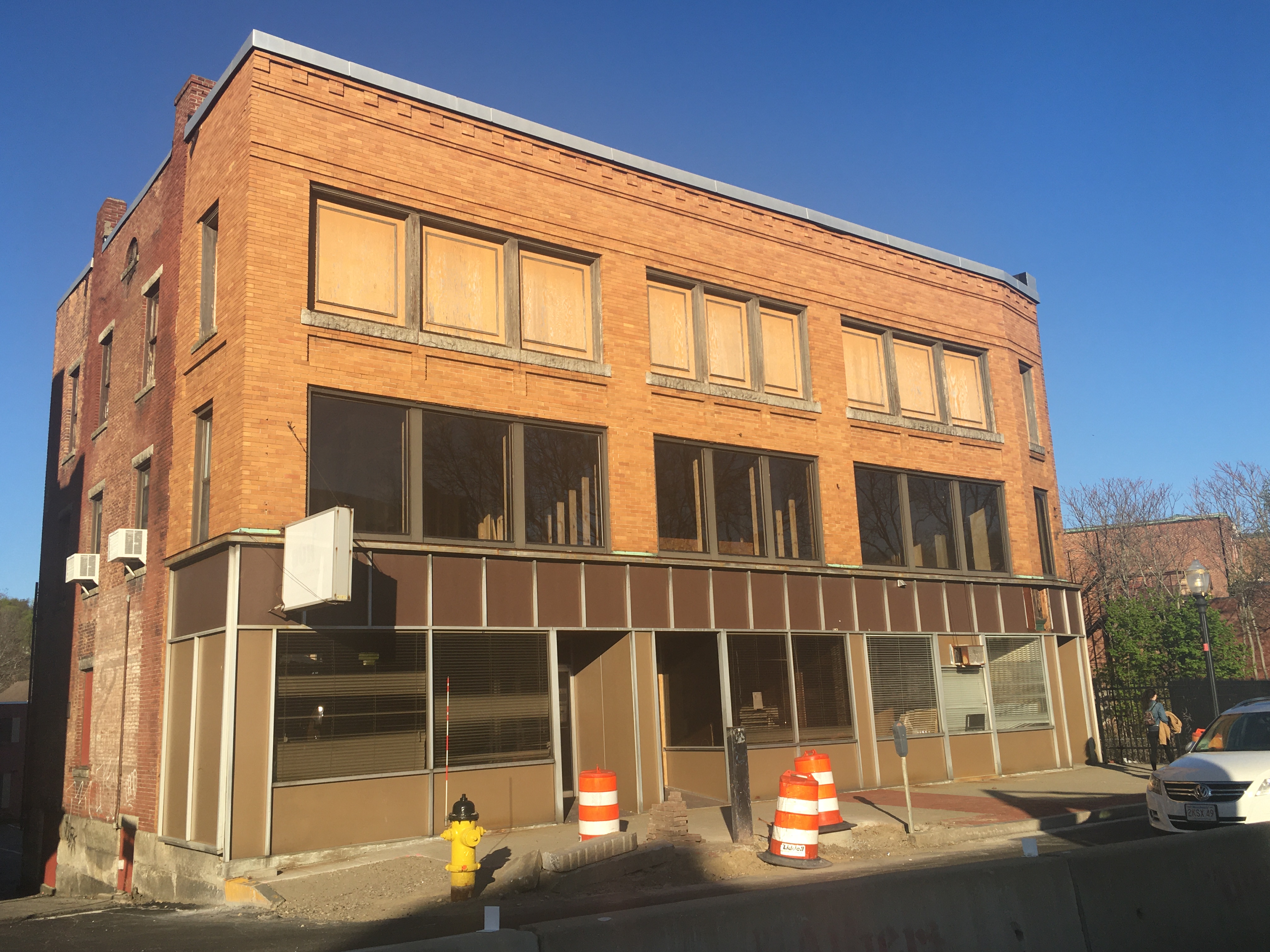 Staff Photo/Genevieve DiNatale: This is the vacant building located at 759-769 Main Street that MassDevelopment issued a grant to a local developer to revitalize.

FITCHBURG — MassDevelopment has awarded a $315,175 grant to Prime Real Estate Investment LLC to redevelop a stand-alone, three-story building located at 759-769 Main Street, which has been vacant for over a year.

Using the grant money, developers Manuel Joaquin and Rosario Nicotra will revamp the entire building, turning the first floor into commercial space and the top two floors into four apartments.

The building, which abuts Grizz Gang Forever, a recording studio, and The Fitchburg

Historical Society, was built for commercial purposes in 1945. It was occupied by a restaurant in the 1960s and, most recently, it was partially occupied by HUB International, an insurance agency.

“MassDevelopment is pleased to help developers Manuel Joaquin and Rosario Nicotra transform this Main Street property with new housing and commercial space,” MassDevelopment President and CEO Dan Rivera said in a statement. “Activating this vacant building will eliminate blight, increase foot traffic in the area, and complement our other recent investments aimed at revitalizing downtown Fitchburg.”

Gateway Cities, like Fitchburg and Leominster, are defined by Massachusetts law as small to midsized cities in the Commonwealth with populations between 35,000 and 250,000. Although Gateway Cities anchor regional economies around the state, their population is largely below the state’s average household income and educational attainment rates.

Since designating downtown Fitchburg a TDI District in 2018, MassDevelopment has issued $3 million in financing and awards to the city for housing, businesses, nonprofit organizations, and “placemaking projects in the neighborhood,” among others. In January, MassDevelopment gave a TDI Equity Investment grant of $75,000 to Elite Construction & Design for the purpose of rehabilitating the vacant building located at 409 Main Street.

“The City of Fitchburg has been aggressively supporting housing production in our downtown, and is pleased to see MassDevelopment support this critical project in Fitchburg’s TDI district,” said Mayor Stephen DiNatale. “This is one of many projects currently under construction in the downtown, which also has over 350 units working through the predevelopment process. Redeveloping underutilized buildings plays a crucial role in activating our Main Street, and these projects couldn’t happen without our partners at MassDevelopment.”