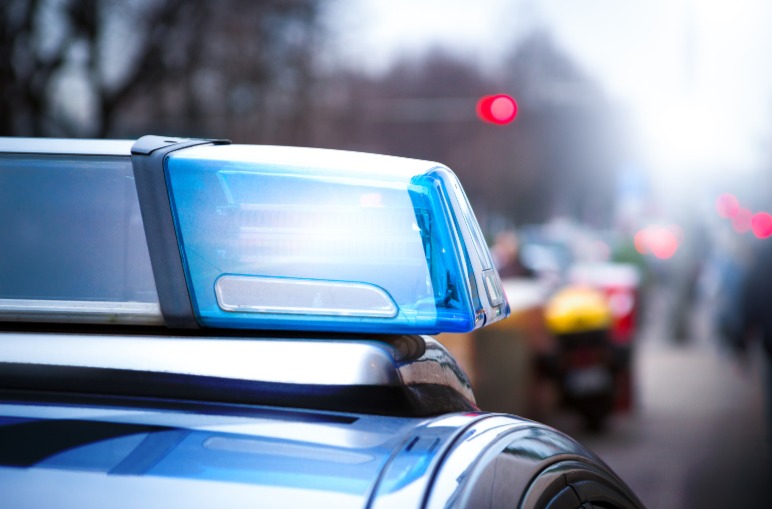 Since her arrest, the woman’s court-ordered mental health evaluation has been extended.

CLINTON — At 7 p.m. on Saturday, June 4, a couple were met with an unexpected sight after returning home from a walk with their baby girl.

In the kitchen of their Woodlawn Street home was a woman holding their English Jack Russell Terrier. She had entered the home through an unlocked side door.

According to Officer Michael Fazio’s narrative for the incident, the girlfriend of the man who owns the residence, called police to report that there was a woman she didn’t know in the home.

“She also reported that there is a Honda parked in front of her driveway,” wrote Officer Fazio in his narrative. “Sergeant Brendon O’Malley, Officer Brendan Rutherford and I responded to the area. While I was responding, dispatch updated all the units that the female is wearing a pink top and is now outside playing basketball.”

Officer Fazio said that when he arrived on scene, the owner of the home waved him down and subsequently pointed to a woman who was, in fact, playing basketball outside his residence.

“I approached him [the homeowner] and he told me that she was in his house walking around with his dog. He stated that she put the dog down, walked outside and started playing basketball,” wrote Officer Fazio.

Officer Fazio said that when he approached the woman to ask her “what was going on,” she continued to dribble the basketball around. He added that she “appeared to be in an altered state of mind, consistent with someone being under the influence of drugs/narcotics.”

“When she responded, she giggled and showed no reaction to me being next to her,” wrote Officer Fazio. “I then asked her what her name was, and she stated, Stephanie McGovern and continued to dribble the basketball.”

Officer Fazio then placed McGovern, a 34-year-old Lunenburg resident, under arrest for breaking and entering. She was then escorted to the Clinton Police Department for booking.

McGovern was charged with Breaking and Entering Daytime with Intent to Commit a Felony, Attempted Larceny, and Disorderly Conduct.

According to Officer Fazio’s statement of facts, McGovern was charged with Attempted Larceny because she was holding the couple’s dog when they arrived home. The charge of Disorderly Conduct was issued because McGovern stayed on the property after the couple’s return to play basketball.

According to the Clinton Police Department’s incident report, after she was booked, McGovern’s bail was set at $540 and she was placed in a holding cell. Then, after she was seen with a lighter in her cell, two officer went to check on her. The officers also “granted” her a “call phone.”

Later on, police say McGovern put a blanket over her head and began “dancing around the cell, stomping her feet.” McGovern remained in the cell at the Clinton Police Department until her first court appearance.

McGovern was arraigned in Clinton District Court on June 6 and subsequently sent to Clinton Hospital for a 15a mental health evaluation.

In addition, during her arraignment, McGovern filed a motion for funds for an investigator, which was allowed in the amount of $950, this is according to the Clinton District Court’s criminal docket entry for McGovern’s arrest.

On June 13, McGovern returned to court for a follow-up hearing on her 15a (mental health competency) evaluation. Her evaluation was continued until July 29.