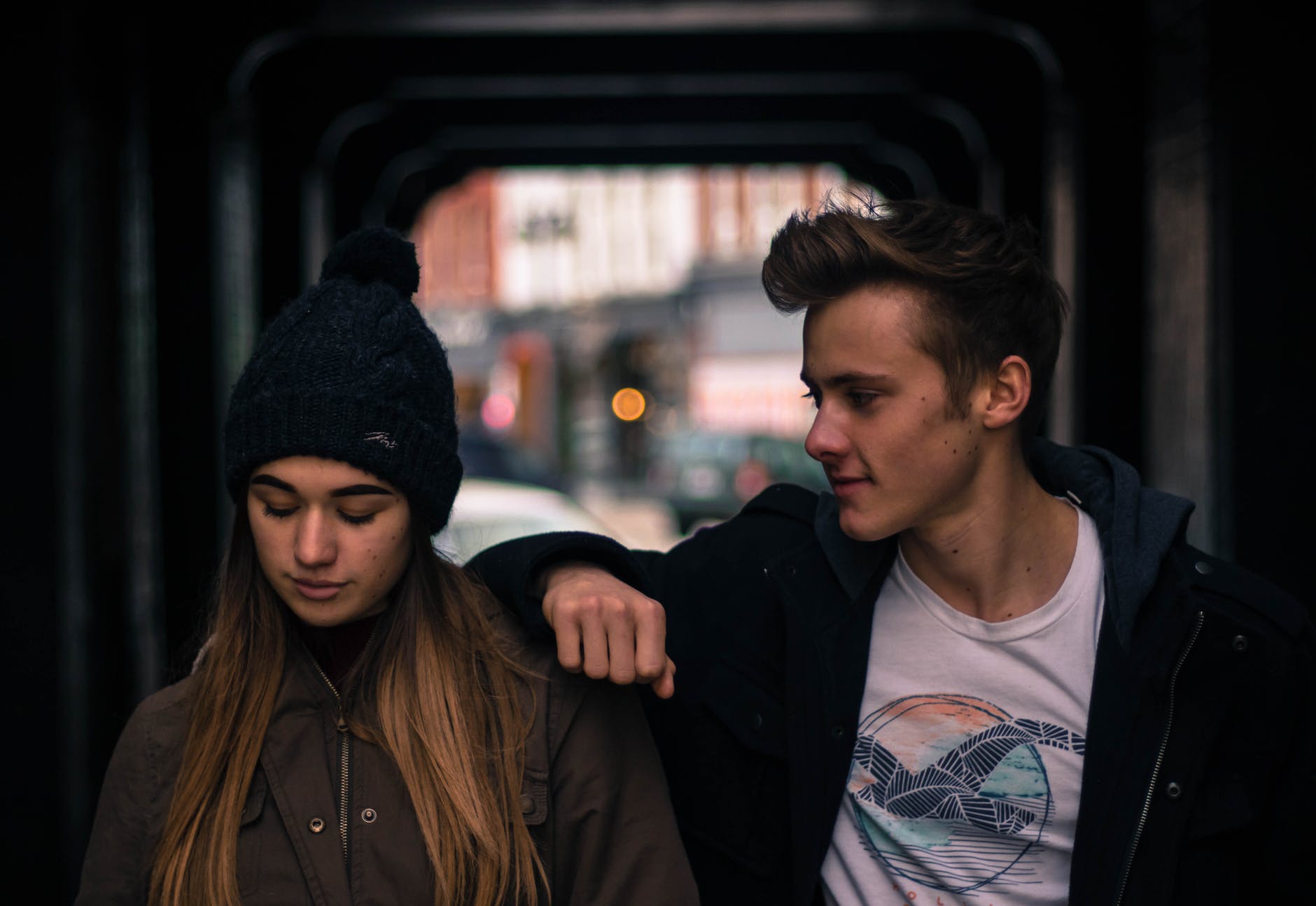 Courtesy Photo/Trinity Kubassek: a young couple in the city at night

From “you can fix him” to “treat 'em mean, keep 'em keen,” Redditors dish out the most asinine relationship advice they ever heard.

With nearly 50 percent of marriages ending in divorce, it might be advisable to never get married in the first place. Nevertheless, most people take the risk, donning their phony façade for a dip in the cesspool known as modern dating, where dating apps have commodified users, confounding them with illusory options to the point of making real connections virtually impossible.

Adding to the almost near impossibility of finding lasting love, is a never-ending slew of relationship advice coming from uncredentialed YouTube gurus, countless self-help books and your nearest and dearest.

Redditors made light of this issue. Two weeks ago, in the subreddit dubbed r/AskReddit, user u/mistarry posed the following question to the group:

Since it was posted, the question received 2,061 comments from snarky Redditors, who shared some real dating advice doozies.

Here’s the worst dating advice of all time, according to Reddit:

Walteryuen99 wrote, “’Get married first. You can take your time to get to know them after that.’ WHAT THE F$%*!”

pgg1610: “Have a child, it’ll make your problems go away and you can understand each other better. Lulz” to which Ratzink replied, “After it can become ‘stay together for the kids.’”

Cornygiraffe: “’Marriage is meant to be holy, not happy.’This was genuine advice from my (at the time) MIL [mother-in-law] while my marriage was actively failing and my then – husband manipulating and gas lighting me. And I believed it at the time. F*%k that, don’t structure your relationships around arbitrary external standards.”

Rina_Bambina: “You can fix him.”

MrCool427: “’Don’t go to bed angry.’ My wife would talk things out until 3 a.m. just so we wouldn’t go to bed angry. It ended up not good because we just kept misunderstanding each other due to being so tired. She finally gets it is ok to go to bed angry and discuss the next day when we have had time to sleep on it/not be so angry in the moment. Saved me hours of sleep in the long term.”

SilhouetteCommenter: “’Men are scared of women who have a higher salary and education than him. If you want a husband, make sure you earn less and don’t go to school’ – some random relative who wanted to give me his words of wisdom. According to him, women who have a higher paying job/education are too stubborn and hard-headed that she won’t listen to the man lolol.”

detective_kiara: “If your man cheats on you, it’s because you’re not pleasing him enough. 😒”

foureyebull: “’Happy Wife Happy Life.’ That phrase is such BS. Healthy relationships are not one-sided and at times require compromise and work. Both husband AND wife need to work together to make a happy relationship.”

Cutelyaware: “My own mother told me that sometimes ‘no’ means ‘yes.’” To which Tolerable-DM replied, “I hope she was just referring to sarcasm, but I suspect that is not the case.”

Bakecrazy: “’Get pregnant, he needs motivation to overcome addiction and find a job.’ The girl fortunately didn’t listen to it though.”

Reditblunt: “Have sex with them after a fight or during a fight. All it taught me was that abuse should seem sexually attractive when it’s not.”

December 5, 2022
Gardner woman found passed out in car with baby charged with child endangerment while OUI