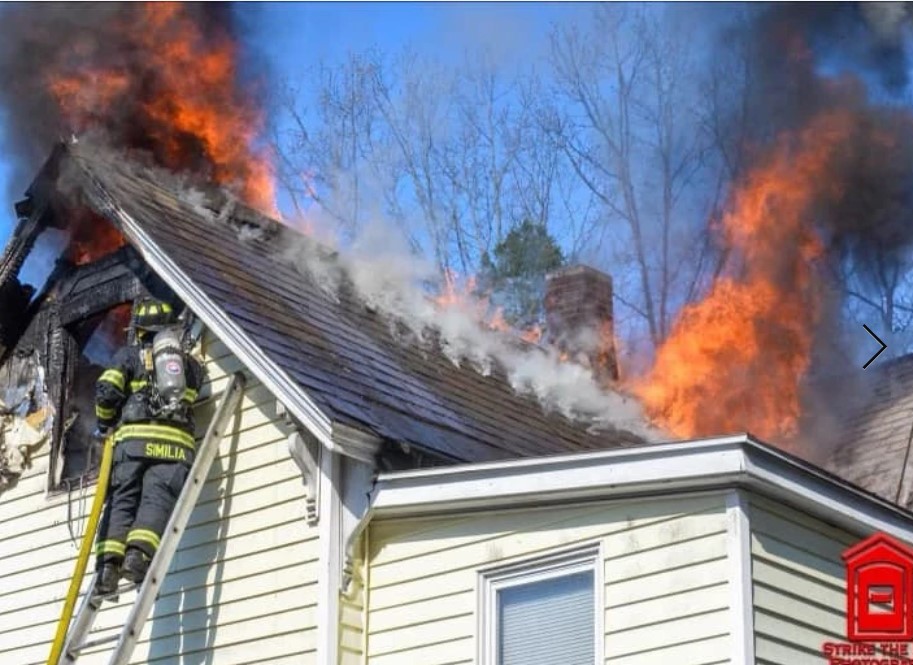 Seven fire departments from the area provided mutual aid to put out the fire, which originated from the top floors of the residence.

FITCHBURG — A family of five, their dog and multiple pet birds were displaced from their home following a three-alarm fire Sunday morning.

According to Fitchburg Fire Chief Dante Suarez, firefighters were dispatched to a two-family residence located at 164 Ashburnham Street shortly after 8:00 a.m. Upon arrival, they observed smoke and fire coming from the second and third floor attic space. The family and their pets were also outside of the building. No injuries were reported.

“We stretched multiple lines into the building, a second alarm was struck,” said Suarez.

After about a half hour, a third alarm was struck for backup before the fire was put out.

The fire caused significant structural damage to the building, which Suarez estimated could cost between $200,000 – $220,000 to repair.

“We checked with the assessor’s office,” said Suarez. “A lot of these properties are way underassessed at this point, but we are going to say about up to $220,000 of damage.”

The family was placed into temporary housing by The American Red Cross.

The cause of the fire is still under investigation.